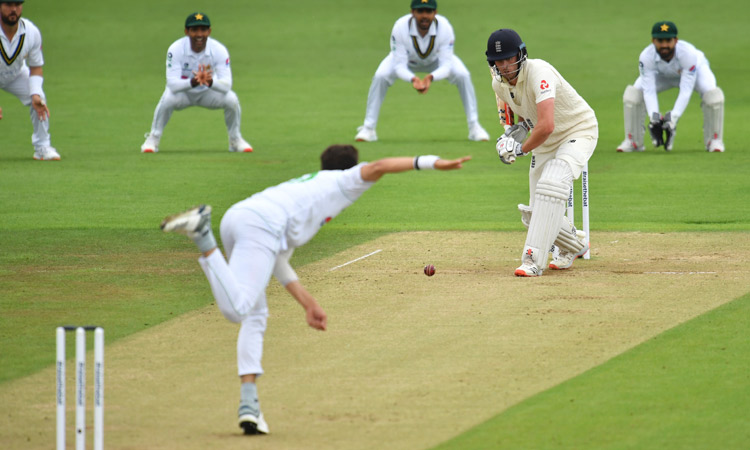 Shaheen Afridi bowls to Dom Sibley during the fourth day of the second Test match at the Ageas Bowl on Sunday. AP

England were 7-1 in reply to Pakistan's first innings 236 when rain stopped play at 12:00pm local time on the fourth day. 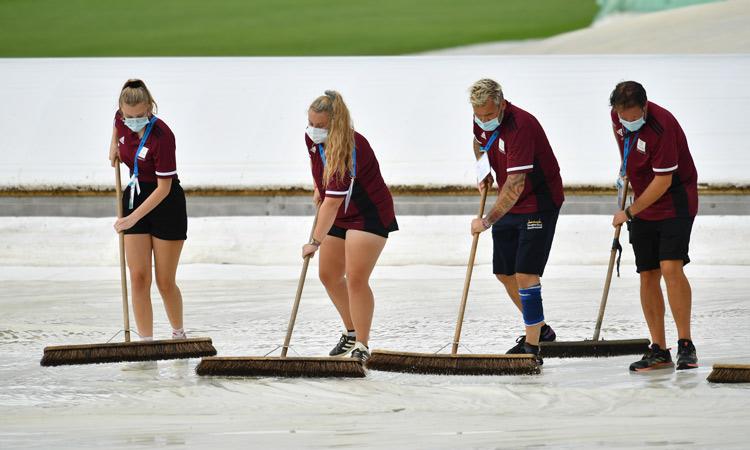 Ground staff remove water from the covers after rain stopped play on the fourth day at the Ageas Bowl. AP

In gloomy conditions that, with the floodlights on, favoured Pakistan's pacemen as they had England's quicks, left-arm fast bowler Afridi produced a superb delivery that moved away from left-hander Burns, who edged to second slip Asad Shafiq.

It took England until the third over to score their first run as Dom Sibley and Zak Crawley struggled against both Afridi and the accurate Mohammad Abbas. 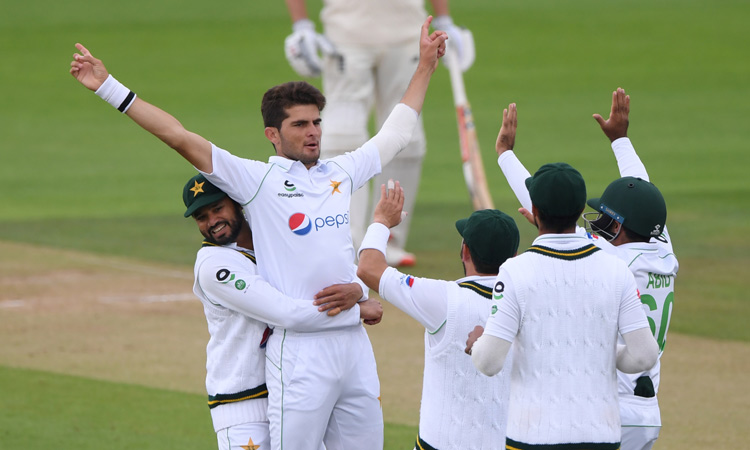 Shaheen Afridi celebrates with teammates after taking the wicket of Rory Burns. Reuters

When the umpires called a halt, Sibley was two not out and Crawley, recalled in place of Ben Stokes after the star all-rounder withdrew from this match to be with his ill father in New Zealand, five not out. There was no more play before lunch.

Pakistan resumed on 223-9 after rain had washed out the whole of Saturday's play in a match where bad weather had also curtailed the first two days.

And there was a further delay to the scheduled 1000 GMT start when, despite having had hours to prepare for the possibility, a member of the groundstaff had to bring out sawdust for the bowlers' run-ups. 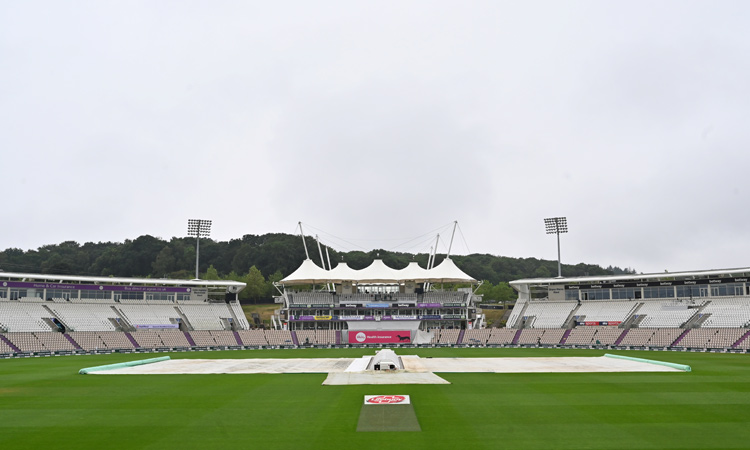 General view of covers on the pitch as rain delays the start of play. Reuters

Rizwan was then 60 not out — his second fifty in eight career Tests following his 95 against Australia in Brisbane in November.

The wicketkeeper, in partnership with dogged tailender Abbas (two off 20 balls), had taken Pakistan past 200 in a ninth-wicket after they had come together with the tourists struggling at 176-8.

Rizwan made his intentions clear by swingingly wildly, and missing, at James Anderson as he charged down the pitch to Sunday's first ball of the day.

The wicketkeeper did, however, make contact when he sliced a drive off Anderson over the slips to the third man boundary. 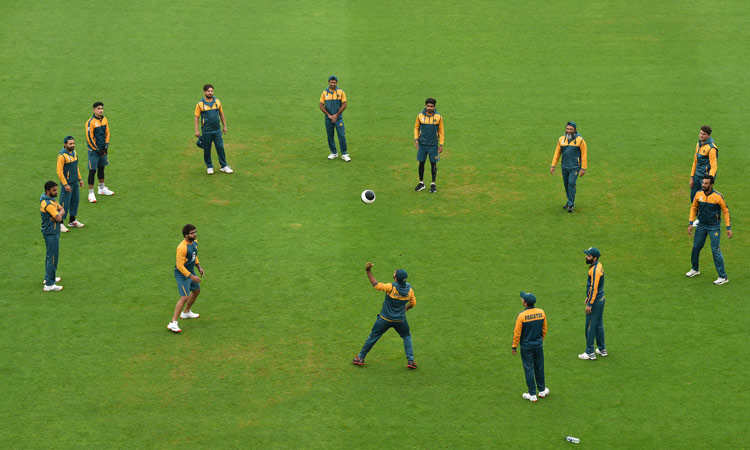 Rizwan also square-cut Anderson for a well-struck four before he was out when, aiming legside off Stuart Broad, he got a leading edge and was caught in the covers by Crawley.

Broad, who had already become the first England bowler since off-spinner Graeme Swann 11 years ago to take three wickets in seven consecutive Test innings, led the attack with 4-56 in 27.2 overs. 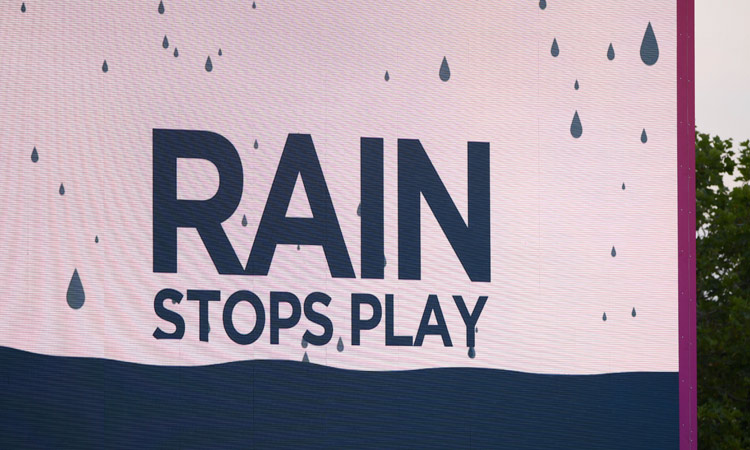 A 'Rain Stops Play' display appears on the scoreboard. AFP

Broad has taken 26 wickets in four Tests so far this season at a miserly average of 12.38.

Pakistan, 1-0 down in a three-match series after their three-wicket defeat in the first Test at Old Trafford last week, were also indebted to Abid Ali (60) and Babar Azam (47) for painstaking innings when the conditions were stacked against the batsmen.

Victory in this match will see England secure their first series win over Pakistan since 2010.