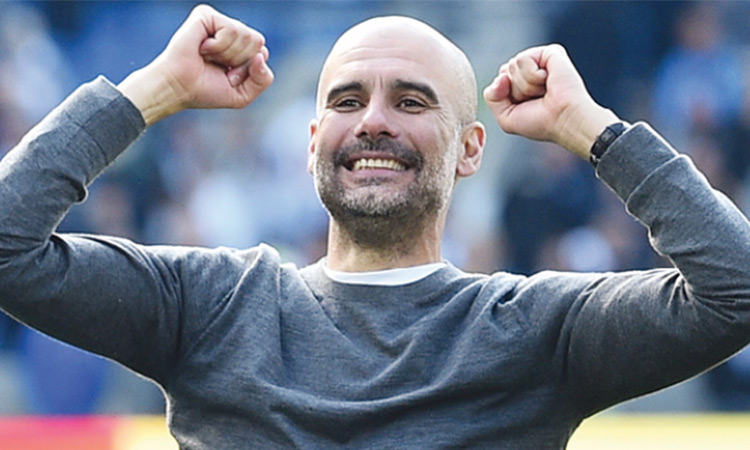 City can reach the last four for just the second time in the club’s history and the first since Guardiola arrived in Manchester four years ago with victory over the French side, who finished seventh in the curtailed 2019-20 Ligue 1 season due to the coronavirus pandemic.

But Lyon knocked out Juventus on away goals to make the last eight and after suffering plenty of Champions League heartbreak with Barcelona, Bayern Munich and City since he last lifted the trophy as Barca boss in 2011, Guardiola is wary of his side’s tag as competition favourites.

“There is no second chance, it is back in Manchester or stay here four more days. The approach is completely different,” said Guardiola at facing a one-match shootout rather than the normal two-legged tie at this stage of the competition.

City beat 13-time winners Real Madrid home and away in the last 16 to record their first ever knockout win over a former winner in the Champions League.

Another will await in one of Guardiola’s former clubs, Barca or Bayern, in the semi-finals should City progress, but the Catalan believes his side are now mentally ready to handle the pressures of the Champions League later stages.

“Of course it was so important to beat the kings of the competition (Madrid), but when you play this competition in just one game anything can happen,” added Guardiola.

“These games the mentality, the spirit, the head leads all the other things and I feel the players are ready to do it.”

Guardiola confirmed that Sergio Aguero remains in Barcelona recovering from a knee operation so will not feature on Saturday and is highly doubtful to return even if City make it all the way to the final on Aug.23. The French side also showed what they are capable of in taking four points from a possible six against City in the group stages of in last season’s Champions League.

However, the enormous financial gap between the clubs is highlighted by the fact that Lyon have to routinely sell their prized assets with Nabil Fekir, Tanguy Ndombele and Ferland Mendy all departing last summer, while City have the resources to keep throwing money at the dream of winning the Champions League.

Deposed as champions of England by Liverpool, City have already begun strengthening for next season with the signings of Ferran Torres and Nathan Ake, but it is the next week in the Portuguese capital that could present the club’s best ever chance of Champions League glory.

One of Guardiola’s former clubs, Barcelona or Bayern Munich, will lie in wait for the winner between City and Lyon, but they are the only two former winners left in the competition.

Guardiola has often bemoaned the lack of atmosphere at the Etihad for big European nights compared the cauldrons of the Camp Nou, Anfield or Santiago Bernabeu, but a behind closed doors environment for all remaining games negates that disadvantage. Bar Aguero’s absence, City also have a clean bill of health and have been building towards the latter stages of the Champions League ever since football’s return from a three-month shutdown in June with Liverpool already out of sight in the Premier League.

Defensive problems could still prove their undoing as they did in losing nine times in the Premier League this season.

Converted midfielder Fernandinho is starting at centre-back at 35, while doubts remain over who Guardiola will trust at left-back when Benjamin Mendy returns from suspension for the quarter-finals.

However, much of the damage to City’s title defence was done prior to centre-back Aymeric Laporte’s return from injury.

Further forward Kevin De Bruyne underlined his claim to be the world’s best midfielder against Madrid, while the Spanish champions struggled to contain Raheem Sterling and Gabriel Jesus.

City undoubtedly have the talent, now they also believe it is their time in the Champions League. 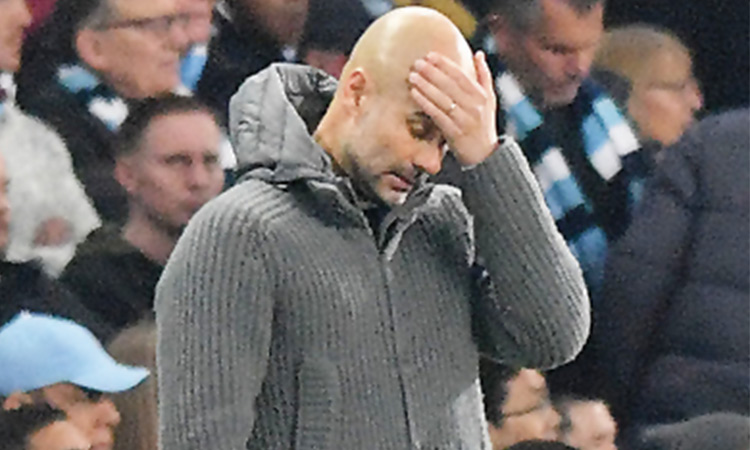 Manchester City have been banned from European competitions for the next two seasons for “serious financial fair-play (FFP) breaches”, UEFA announced on Friday, with the verdict immediately contested by Pep Guardiola’s English champions. 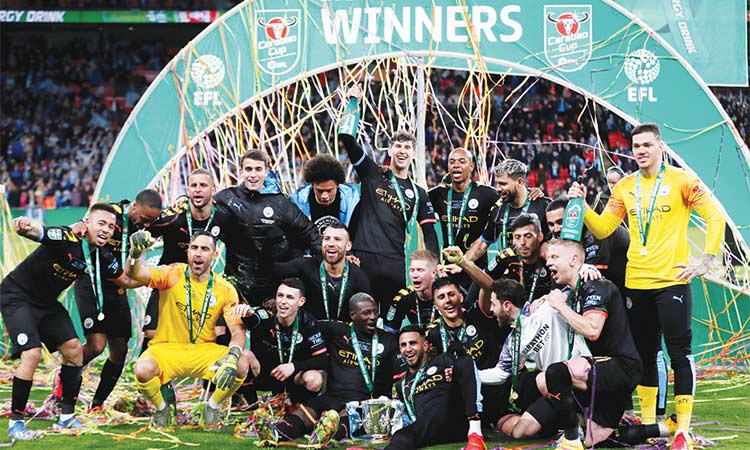 Coach Pep Guardiola hailed Manchester city after they continued their dominance in the League Cup, lifting the trophy for the third successive years with a 2-1 win over Aston Villa. 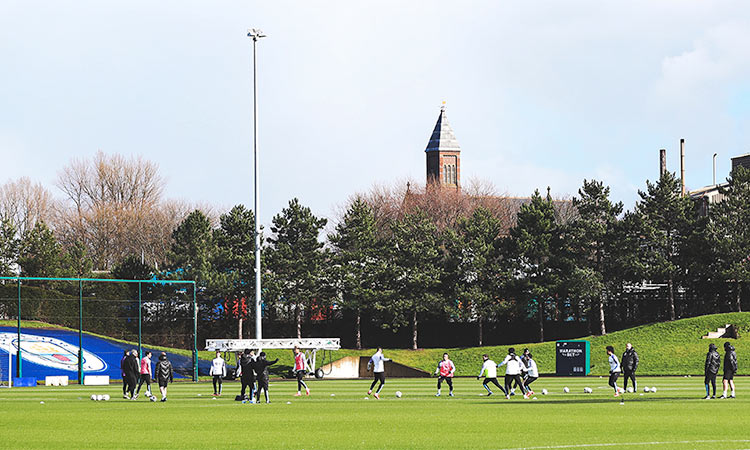 Guardiola wary of ‘best’ Utd side ahead of derby clash

Pep Guardiola says Manchester City will face the “best” Manchester United team of the season in Sunday’s derby as they prepare to go head-to-head for the fourth time this season.