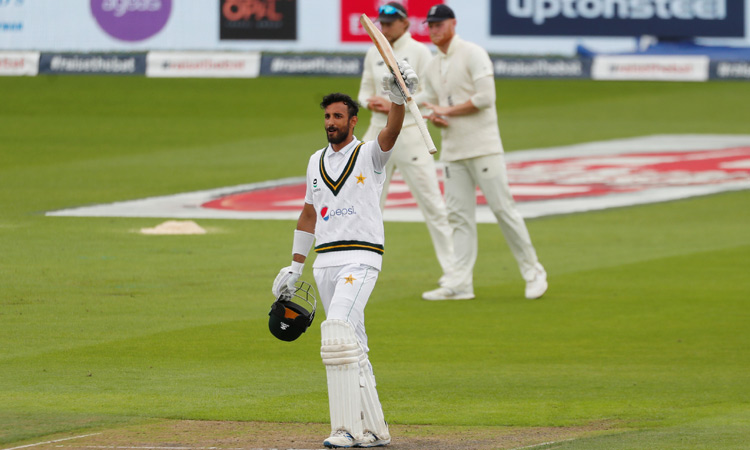 Shan Masood joined a select group of Pakistan batsmen to have scored hundreds in three successive Test innings as his excellent century led the tourists to 326 all out against England on the second day of the series opener at Old Trafford.

He received excellent support from Shadab Khan (45) in a sixth-wicket stand of 105 that turned the tide after Pakistan had been struggling at 176-5.

Pakistan had managed just 48 runs for the loss of three wickets in Thursday's first session to reach 187-5 at lunch.

But with five overs until the new ball, England captain Joe Root then bowled his own occasional off-breaks as well as frontline spinner Dom Bess immediately after the interval. 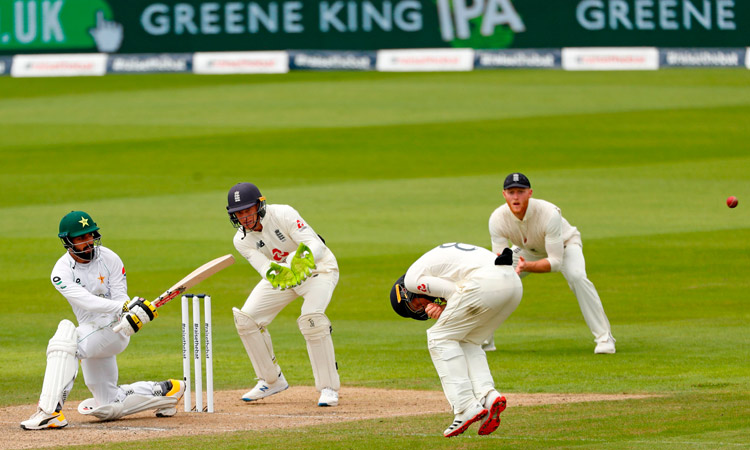 They bowled several loose deliveries to release the pressure on the batsmen, Masood and Shadab adding 27 runs in the first five overs after lunch.

Although Root took the new ball as soon as he could, with Pakistan 214-5 off 80 overs, the sixth-wicket pair were well set and the runs continued to flow.

There were no nervous 90s for Masood, who had been reprieved twice on 45 by Jos Buttler on Wednesday after the wicketkeeper dropped a catch and missed a stumping off the unfortunate Bess.

Two late-cut boundaries off Stuart Broad took him to 96 before twos off Broad and James Anderson saw Masood, who struggled during Pakistan's 2016 tour of England, to a 251-ball century, including 13 fours.

With the series being played behind closed doors because of the coronavirus, there was none of Pakistan's traditional enthusiastic crowd support to acclaim the landmark.

Instead, Masood's team-mates clapped and cheered the 30-year-old from the changing room balcony, with Pakistan great Younis Khan — now the batting coach — joining the applause. 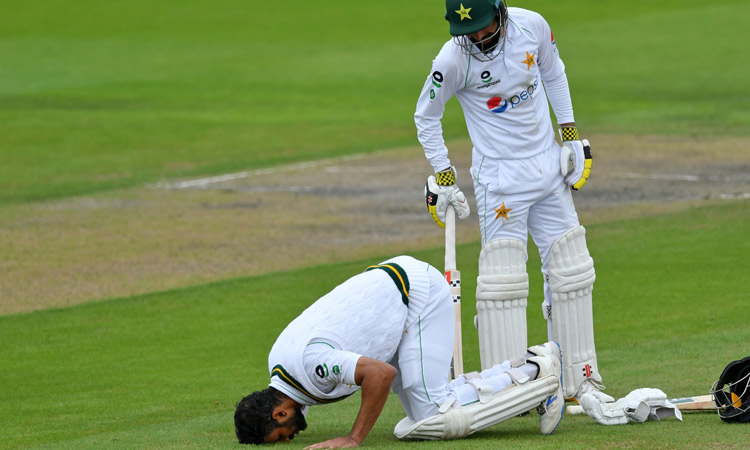 As well as being his fourth hundred in 21 Tests, and a first against England, it was also Masood's third in a row, after his century against Sri Lanka was followed by 100 against Bangladesh in Rawalpindi in February.

All-rounder Shadab holed out off Bess with a mistimed slog to mid-on.

He eventually fell lbw after tea to Broad, having faced 319 balls, hitting 18 fours and two sixes.

Earlier Anderson, England's all-time leading Test wicket-taker, struck with just the sixth ball of the day when he had Babar Azam edging to Root at first slip on 69.