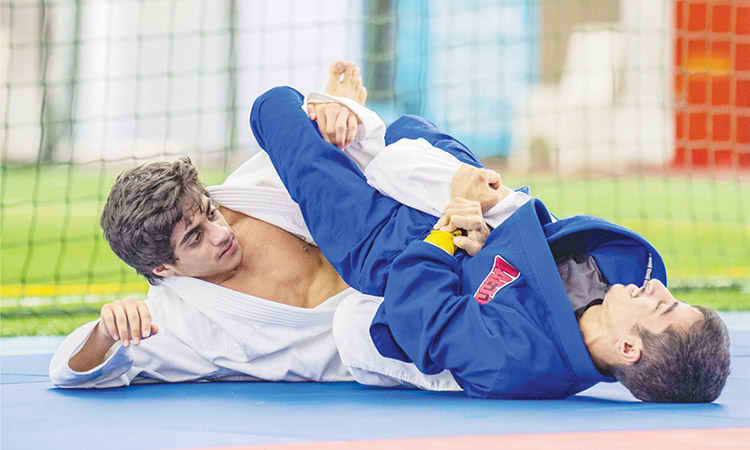 The camp will run until August 23 in Abu Dhabi, providing amateurs an unmissable opportunity to train alongside elite fighters

The three-week camp, which runs until Aug.23 in collaboration with International Vision Investment Group (IVI) at the Armed Forces Club, is also providing a platform for aspiring young amateurs to pick up tips and advice from the country’s best fighters and guidance from the Federation’s leading coaches.

With the UAEJJF having announced intentions for the 2020 edition of the showpiece Abu Dhabi World Professional Jiu-Jitsu Championship (ADWPJJC) and the Jiu-Jitsu World Championship to be held in November, the UAE national team coaches are using the camp to assess the technical levels of their athletes ahead of a pursuit of glory on the global stage at the Asian Beach Games and Asian Indoor Games.

Ramos Lemos, head coach of the UAE jiu-jitsu national team, said: “Many of our fighters have been training regularly since May and through this camp we can effectively measure their progress. The end of the year will be a busy time for the national team with a number of competitions and we are focusing on tailoring training schedules with an eye on the specific types of opponents that our fighters are expecting to face at the ADWPJJC 2020 and the Jiu-Jitsu World Championship.”

The camp has a healthy mix of more than 70 participants at varying stages of development in the sport and Lemos said the presence of seasoned fighters in the same group will greatly help young athletes just starting out in the sport.

“This camp is a great opportunity for young players to observe and interact with some of the best fighters in the country. It can serve as inspiration for youngsters to share a mat with some of the UAE’s biggest heroes. This is a chance to discover stars of the future, but most importantly to instill a passion for the sport from a young age.”

Mubarak Al Menhali, the technical director at the UAEJJF, added that the camp aligns with the Federation’s commitment to ensure the athletes are fully prepared for the ADWPJJC and a busy season.

He said: “We are keeping a close eye on the conditioning of our fighters. We want our fighters to stay fresh and ready for prestigious tournaments such as the ADWPJJC and for the national team’s commitments.

“The UAEJJF has facilitated the resumption of training for our athletes following the enforced break through these camps and competitions. We are committed to providing more such avenues for our athletes to make the most of their talent and bring glory to the nation on the international stage,” he added.

Last month, the UAEJJF organised the Vice President’s Cup at the Jiu-Jitsu Arena in Abu Dhabi.

The third and final round of the Vice President’s Cup, conducted in strict adherence to local and federal health protocols, brought an end to the 2019-2020 domestic season of the UAEJJF and saw enthusiastic participation of some of the top jiu-jitsu clubs in the UAE.