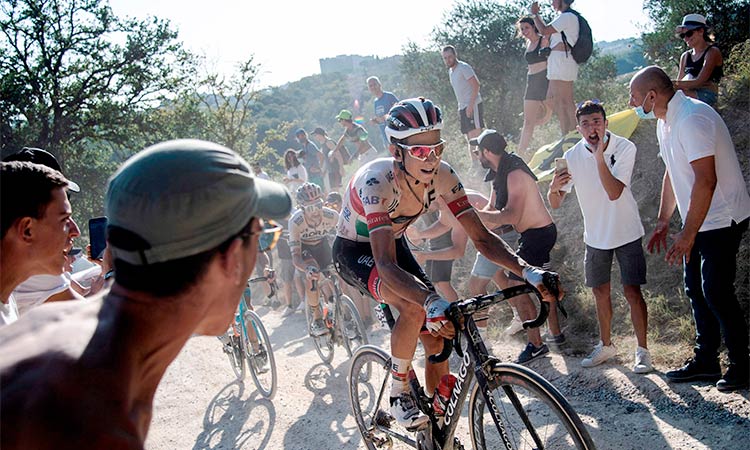 After a strong squad performance at the Vuelta Burgos, which included a win for Fernando Gaviria, UAE Team Emirates continued their successful season restart with Italian national champion David Formolo taking a well-earned podium spot at Strade Bianche — the first World Tour event to be hosted since racing was postponed in March.

Belgian Wout Van Aert (Jumbo-Visma) took the victory after a solo attack with 12km to go. Formolo chased hard along the white gravel roads of Tuscany to secure second place, along with Max Schachmann (Bora-Hansgrohe) who trailed behind and rounded out the top three.

Formolo: “It has been a beautiful race. I really suffered with the heat, and also because we have trained for a month in altitude. It’s always great to race at Strade Bianche, there a little bit of regret for having missed a beautiful victory, but the second place is a good result anyway and tops-off a good week for the team. Now I’ll look towards Milan-San Remo which is a different style of parcours but we’ll give give it our best.”

Vincenzo Nibali crashed with Peter Sagan also among the many riders who failed to finish the gruelling race.

Earlier in the day, Dutch rider Annemiek van Vleuten won the women’s race on the famous white dirt roads for the second year in a row.

The 37-year-old Mitchelton-Scott rider crossed 22 seconds ahead of Margarita Garcia Canellas of Ale BTC Ljubljana with the Spaniard having led for much of the 136km race through the rolling hills and white gravel roads of Tuscany.

“I thought my race was over after 90km,” said the Dutch rider.

“Then the speed of my group went up and I made my move during the second to last gravel sector, heading uphill.

“I couldn’t see anything because of the dust, it was quite different from the racing conditions in March but still beautiful and super hard.”

American Leah Thomas of Equipe Paule Ka was third at 1min 53sec in the race which had originally been scheduled for March 7 but was postponed because of the coronavirus pandemic.

Many of cycling’s top stars were on the starting line including Egan Bernal and Chris Froome of Ineos, while French climber Thibaut Pinot fell late on in the race.

“It came down to the bike throw,” Coquard said, of the cycling tactic where the rider shifts backwards of his seat while shoving the front of the bike suddenly forwards.

He said he had come to the race “to enjoy the feeling of racing again and at the same time sharpen my fitness for the Tour”.

“The key thing is to have a good time. We are so happy to get involved in a race, see the other teams and all that,” Bernal said with the delayed 2020 Tour set to get underway in four weeks’ time.

The 35-year-old British rider is in the last year of his Ineos deal and will ride for Israel Start-Up Nation next season. 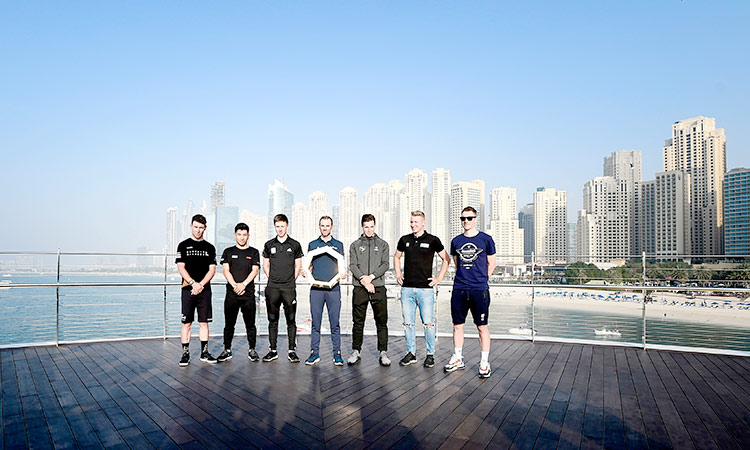