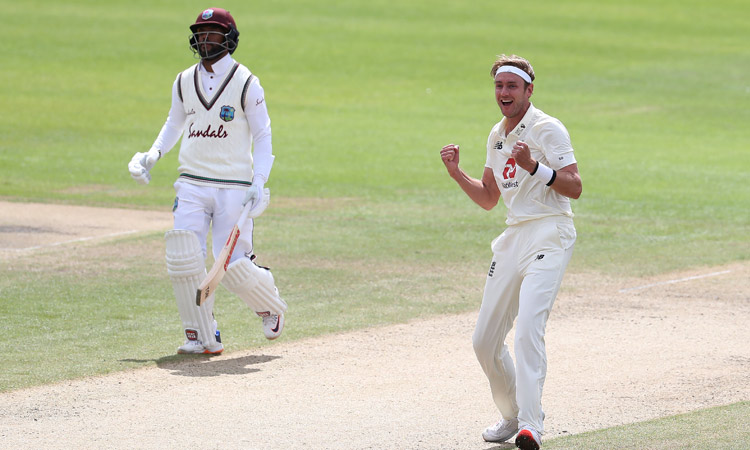 Stuart Broad celebrates taking the wicket of Kraigg Brathwaite, his 500th Test wicket, on the final day of the third Test match at Old Trafford on Tuesday. Reuters

Stuart Broad joined one of cricket's most exclusive clubs when he took his 500th Test wicket on Tuesday as England completed a series-clinching win over the West Indies at Old Trafford. 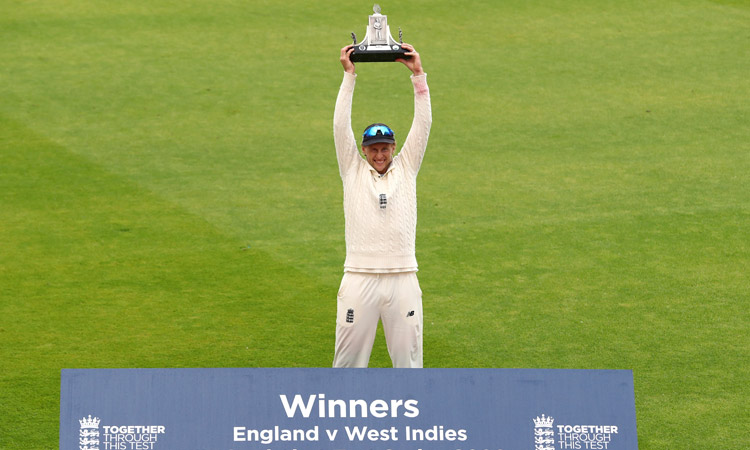 The 34-year-old became just the seventh bowler and fourth pacemen to reach the landmark when he had opener Kraigg Brathwaite plumb lbw for 19 on the fifth day of the third Test.

Broad finished with a match return of 10-67 in addition to the dashing 62 he made batting at No.10 in England's first innings 369 that featured Ollie Pope's 91. 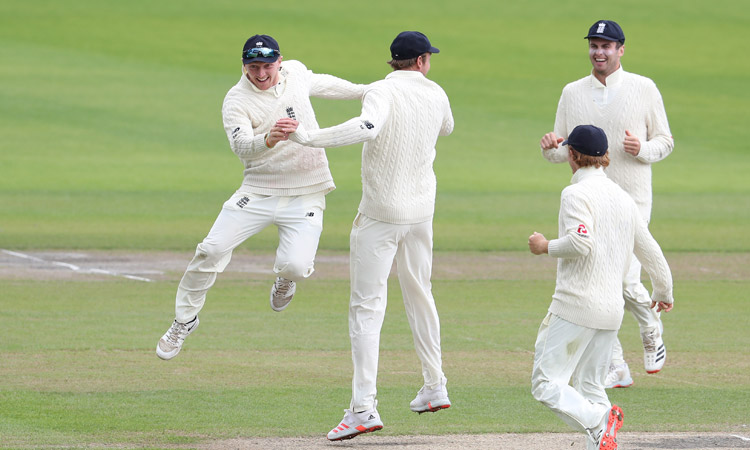 Victory saw England, who controversially left Broad out of the side that lost the first Test at Southampton by four wickets, complete a 2-1 win in a three-match series and regain the Wisden Trophy they lost in the Caribbean last year.

West Indies were left thinking about how they could have escaped with a draw when, soon after their defeat, rain hammered down at Old Trafford.

Man-of-the-match Broad, playing in his 140th Test, had been stranded on 499 wickets when, after he had already taken eight in this match, rain washed out the whole of Monday's fourth day.

He reached the 500-mark on Tuesday when a full-length ball struck Brathwaite's back pad, with the opener not bothering to review umpire Michael Gough's decision because he was so clearly out. 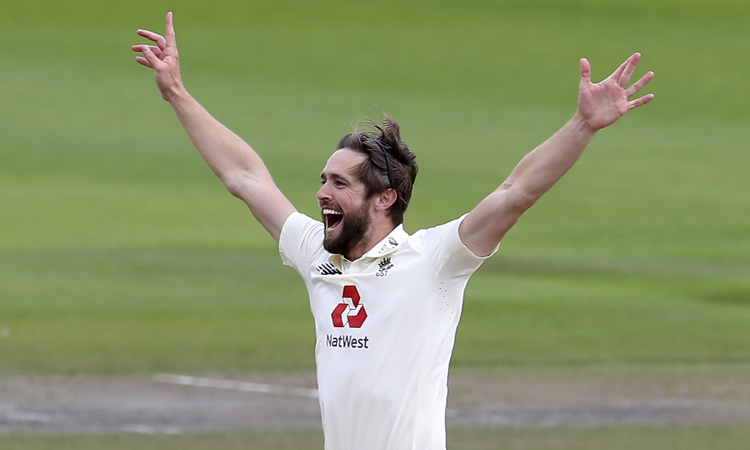 "It feels amazing," Broad told Sky Sports of his landmark achievement, which came during a behind close doors series that marks international cricket's return from the coronavirus lockdown.

"I want to say a huge thank you to the West Indies too, the sacrifice they've made. This summer wouldn't be happening without them.

Broad's father Chris — a former England opening batsman — was at Old Trafford to witness his son's achievement in his role as the match referee.

"It's a shame that my friends and family can't be here to give a little wave to but it was great to have my dad here," said Broad.

"It was special to get 500, it's great to have one family member here ... It feels great to do it when contributing to a win."

"What a stat that is that we got both Brathwaite for our 500," said Broad.

"He (Anderson) came to me yesterday when we were batting and said you know who it's going to be, 'Kraigg Brathwaite'."

Broad took the first three West Indies wickets to fall in their second innings of this match.

The only seamers ahead of Broad are Anderson (589 wickets) and Australia's Glenn McGrath (563) and the West Indies' Courtney Walsh (519), both of whom are retired.