Ronaldo is the Michael Jordan of football, says United’s Lingard 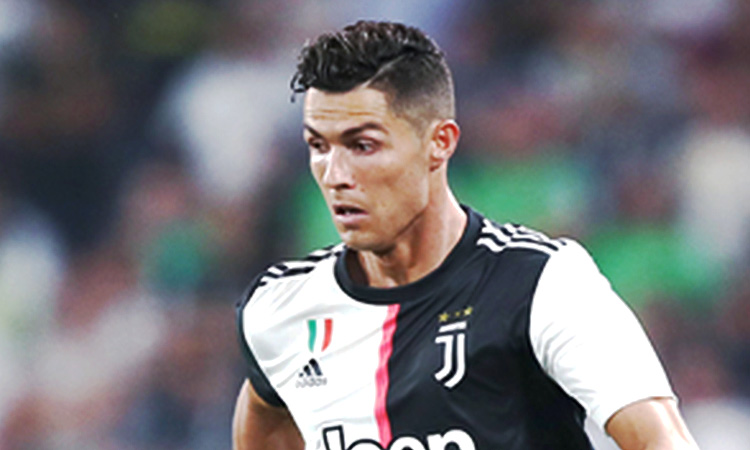 Ronaldo, 35, is still going strong and recently led Juventus to their ninth successive Serie A title. His goal-scoring feat has been off the charts in Italy, similar to what he did with Manchester United in England and Real Madrid in Spain.

Ahead of the restart of the 2020 NBA season on Thursday, Lingard compared Ronaldo to Jordan, who won six titles with Chicago between 1991 to 1998 and was also named as finals’ MVP in every title-winning campaign.

“I have to say Cristiano Ronaldo,” Lingard told Sky Sports. “Everything he has achieved in his career. He has been at plenty of clubs and won many trophies. I believe he is a real icon of football, the Michael Jordan of football.”

Lingard also jogged down memory lane and spoke about his meeting with Ronaldo at Old Trafford while he was in the club’s youth academy and the latter was strutting his stuff in Premier League, week in and week out.

“When [Ronaldo] first came to Manchester United, I was 11 or 12. We did a skills DVD and it was him teaching us skills which was good. That was the first time I had seen him. He was young and skinny when he came [to the club],” Lingard said.

“I have played against him a few times. Did he give me trouble? No, he wasn’t too bad, to be fair! There was one game in pre-season where he came on and you could see the skills and the qualities that he brought,” he added.

Lingard recently scored in Manchester United’s 2-0 win over Leicester City that helped them finish third in the Premier League. Also, they sealed a spot in next season’s Champions League along with champions Liverpool, second-placed Manchester City and Chelsea, who finished fourth.

Juve could lose Dybala for CL : Argentina forward Paulo Dybala faces a race to be fit for Juventus’s Champions League last 16 return-leg game against Lyon on Aug. 7 after the Italian champions confirmed Monday he had suffered a thigh injury.

Both Dybala and Brazilian right-back Danilo were forced off as Juventus sealed a ninth consecutive league title with a 2-0 win over Sampdoria in Turin on Sunday night.

Juventus said that tests on Dybala on Monday “revealed an elongation of the rectus femoris muscle of the left thigh. His condition will be evaluated day by day.”

That type of injury usually requires between 10 days and two weeks recovery time.

Dybala will miss Juventus’s final two league games against Cagliari and Roma this week, and is at risk for the match against Lyon in Turin, when they need to overturn a 1-0 deficit from the first match in France.

The 26-year-old has been a key member of Maurizio Sarri’s side this season with 17 goals in all competitions, including 11 in the league.

“Cristiano (Ronaldo) and Dybala made the difference,” said Sarri on Sunday.

“This Scudetto is in large part thanks to them.”

Right-back Danilo was, however, given the all-clear after taking a knock as his “tests were negative”.

Douglas Costa is set to miss the last-16 decider after the Brazil forward picked up a right thigh injury last week.

Costa is an important member of Sarri’s squad despite inconsistent displays and fitness issues, the 29-year-old has often been brought on as an impact substitute in the second half.

Juventus are targeting a third Champions League title and first since 1996, having finished runners-up seven times, most recently in 2015 and 2017. 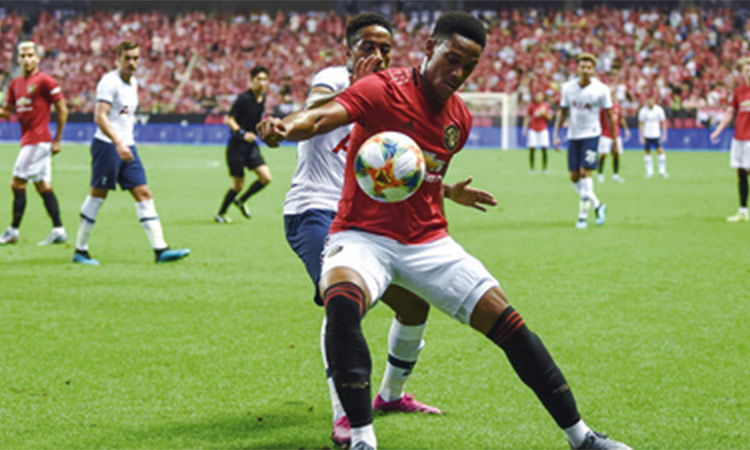