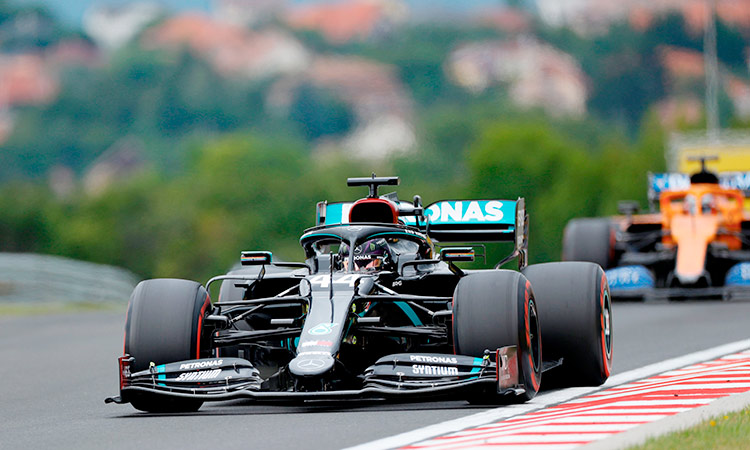 Mercedes’ Lewis Hamilton steers his car during the qualifying session for the Formula One Hungarian Grand Prix at the Hungaroring circuit in Mogyorod on Saturday. Agence France-Presse

Lewis Hamilton broke the circuit lap record and drew level with Michael Schumacher for another feat on Saturday as he claimed a record-increasing 90th pole position for Sunday’s Hungarian Grand Prix.

The six-time world champion clocked a stunning time of one minute and 13.447 seconds on his second run in final qualifying to finish just ahead of team-mate Valtteri Bottas as Mercedes reeled off their 65th front-row lockout.

It was Hamilton’s second successive pole of the COVID-19 delayed season and a Schumacher-equalling seventh pole at the Hungaroring, where he seeks his eighth victory to draw level with another Schumacher achievement for wins on the same track.

“I have to pinch myself,” said Hamilton. “It doesn’t register. It’s quite humbling because I work with an incredible bunch of people who do an amazing job here and back home.

“And Valtteri doesn’t make it easy for me. It takes perfection to do laps like that so this is one of the things I enjoy most.”

Bottas said he expected it to be close. “We seem to be on another level, pretty far ahead of the others. My laps were ok, but I couldn’t go faster really.”

Behind the two ‘black arrows’, the controversial ‘pink Mercedes’ of Racing Point were third and fourth with Lance Stroll and Sergio Perez ahead of a much-improved showing by four-time world champion Sebastian Vettel and Charles Leclerc for Ferrari.

“I am very happy at the moment,” said Stroll. “Was strong all the way through qualifying, the whole weekend, really.”

Max Verstappen was a disappointed seventh for Red Bull, Lando Norris eighth ahead of his McLaren team-mate Carlos Sainz with Pierre Gasly, in his 50th Grand Prix, 10th for Alpha Tauri.

On a cool, damp afternoon at the Hungaroring, where blazing sunshine has been the norm over 35 years, the air temperature was 19 degrees and the track 28.6 as the session began.

The Q1 action produced drama and suspense, the track evolution - as the temperature fell -- creating faster times right to the final seconds.

This resulted in the two Racing Points snatching first and second places ahead of Hamilton’s Mercedes, with Perez leading Stroll in the ‘pink panthers’ private duel.

Out went Kevin Magnussen of Haas, Daniil Kvyat of Alpha Tauri, Romain Grosjean in the second Haas, Antonio Giovinazzi and his Alfa Romeo team-mate Kimi Raikkonen, four of them powered by Ferrari engines.

For the first time since the 2018 Italian Grand Prix, Williams saw both cars through to Q2, George Russell winding up in ninth place. “That’s a lap! That’s a lap!” he shouted aloud on team radio.

In Q2, Hamilton was soon on top with 1:14.261, pursued by Bottas, two-tenths adrift, both running on medium compound tyres while behind them, on softs, Vettel and Verstappen led the chase.

Leclerc jumped to third in the final seconds as Daniel Ricciardo of Renault failed to make the top-10 shootout along with the two Williams of Russell and rookie Nicholas Latifi, Esteban Ocon in the second Renault and Red Bull’s Alexander Albon.

The luckless London-born Thai driver complained on team radio: “Sorry, guys, but I told you ‘Don’t put me in traffic’.”

He had earlier struggled with his car’s balance and handling, problems that the team intended to solve during a ‘night’ shift on Friday.

In Q3, Mercedes again set the pace with Hamilton breaking the track lap record and the 1:14 barrier with a lap in 1:13.613 and Bottas three-tenths adrift on their opening runs. 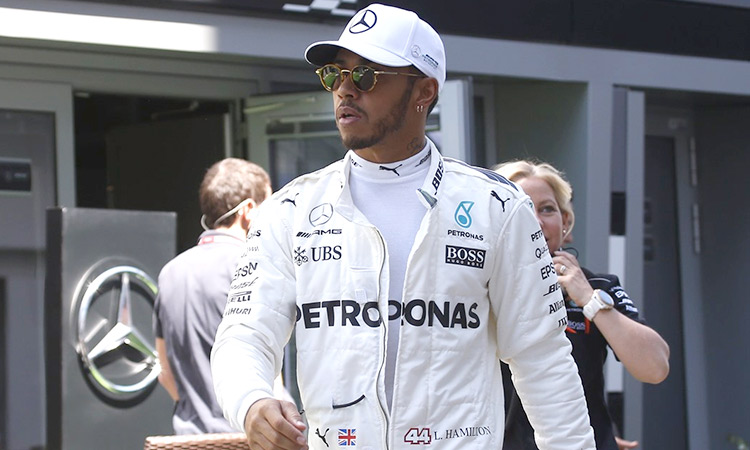 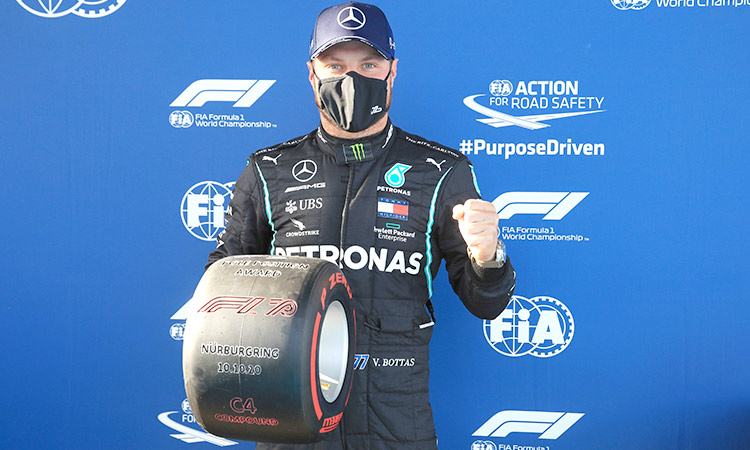