Tunisian ‘Sniper’ readies for the kill on UFC debut against Alhassan 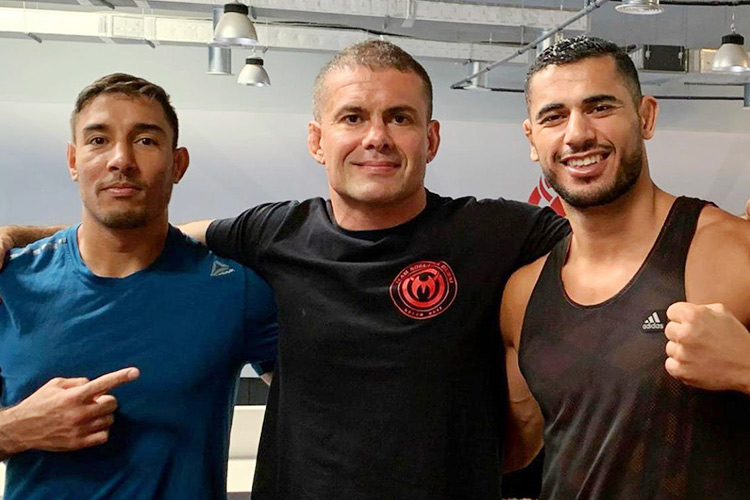 This will be the second of the four events that are scheduled to take place at Fight Island in July, 2020.

The four-show series was created by the UFC primarily to allow its international athletes to compete during the coronavirus pandemic.

The highlight of the card is a featherweight bout between Calvin Kattar and Dan Ige.

The UFC Fight Night 172 will also be witness to a historic moment as Mounir Lazzez, nicknamed The Sniper, will become the first Arab fighter to make an UFC debut.

The Tunisian fighter will lock horns with Ghana’s veteran Abdul Razak Alhassan and hopes to leave his mark.

Lazzez has been based in Dubai for close to nine years and works as a coach with famed Team Nogueira Dubai Martial Arts and Fitness Academy.

He rates Rafael Haubert, managing director of Team Nogueira Dubai, as his mentor.

The Tunisian, who relocated to Dubai in 2012, has enjoyed a successful MMA career, with his most recent victory coming when he stopped Arber Murati in just 59 seconds at Probellum in Dubai in February.

Alhassan, who has five UFC outings under his belt, hasn’t been in the octagon since a 43-second knockout of Niko Price in September 2018.

Alhassan has won his four out of five bouts through first-round stoppage victories.

His only defeat came when he lost to Omari Akhmedov.

“It’s like a dream come true for me. Fighting on a UFC card has always been my dream since I started practising MMA,” said the former Desert Force welterweight champion.

Lazzez, who got a chance to be a part of UFC after one of his friends in the US showed his knockout highlight reel to UFC president Dana White, shrugs off feeling any pressure.

“Though Alhassan is a tough opponent and I know it’s not going to be a easy contest. But I am ready to show him my level too.

“With training all year round I always stay in shape and ready for the challenge,” he added.

Excited over making a debut in Abu Dhabi, Lazzez said: “I have been in the country for the past nine years, so this is a proud moment for me to fight at the Fight Island in Abu Dhabi.”

Lazzez got tips for the debut from one of the pioneers of Brazilian Jiu-Jitsu in the UAE, Haubert.

Haubert, a renowned instructor and esteemed mentor, is holder of a 4th degree black belt under the legendary Ze Mario Sperry.

After arriving in the UAE in 2009, Haubert launched Team Nogueira Dubai – a prestigious international academy — in 2013.

A two-time World Champion and European Champion, and a long-time friend of the Nogueira twins, Rodrigo and Rogerio, the founders of Team Nogueira, Haubert has managed to attract an A-list of trainees at his elite academy in Dubai, including members of UAE royal families and some of the country’s top jiu-jitsu stars.

“His participation will help UFC gather pace in the country and be a huge inspiration for the members of the club,” he added.

Haubert’s arrival on the UAE shores dates back to 2009, straight after he organised the first European trial in Spain, for the first World Professional Jiu-Jitsu Championship in Abu Dhabi. 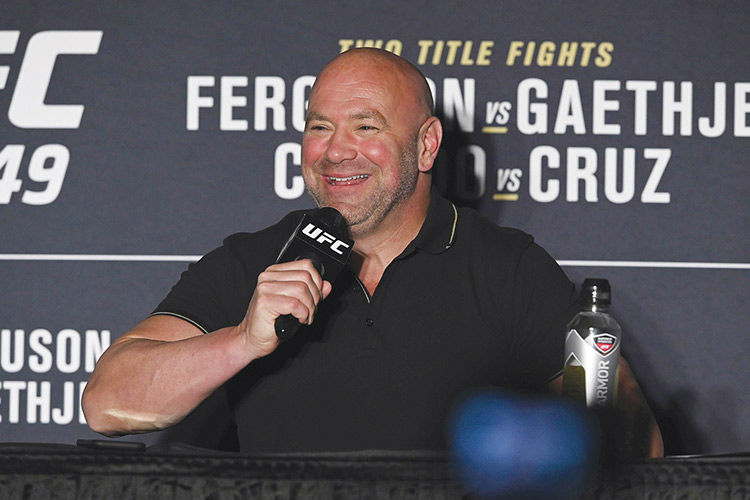