Federer almost the perfect tennis player on and off court: Edberg - GulfToday

Federer almost the perfect tennis player on and off court: Edberg 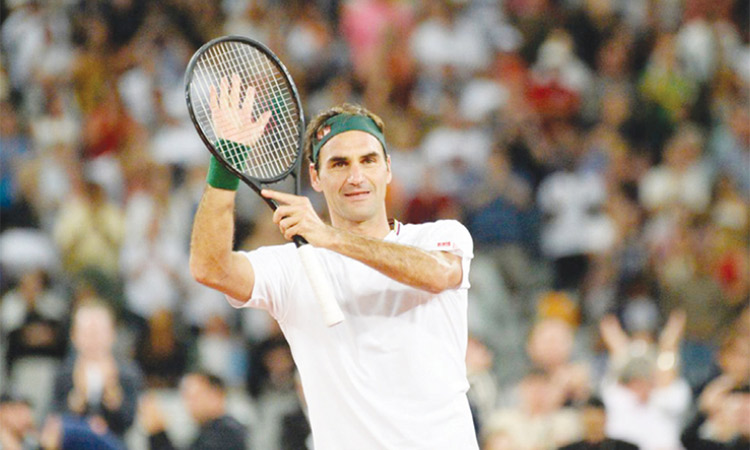 Former Swedish World No.1 Stefan Edberg said that Swiss great Roger Federer is set apart by the kind of all-round ability that he possesses. Edberg coached Federer between January 2014 and December 2015.

“Like I said to Roger, he looks so easy when he plays, he floats around the court. He’s got grace, he’s got power, he’s got touch, he’s got everything you wish for. He’s almost the perfect tennis player as I see it—both on and off-court. So he’s very special like we all know,” Edberg told Eurosport.

Edberg said that Austrian Dominic Thiem is a player he feels is closest among the younger generation of men’s tennis players who can match up to the incredible career stats of Federer, Rafael Nadal and Novak Djokovic.

Between the 2003 Wimbledon, which was Federer’s first Grand Slam win, and the Australian Open 2020 which Djokovic won, the trio have won 56 of the 67 Grand Slam titles.

“He showed he could have won the Australian Open this year very easily,” the Swede said about Thiem. “That was a big chance for him. If Rafa wasn’t there, he’s going to win the French Open one day. He’s probably the closest one today, I would say.

“But at the same time, (Alexander) Zverev has shown a lot of potential, sort of lost track a little bit, but it doesn’t take much to get back on the right track again.

“(Stefanos) Tsitsipas has shown some… He’s definitely knocking on the door as well. I probably can add a few others. But Thiem, I would say at the moment.

“Over the last 10, 12 years, it’s been three, four players dominating the game. Lately three players and if you look at the last couple of years, they’ve won all the Grand Slams.

“They’ve been incredible for this sport. It would have been nice to have a new young winner while Novak and Roger and Rafa are still around.

“It’s probably going to take some time for these young players because you need to win a Slam to start with and maybe need to win two, three, and then you’re sort of people start knowing about you.”

Meanwhile, the Swiss Indoors tennis tournament has been canceled because of the coronavirus pandemic.

Organisers say it would be “irresponsible and logistically difficult to go ahead” amid uncertainty about public health and the economy.

Tournament head Roger Brennwald says “social distancing or matches played behind closed doors were out of the question for us from the start.”

Federer is a 10-time champion at the tournament in his hometown of Basel but he was set to miss the 50th edition of the event. He is skipping the rest of the 2020 season to let his right knee recover from two surgeries.