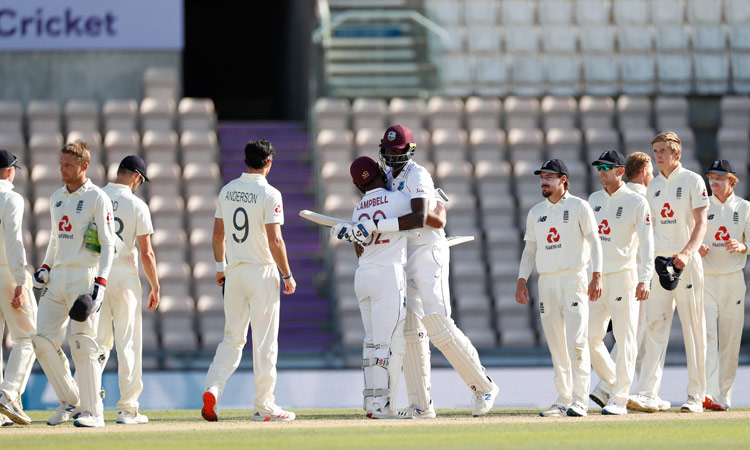 Jermaine Blackwood made a superb 95 as the West Indies beat England by four wickets in the first Test at Southampton on Sunday.

The West Indies, set 200 to win on the last day, were reeling at 27-3 after England fast bowler Jofra Archer's early double strike. 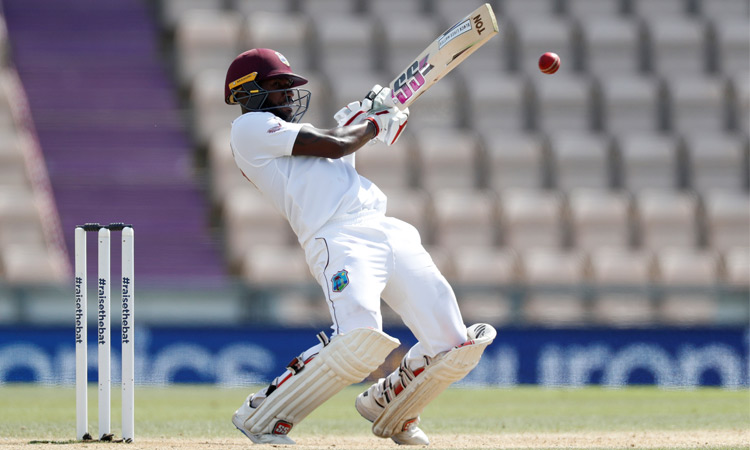 Blackwood evades a rising delivery during the fifth day of the first Test. AP

Blackwood, however, held firm until, in sight of just his second Test century, he drove England stand-in captain Ben Stokes to James Anderson at mid-off, with the visitors needing just 11 more runs to win.

But John Campbell, forced to retire hurt on one after being struck on the toe by Archer, returned to hit the winning runs. 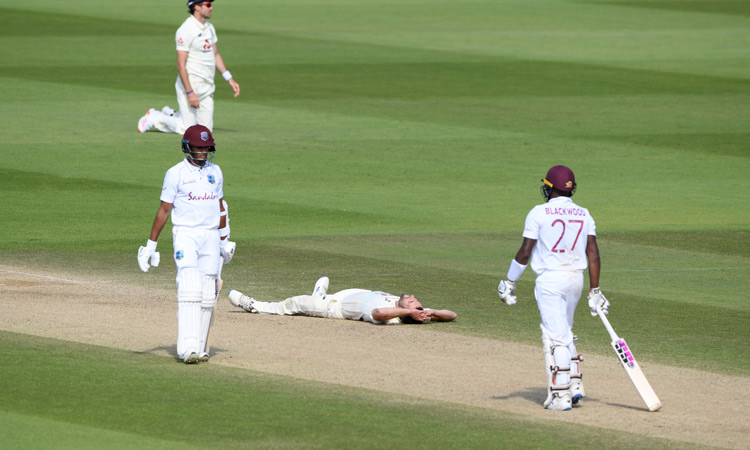 England's Mark Wood reacts as he lies on the ground after Jermaine Blackwood (R) hit a boundary on his delivery. AP

West Indies captain Jason Holder, the world's top-ranked Test all-rounder ahead of Stokes, was 14 not out.

The match was a personal and tactical triumph for Holder, who took a Test-best 6-42 in England's lowly first innings 204 after Stokes, leading the side in the absence of Joe Root, won the toss and batted.

Although they hold the Wisden Trophy, the West Indies have not won a Test series in England for 32 years.

But this victory put them 1-0 up with two to play in a behind closed doors series ahead of next week's second Test at Old Trafford. 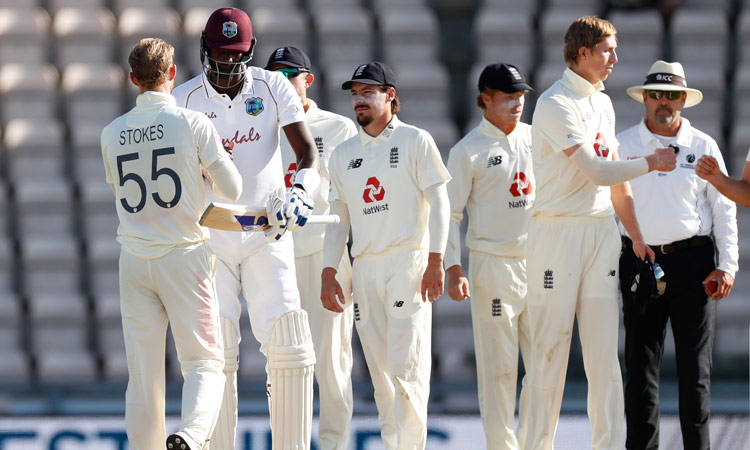 It was a thoroughly deserved success for the West Indies, who went ahead with their tour despite more than 44,000 deaths in Britain from the coronavirus during the pandemic.

But it might have been a different story for England on Sunday had they not given Blackwood several reprieves.

The 28-year-old Jamaican had made just five when he edged off-spinner Dom Bess only for Stokes, moving at slip, to drop the chance.

And he had moved on to 20 when wicketkeeper Jos Buttler floored a one-handed chance down the legside off Stokes.

Leg-byes were signalled but Blackwood would have been out on review had Buttler held on. 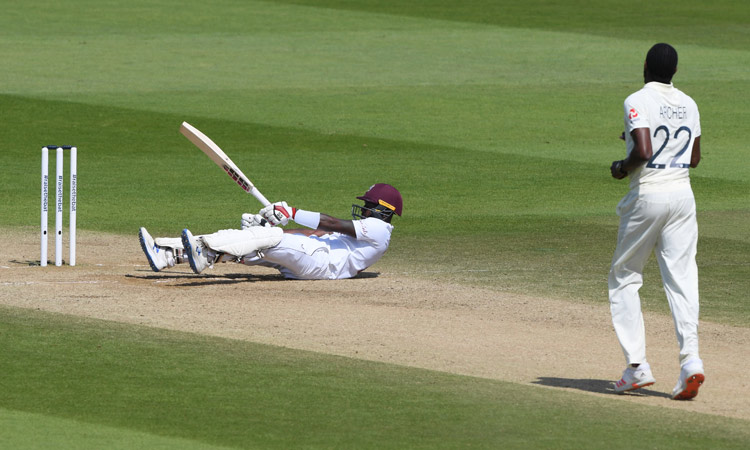 Blackwood falls on the ground in an attempt to play a ball from England's Jofra Archer. AP

But with West Indies needing exactly 100 more for victory, Barbados-born quick Archer defied a docile pitch to produce a rearing 90 mph delivery that Roston Chase, on 37, could only divert to Buttler via his glove and helmet.

It was the end of a valuable stand of 73.

The diminutive Blackwood pressed on, cover-driving both Bess and Anderson, England's all-time leading Test wicket-taker, for two of his dozen boundaries in a 154-ball innings.

Archer had earlier made a useful 23 before he was last man out in England's second innings 313.

Archer then reduced West Indies to 7-2, having gone wicketless in the first innings after being selected ahead of dropped veteran Stuart Broad.

He got Kraigg Brathwaite to play on and had Shamarh Brooks lbw for a duck.

Shai Hope, whose two Test hundreds came in a win over England at Headingley three years ago, was then bowled for nine by Mark Wood.

But it was England's loss of five wickets for just 30 runs late Saturday, a collapse sparked by Holder's dismissal of Stokes, that proved more important at the finish. 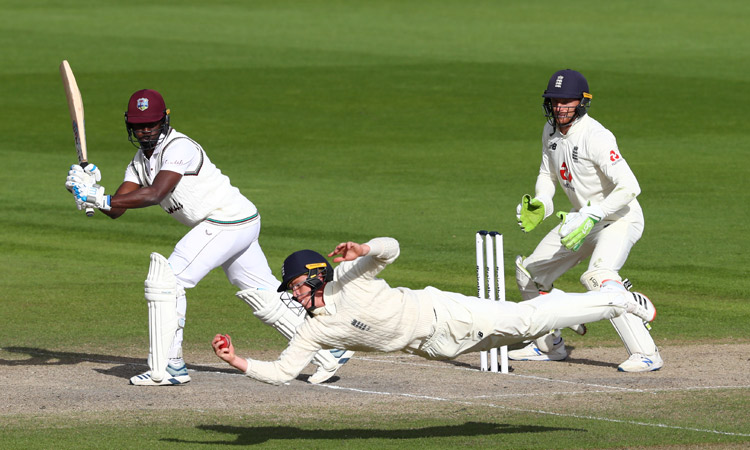