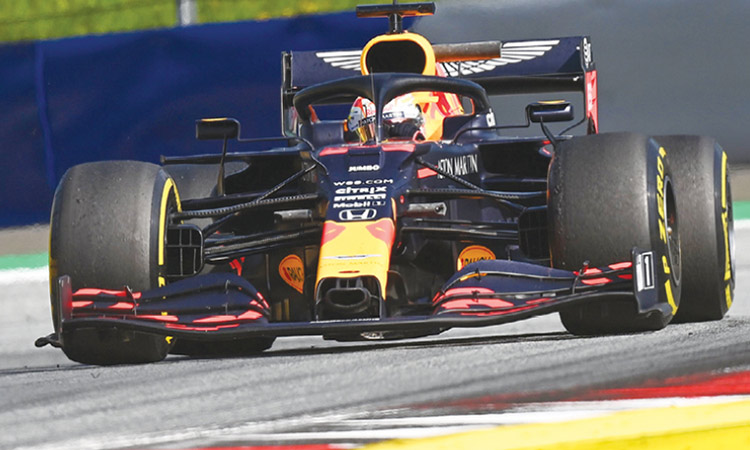 Red Bull’s Max Verstappen steers his car during the second practice session of the Formula One Styrian Grand Prix in Spielberg on Friday. Agence France-Presse

The Dutchman clocked a best lap time in one minute and 3.660 seconds to outpace the Finn, who won last Sunday’s season-opening Austrian Grand Prix on the same Red Bull Ring circuit, by 0.043 seconds.

Having won twice, in 2018 and 2019, on his team’s home track, Verstappen looked to have recovered his best form after an electrical failure forced him to retire last weekend.

Behind them, the ‘pink Mercedes’ cars of the Racing Point team were third and fourth with Sergio Perez and Lance Stroll respectively, the pair proving pre-season suggestions that they have a package to make them competitive this season.

Ferrari-bound Carlos Sainz was fifth for McLaren ahead of an out-of-sorts six-time world champion Lewis Hamilton in the second Mercedes.

Alexander Albon was seventh in the second Red Bull ahead of Lando Norris, who picked up a three-place grid penalty for ignoring yellow flags in the morning, in the second McLaren, Charles Leclerc of Ferrari and Esteban Ocon of Renault.

Ocon’s team-mate Daniel Ricciardo crashed heavily during the session when he lost control at Turn Nine and hit the barriers heavily. He limped away, but the rear of his car was wrecked.

After a warm morning, the temperatures had soared to 30 and 53 degrees for the air and the track respectively when second practice began in bright sunshine.

Perez, who set the pace in the morning, continued on top of the time-sheets with his Racing Point team-mate Lance Stroll in close pursuit before Ricciardo crashed his Renault.

The Australian limped away while the session was red-flagged and, on resumption, with warnings of heavy rainstorms forecast for Saturday, the usual suspects regained the initiative.

Bottas and then Verstappen took over as the fastest man in the knowledge that if the weather washes out qualifying on Saturday the second practice positions on Friday may be used to form the grid.

Despite several laps, Hamilton was unable to match his rivals and with half an hour remaining, he was down in fifth. Clearly unhappy, he pitted for adjustments to be made at the front of his car as he searched for an improved set-up.

“Lewis isn’t happy with the car,” said a Mercedes spokesperson. “As can be seen from the gap to the front on a single lap. We completed a set-down in the garage to check what we can in terms of alignment. 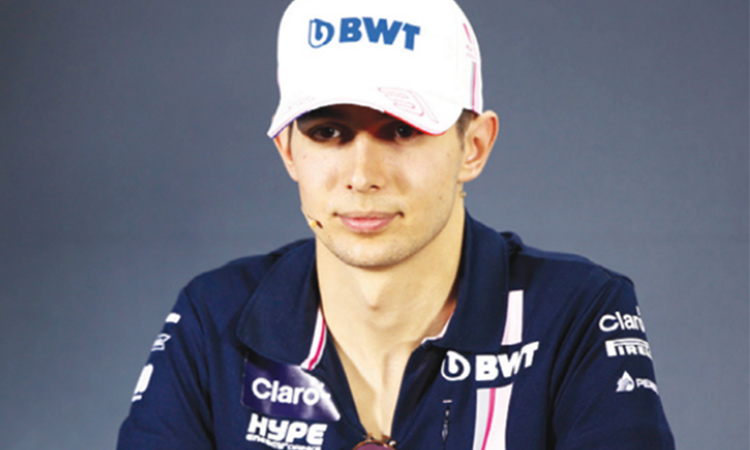