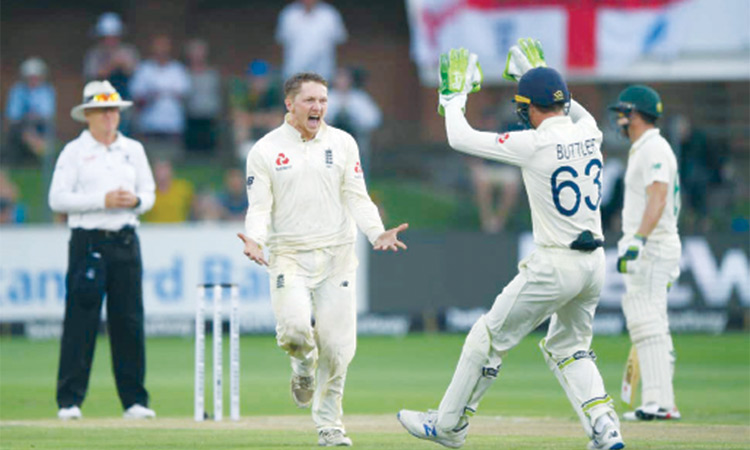 Spinner Dom Bess has been named in England’s 13-man squad for the first Test against West Indies as there was no place for Moeen Ali among nine reserves. File

Off-spinner Moeen had made himself available for Test cricket again after taking a break from the red-ball game.

But although Moeen was included in England’s 30-strong training squad, England went with incumbent off-spinner Dom Bess, who impressed during a victorious tour of South Africa, as their specialist slow bowler for the behind closed doors series-opener at Southampton starting on July 8.

It was a similar story with wicketkeeper-batsman Bairstow, who like Moeen may be set for more of a white-ball role as England try to cram in a full international fixture despite losing several months of their home season to the coronavirus pandemic.

Bairstow’s fate for this match was effectively sealed when fellow wicket-keeper and World Cup winner Jos Buttler, the current Test gloveman, was named as vice-captain to Ben Stokes after it was confirmed regular skipper Joe Root would miss the first Test to attend the birth of his second child.

And there was no place for Bairstow among the reserves, with Ben Foakes the back-up wicketkeeper.

Rory Burns, Dom Sibley, Zak Crawley and Joe Denly are set to provide England with their top four in Root’s absence as Stokes, the longtime vice-captain, leads the side for the first time.

Denly, however, averages a modest 30 in his 14 Tests to date and he may need a significant score at Hampshire’s headquarters if he is to keep his place, with Root set to return for the final two matches of the series at Old Trafford.

Veteran new-ball bowlers James Anderson and Stuart Broad are among a group of five seamers in the 13, along with Barbados-born Jofra Archer, Mark Wood and Chris Woakes.

But only three are likely to play given Stokes is himself a seam-bowling all-rounder.

Uncapped batsman Dan Lawrence is among a standby list that also includes Surrey left-arm paceman Sam Curran, who tested negative for COVID-19 after illness on Wednesday ruled him out of the last two days of England’s lone three-day intra-squad warm-up match at Southampton this week. Next week’s Test will be a landmark occasion given it is set to mark the return of international cricket from lockdown. 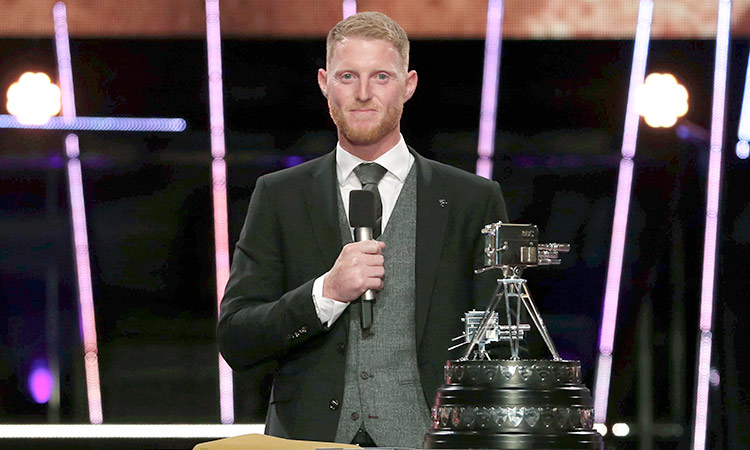 South Africa on Monday named six uncapped players in a 17-man squad for the first two Tests against England, starting at Centurion on Dec.26. 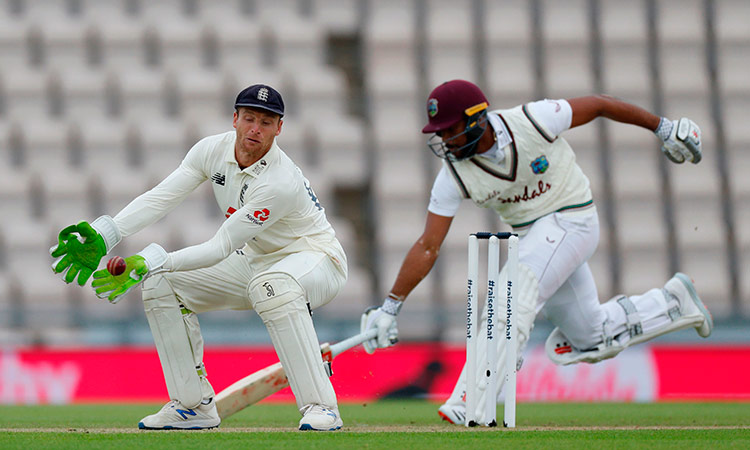