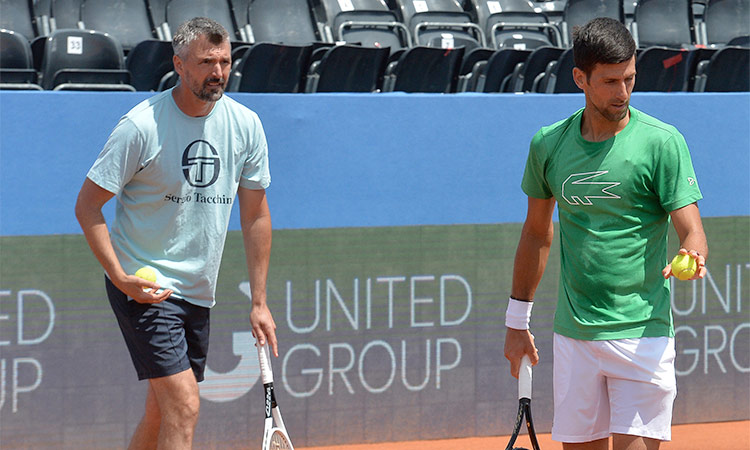 World No.1 tennis player Novak Djokovic has found support in his country’s Prime Minister Ana Brnabic who has backed the Serbian after he was heavily criticised following the Adria Open fiasco.

“Every part of him. He tried to do something good for the whole region,” Brnabic said in an interview with PinkTV.

“To put politics aside and help young and non-established tennis players, as well as to raise money for humanitarian purposes. If they could shift the blame on me personally, as Prime Minister, and leave Novak alone, I would love it,” she added.

Djokovic, Grigor Dimitrov, Borna Coric and Victor Troicki all tested positive for COVID-19 after attending the Belgrade leg of the exhibition event recently. Djokovic’s wife had also been diagnosed with COVID-19 and also NBA star Nikola Jokic, who attended the event in the capital city of Serbia. Matic, however, came to the aid of under-fire Djokovic and stated everything was going normally in Serbia and it wasn’t Djokovic’s fault that so many people ended up contracting the virus.

“People need to understand that the situation in Serbia was better than here. The country allowed everyone to do whatever they want, everything was open, the shopping centres and the restaurants,” Matic told Sky Sports.

“So they started to live normal lives because our country was closed for three months completely. You were not allowed to walk on the street, you couldn’t leave your home, so it was different (than England).”

While some unofficial tournaments have been played without spectators in the stands, such as the Battle of the Brits exhibition tournament in London, the Adria Tour attracted a capacity crowd in the Serbian capital city of Belgrade.

“When they opened they said, ‘you are more than free to do whatever you want’,” Matic added. “Before that tournament, there was a game with 20,000 people and nobody said anything about that.

“I just wanted to say that it is not his fault that he made the tournament, he just wanted to help the players play competitions. I don’t see that he (did) something wrong.”