Formula One deploys war chest of coronavirus strategies for Austria 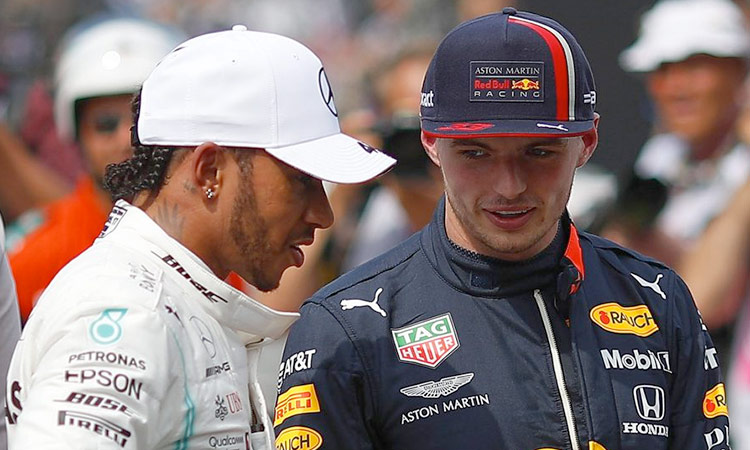 Mercedes’ Lewis Hamilton is likely to face a tough challenge from Red Bulls’ Max Verstappen at the Austrian GP. File

The Formula One season roars into action at the Austrian Grand Prix in Spielberg this weekend with “military-like”, coronavirus-busting sanitary regulations.

Every single person who sets foot inside the Red Bull Ring, where the first two races of the rescheduled season take place, must adhere to strict health and safety protocols developed jointly by the organisers and teams, who have employed their genius for logistics to the task at hand.

“The meticulous approach of the teams to both logistics and engineering and procedures and protocols is what we’ve transferred into our approach to dealing with this challenge,” F1 chief Ross Brawn said.

The Red Bull Ring, nestling in the picturesque Styrian mountains, has been put into a fortress-like lockdown and will play host to a first race on July 5 and a second a week later.

Brawn predicted teams would be quick to adapt to all new measures.

“It suits our culture, our philosophy of working through every scenario, plan A, plan B, plan C,” said Brawn, who added there was a two-metre social-distancing rule and compulsory visors or masks.

Each team has been reduced to a maximum of 80 staff, they will be asked to refrain from mixing with other groups and even split into subgroups so as to limit any possible cross contagion.

The teams will travel in motor-homes and once on site will use the facilities there to cook.

Anyone at the track must submit to coronavirus testing and regular temperature checks and no spectators will be allowed in the arena.

Organisers also say they will be ready to react and improve or adapt to developing situations in the same way they do with races.

“We will live and learn at each race,” Brawn said.

“That’s the nature of F1. It’s very military like in its approach.”

Ferrari’s sporting director Laurent Mekies says the strategies will make the sport more resilient to coronavirus, especially the sub-division of teams to carry out activities, which he argued would mean having a limited number of people in isolation were there an outbreak.

“If necessary we will have replacements on standby at the factory,” Mekies said.

World champion Lewis Hamilton’s Mercedes team say they have entirely reorganised their garage, adding tents and canopies so as to avoid slowing down the work on their cars.

There will also be a tracing app which all team members must download, granting access to all their contacts. Haas team principal Guenther Steiner said last week he was more than happy with the ongoing safety measures.

“We could not have done more really, what has been put in place is the best possible,” the Italian leader of the American team said.

Meanwhile, Formula One drivers have discussed ‘taking a knee’ at the season-opening Austrian Grand Prix this weekend, McLaren’s Lando Norris has said.

Sportspersons have been taking a knee as a mark of solidarity with the Black Lives Matter movement.

Britain’s Norris, 20, was quoted as saying by BBC: “If we are going to do it, we should all do it as a grid.

Meanwhile, Mercedes will have black-liveried cars in the 2020 season as the world champions aim to make a visual stand against racism and for diversity in the wake of the movement.

Lewis Hamilton and Valtteri Bottas will race black-liveried Mercedes cars when the former targets Michael Schumacher’s record as Formula One returns this week after the 2019-20 season was savaged due to coronavirus pandemic.