Real edge past Espanyol to go two clear of Barcelona 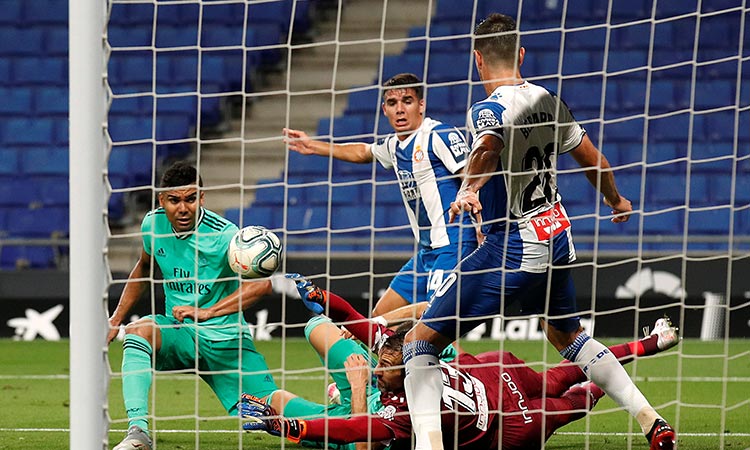 Karim Benzema delivered another moment of magic on Sunday as Real Madrid took a two-point lead over Barcelona at the top of La Liga by beating bottom club Espanyol.

Benzema's volley against Valencia could be goal of the season and he might now have a claim to best assist too after his brilliant backheel teed up Casemiro to finish for a crucial 1-0 win.

Real’s advantage in the table, coming after Barca's draw away at Celta Vigo on Saturday, is their biggest since February and puts them within sight of their second league title in eight years.

"It's a very important win," said Benzema. "I can't say we don't look at Barcelona, of course we do. But we're focused on our own league. There are not many games left and every game now is a final." 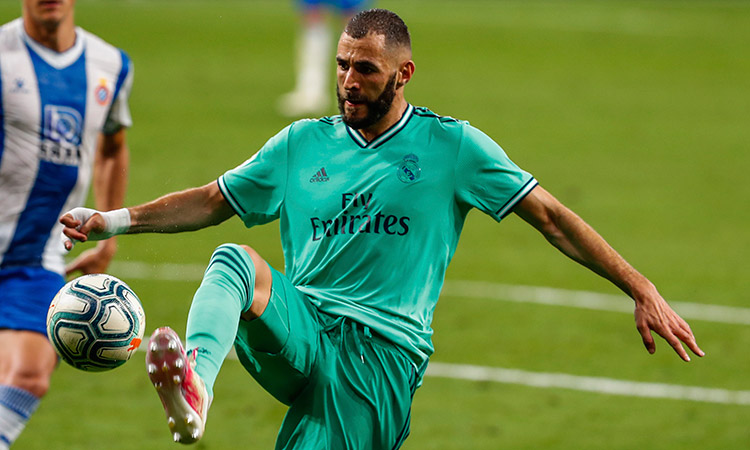 "He took a big hit but it's just a knock I think," said Zidane.

By the time his side play at home to Getafe on Thursday they might even have the chance to move further clear, if in-form Atletico Madrid avoid defeat on Tuesday at Camp Nou.

Barcelona certainly have the harder run-in, with a resurgent Villarreal side to follow Atletico and then local rivals Espanyol, who have shown they might yet finish strong after a determined performance under new coach Franciso Rufete.