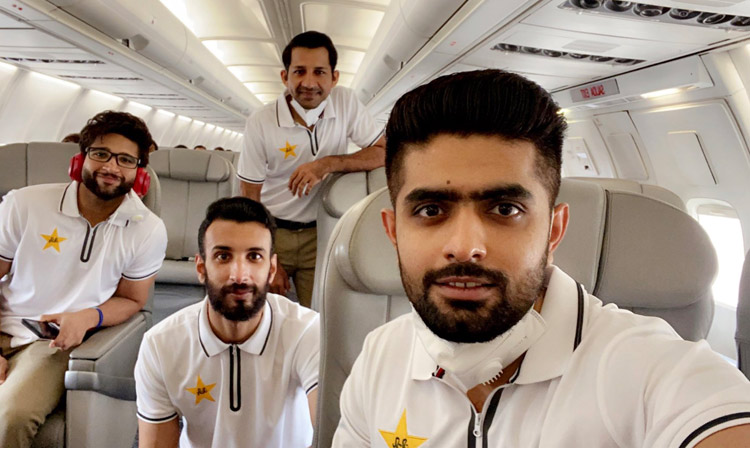 Babar Azam takes a selife with other players inside a charted plane at Lahore Airport on Sunday.

The Pakistan cricket squad left on Sunday for their England tour without 10 players who had tested positive for coronavirus.

Test skipper Azhar Ali said the tourists were looking forward to playing in what will be some of the first Test matches since the COVID-19 pandemic sparked a global lockdown.

"All the players are excited after a tough period," said Azhar on the eve of departure.

"Though a tour to England has always been challenging, our performances there on the last two tours (in 2016 and 2018) are encouraging and we will try to repeat those." 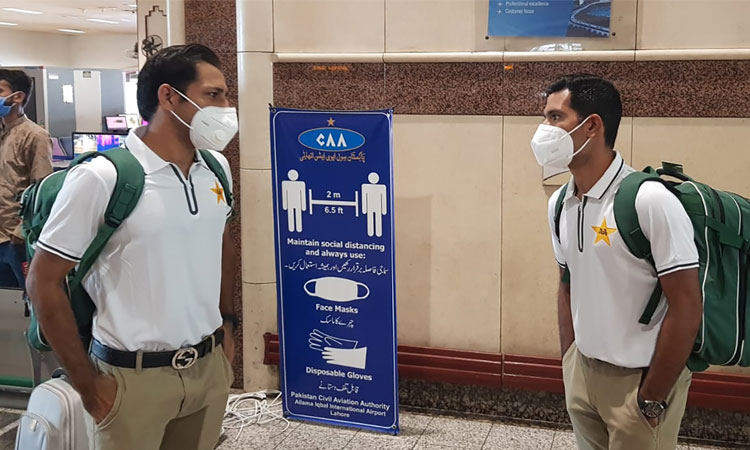 A chartered plane carried 20 squad members including two reserves, who were seen wearing masks and observing social distancing at Lahore International Airport in pictures released by the Pakistan Cricket Board (PCB).

The squad will face a two-week isolation period on arrival before continuing their preparations ahead of the first Test with two four-day warm-up matches. 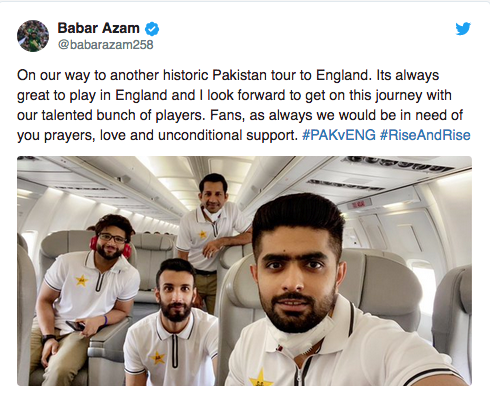 The travelling party did not include 10 players who tested positive for the virus last week. Six later tested negative for the virus, but will players will be allowed to rejoin the squad once they have had two consecutive negative results.

Pakistan are due to play three Tests against England in August followed by three Twenty20 internationals.

Keep us in your prayers, says coach Younis

Earlier, Pakistan batting coach Younis Khan shared an image of the luggage he is set to carry as the former captain joins the team on their two-month long tour of England.

"The new journey with @TheRealPCB as a batting coach begins tomorrow as we look to depart for England. Keep us in your prayers during these testing times," Younis said in his tweet along with the image. 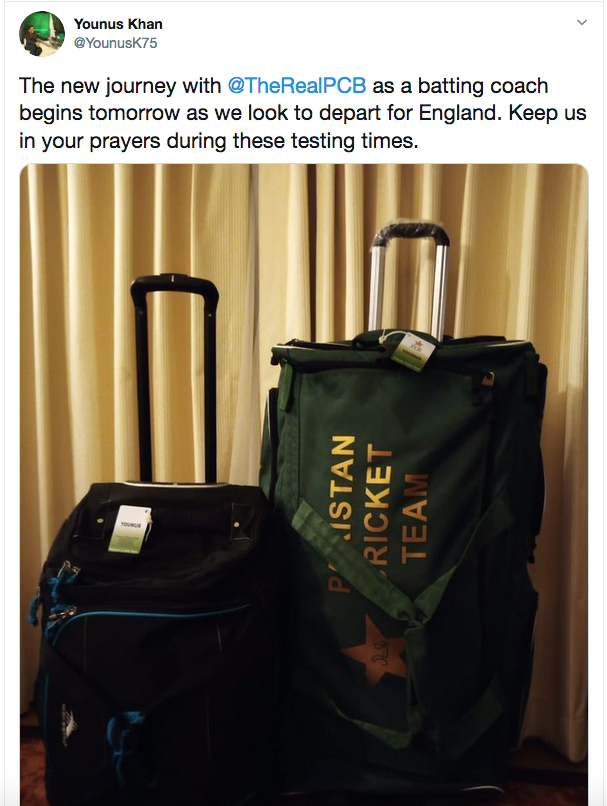 Taking to Twitter, PCB on Saturday named the squad, which will be led by Azhar Ali in the longest format with Babar Azam being his deputy deputy. The limited-overs team will be led by Babar. The squad has been pruned to 20 due to the positive COVID-19 tests among the players in the team.

On Saturday the England & Wales Cricket Board (ECB) had confirmed that the Pakistan team will arrive in the UK on Sunday to start preparation for this summers tour of England. This announcement from the ECB came even though as many as ten Pakistan players had tested positive for COVID-19.

However, there is still no clarity on the dates for the series which the ECB are planning to announce the behind-closed-doors schedule in 'due course'. 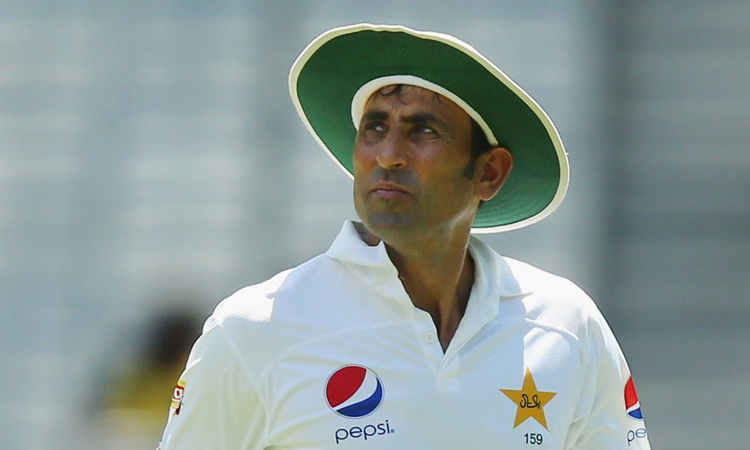 "They (Pakistan team) will start a 14-day isolation period at Blackfinch New Road, Worcester before transferring to Derbyshire's The Incora County Ground on July 13 to accelerate their preparation ahead of the first Test, which will include two four-day internal warm-up matches," stated the ECB.

"All members of the tour party will have been tested prior to travel. Those who are testing positive for COVID-19 will not be permitted to travel with the advance group on Sunday," it added. 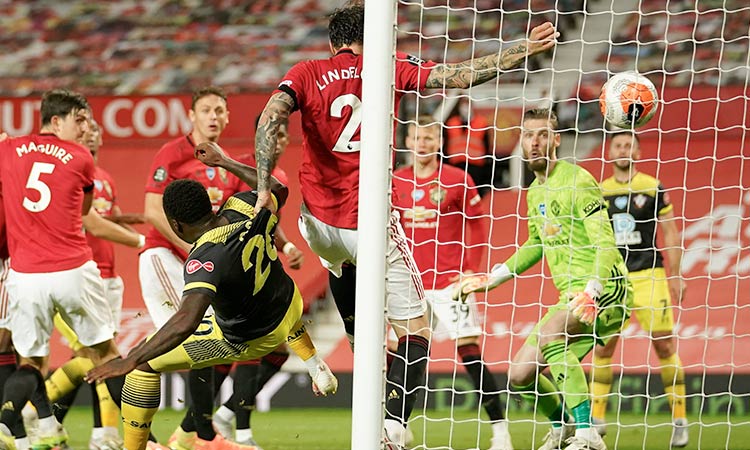 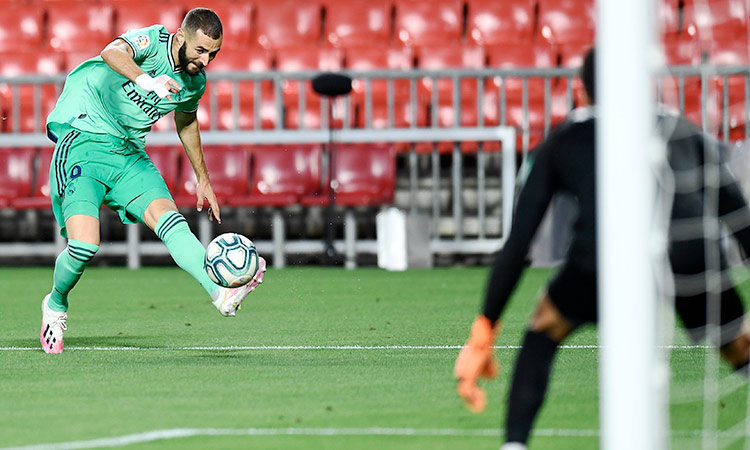