NY and Berlin Marathons cancelled due to COVID-19, say organisers 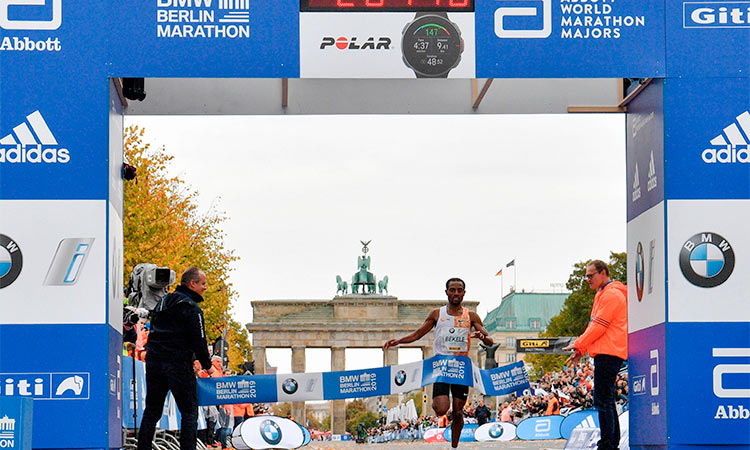 Participants in action at the Dubai Marathon earlier this year in January. The Dubai event was held successfully before the lockdown. File

The New York City Marathon, one of the most prestigious events on the global running calendar, has been cancelled this year because of the COVID-19 pandemic, race organisers said on Wednesday.

The New York Road Runners (NYRR), in partnership with the mayor’s office, said the decision to cancel the world’s largest marathon was made due to novel coronavirus-related health and safety concerns for runners, spectators, volunteers and staff. The race was scheduled to take place on Nov. 1.

“Canceling this year’s TCS New York City Marathon is incredibly disappointing for everyone involved, but it was clearly the course we needed to follow from a health and safety perspective,” said NYRR Chief Executive Michael Capiraso.

The 26.2-mile race (42km), which traverses all five boroughs of the city, routinely attracts over 50,000 runners and more than one million spectators.

Former New York City Marathon winner Meb Keflezighi said the race held a special place in his heart and he was sad to hear that this year’s edition had been cancelled.

“These decisions are never easy, but keeping people healthy and safe is always the right call. I will see you in NYC for the 50th running in 2021!” Keflezighi said on Twitter.

Runners who signed up for this year’s marathon, which would have celebrated its 50th anniversary, can either receive a full refund or choose to run the race in any of the next three years.

“As the latest US major on the calendar for the year, this one stings,” former Boston Marathon winner Des Linden wrote on Twitter.

“It also offers clarity for season goals and allows for patience and intelligence in mapping the way forward. It’s the right call.”

Of the six World Marathon Majors, three have been canceled this year due to the virus with the Boston Marathon and Berlin Marathon also opting to shelve plans for their 2020 races.

The Boston Marathon, originally due to be held in April and then postponed until September, was cancelled this year for the first time in its 124-year history.

The Tokyo Marathon went ahead on March 1 with elite runners only, London was postponed to Oct. 4 from April 26 and the Chicago Marathon is currently scheduled for Oct. 11.

Meanwhile, the organisers of the Berlin Marathon said on Wednesday that they have cancelled the race for 2020 because of problems finding an alternative date due to the COVID-19 pandemic.

In late April it was announced the race scheduled for Sept.27 had been postponed, but organisers have now cancelled this year’s event, which attracted 62,000 runners in 2019, due to the coronavirus pandemic.

“Due to the weather conditions alone and shortening days, it’s very difficult to hold the Berlin Marathon... before the end of this year,” said race director Juergen Jock.

“The question of whether athletes will be able to travel internationally again by then cannot be answered now.”

Organisers added: “Your health, as well as all of our health, is our first priority.

“Therefore, taking into account the Containment Measures Ordinance due to the COVID-19 pandemic... the Berlin Marathon 2020 will not be able to take place.”

The city of Berlin has banned events with more than 5,000 participants since April.

The flat, fast course around Berlin’s city centre is where Eliud Kipchoge of Kenya set the men’s world marathon record of 2hr 01min 39sec in 2018.

It was the eighth time in the previous 20 years that the men’s world record has fallen on the streets of Berlin.

Kipchoge ran 1:59:40 over the marathon distance in Vienna last October, but the time is not recognised as a world record as the event was not an open competition.

Dubai Marathon was dominated by Ethiopians both in the men’s and women’s category.

Worknesh Degefa made it a Dubai double with victory in the 2020 Standard Chartered Dubai Marathon as debutant Olika Adugna won a dramatic sprint to the finish in an historic men’s race.

Degefa, the winner in Dubai in 2017, produced the top performance of the day clocking a fast time of 2:19:38 leading from start to finish.

But while she was well ahead and running on her own in the women’s event, the men’s race had a spectacularly close finish with Adugna the surprise winner in 2:06:15 as the first four runners crossed the line separated by just three seconds.

And for the first in marathon history, eleven runners clocked times of under 2:07 – a record that had stood since the 2012 Standard Chartered Dubai Marathon when ten runners finished under 2:07. 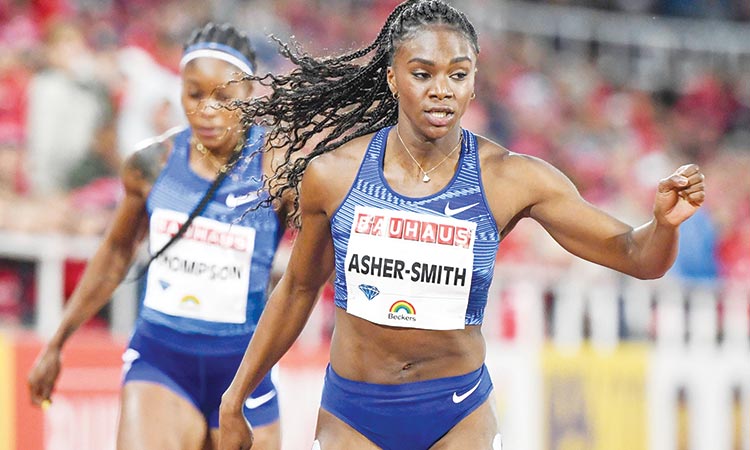