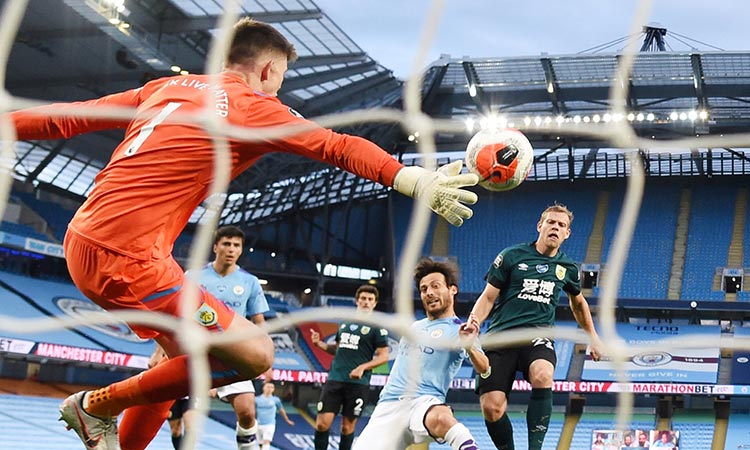 Manchester City thrashed Burnley 5-0 at an empty Etihad to ensure Liverpool will not be able to clinch the Premier League title when they face Crystal Palace on Wednesday.

Dyche has been left frustrated by the Burnley board's refusal to extend contracts of five players who are out of contract at the end of the month. 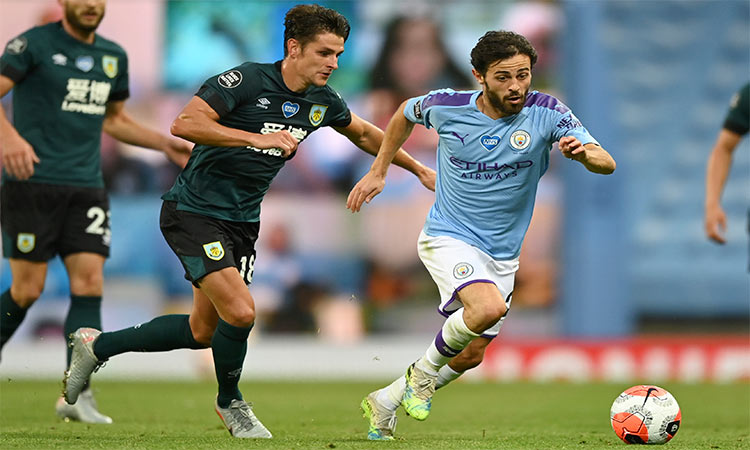 Phil Foden made the most of his chance to start for City as the 20-year-old opened the floodgates with a sweet strike from outside the box.

Riyad Mahrez then killed the game as a contest with a quick double before half-time.

The Algerian left Charlie Taylor trailing on the floor before firing into the far corner on his weaker right foot.

VAR awarded Mahrez the chance to double his tally from the penalty spot after Mee caught Sergio Aguero.

The Argentine striker had to be replaced by Gabriel Jesus and Guardiola admitted Aguero's knee injury "doesn't look good".