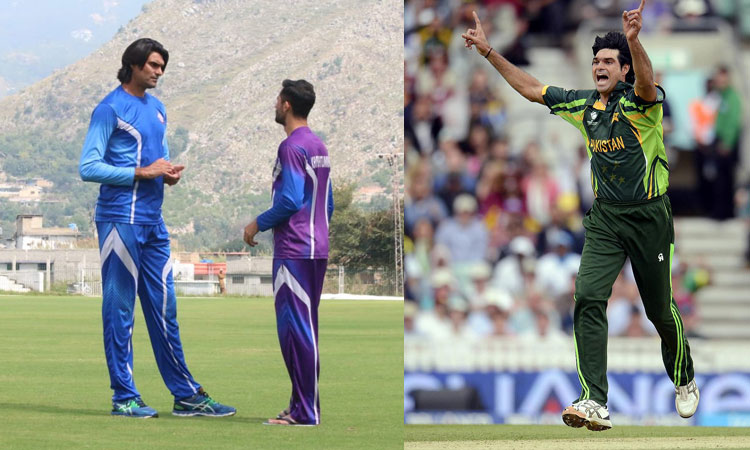 Pakistan fast bowler Mohammad Irfan had to confirm that rumours of his death spreading on social media were "fake news" on Monday.

Social media was filled with posts about Irfan's death. However, the left-arm bowler has put an end on all such speculations from his official Twitter handle and also urged people not to spread fake news.

The 38-year-old, known for being the tallest person to play first-class cricket at 7ft 1in (2.16m), said false reports saying he had been killed in a car accident were "baseless.”

"Some social media outlets have been spreading a baseless fake news about my death in a car accident," Irfan wrote on Twitter.

"This has disturbed my family & friends beyond words, and I have been receiving endless calls on this. Please refrain from such things. There was no accident and we are well." 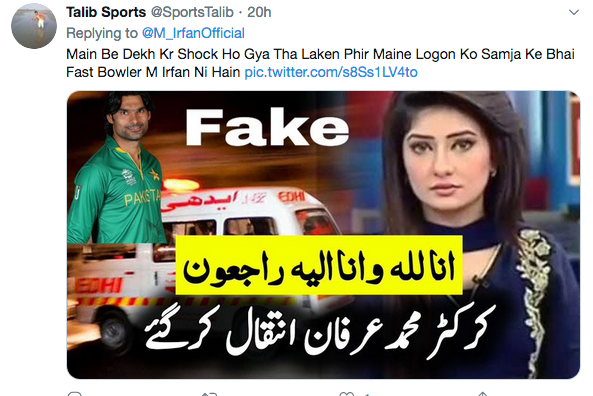 Irfan last played for Pakistan in a T20 international against Australia last November and has taken 109 international wickets in total.

There may have been confusion after the Pakistan Cricket Board (PCB) announced the death of deaf cricketer Mohammad Irfan after a stomach infection.