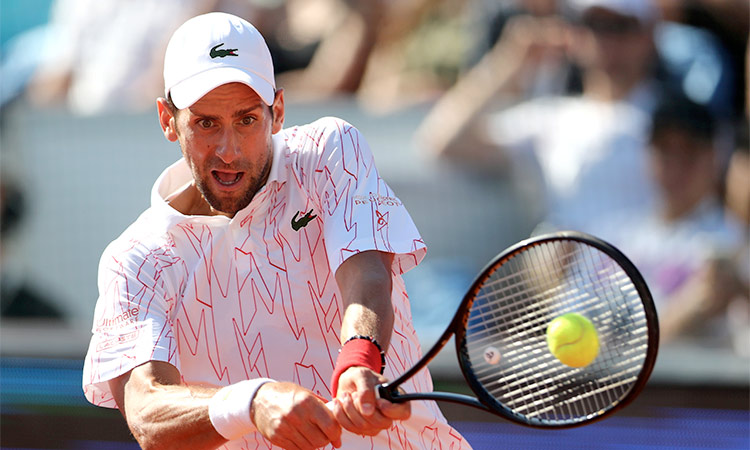 Novak Djokovic had initially voiced unease over the US Tennis Association’s intention of keeping the event starting on Aug.31 at Flushing Meadows despite New York being the hardest-hit city by the US coronavirus crisis. File / Reuters

World number one Novak Djokovic appeared to row back on scepticism over plans to stage the US Open, saying he was “extremely happy” the Grand Slam had escaped the coronavirus cull which claimed Wimbledon and much of the season.

Djokovic had initially voiced unease over the US tennis Association’s intention to keep the event starting on Aug. 31 at Flushing Meadows despite New York being the hardest-hit city by the US coronavirus crisis.

He described health protocols as “extreme” and “impossible”.

However, organisers will have been encouraged by the positive noises coming from the three-time US Open champion on Thursday.

“I’m extremely happy and excited to see that all the tournaments, especially Grand Slams, are organising their events,” the Serb said in reference also to the French Open, rescheduled now to start in late September.

“I think that a lot of people were sceptical, especially for the US events considering what the US went through as a country during this pandemic,” the 17-time Grand Slam winner told Eurosport’s tennis Legends podcast.

“So a lot of people, including myself, were quite sceptical on whether it would happen or not.

The 33-year-old said he hoped the stringent restrictions including the existing ban on South American players travelling to compete would be eased before the Grand Slam gets underway.

“Let’s hope that in the next two months some of those restrictions will loosen up a bit and that we will have a great, great tournament.”

This month Djokovic had said that most players he had spoken to had “a rather negative view” about playing in New York, and predicted some would instead switch to the delayed clay court season.

A number of other players have also expressed doubts over the US Open including defending champion Rafael Nadal who said that he would not take part if the event was taking place now.

The US Open will be played without fans in attendance while strict health protocols will be in place.