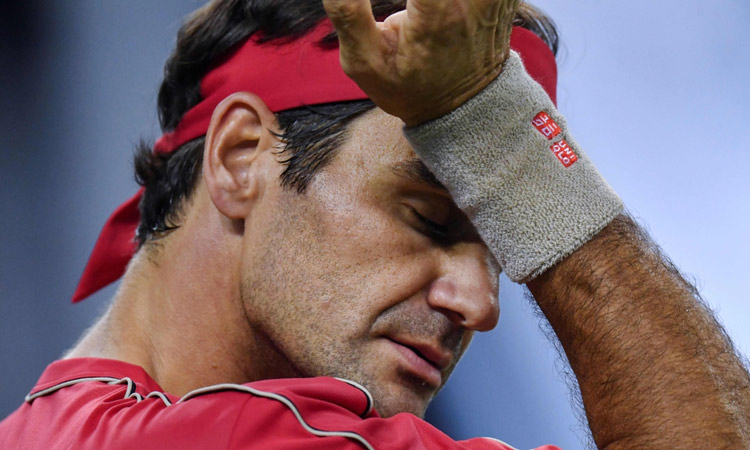 Twenty-time Grand Slam singles champion Roger Federer said on Wednesday he will be sidelined until 2021 after undergoing his second knee operation in a matter of months.

The 38-year-old Swiss said he underwent follow-up arthroscopic surgery "a few weeks ago" after undergoing a similar keyhole procedure in February.

"I plan to take the necessary time to be 100 percent ready to play at my highest level," he said in a statement on Twitter.

"I will be missing my fans and the tour dearly but I will look forward to seeing everyone back on tour at the start of the 2021 season."

The announcement is likely to renew speculation about retirement for Federer, who holds the record for men's Grand Slam singles titles and last month topped Forbes' list of the world's highest earning athletes.

Federer, who won his first major trophy in 2003, lies just ahead of his longtime rivals Rafael Nadal (19) and Novak Djokovic (17) on the all-time list.

The biggest title he has yet to win is an Olympic singles gold medal.

The Tokyo Games — seen as Federer's final opportunity to complete a career "golden" Grand Slam — have been postponed until next year because of the pandemic, and Federer will turn 40 on the day of the closing ceremony.

After the initial operation, Federer had originally planned to return for the now cancelled grass-court season this month. His last tournament match was on January 30 in the Australian Open semi-finals, where he lost to eventual champion Djokovic.

His last appearance on court was in front of 51,954 fans — touted by organisers as a world record for tennis — at a charity match against Nadal in Cape Town in early February.

Tennis ground to a halt in March because of the coronavirus, and the globetrotting sport faces an uncertain route to recovery given crippling travel restrictions.

In April, Federer said he was "devastated" when Wimbledon, where he has won a record eight titles, was cancelled for the first time since World War II.

Federer, known for his elegant style of play, has got off lightly with injuries during a career in which he has won 103 singles titles, including all four majors.

He had arthroscopic surgery on his left knee — the first operation of his career — in early 2016 after suffering a freak injury while running a bath for his daughters.

But after failing to win a title that year Federer returned strongly in 2017, winning seven tournaments including the Australian Open and Wimbledon — his most prolific season in a decade.

He is still six ATP titles short of Jimmy Connors' all-time record of 109.

Tour-level tennis has been suspended until the end of July at the earliest, with the US Open scheduled to start on August 24 and the rescheduled French Open on September 20.

Federer has not won the title at either Flushing Meadows or Roland Garros since his only French Open triumph in 2009.