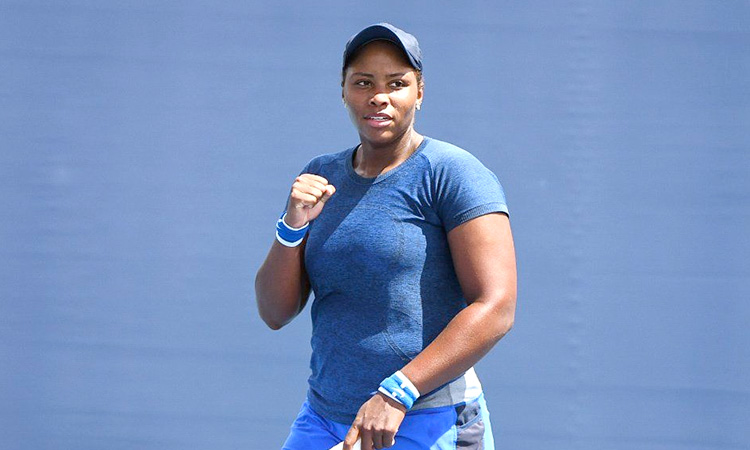 Taylor Townsend has to literally convince fans of her identity. File

Taylor Townsend says at one time or another she has been mistaken for every other American female black tennis player, including Venus Williams.

“Everybody sees a black person and they assume that it’s Venus or Serena (Williams) or Sloane (Stephens),” the 24-year-old Townsend said in a Tennis United video while talking about the death of George Floyd, who died in police custody on May 25 in Minneapolis, Minnesota.

“I’ve been literally all of them down the list except for myself.”

Townsend, who is ranked 73 in the world, recently had a fan insist she had to be the rising US star 16-year-old Coco Gauff.

“I’ve had people argue with me to tell me that I’m Coco Gauff. I’m not Coco Gauff, but all of us look the same, all of us are built the same,” Townsend said.

Townsend said she gets treated differently by security personnel at tournaments, which usually means extra screening at checkpoints to “make sure that I belong.”

“This is our reality. It happens all the time -- week in, week out, every tournament that I play in the States, overseas, it doesn’t matter,” she said.

“This is not the first time this has happened,” Townsend said, referring to the protests sparked by Floyd’s death. “But this is one of the bigger events that has caused such a mass eruption of people’s emotions.

“It’s not going to change. I don’t expect it to change. Hopefully, this (Black Lives Matter protests) just creates a safe space and an awareness for people to want to talk about it. To be able to put yourself in someone else’s shoes.”

The actual Coco Gauff recently attended a Black Lives Matter protest where she delivered a heart-felt speech, adding her voice to those demanding racial equality in America.

Several US and international athletes joined -- and even led -- protest marches in cities across the US on the weekend.

A number of Milwaukee Bucks players marched and spoke on Saturday at a rally in the city, including NBA MVP Giannis Antetokounmpo, who sported a shirt that read: “I can’t breathe.” “We want change,” Antetokounmpo, of Greece, said in address to other protestors.

They all wore shirts reading, “I can’t breathe,” a reference to Floyd’s last words. Floyd was killed when officer Derek Chauvin, who is white, kneeled on his neck for nearly nine minutes.

On Wednesday, NBA star Stephen Curry chanted the name “George Floyd” as he and some of his Golden State Warrior teammates joined a throng of protesters at a peaceful march in California. As some protesters called for others to “say his name,” Curry was among those shouting: “George Floyd!” The march, which also included Warriors Klay Thompson, Kevon Looney and Damion Lee, took place in the same location as the NBA club’s championship rallies and parades.