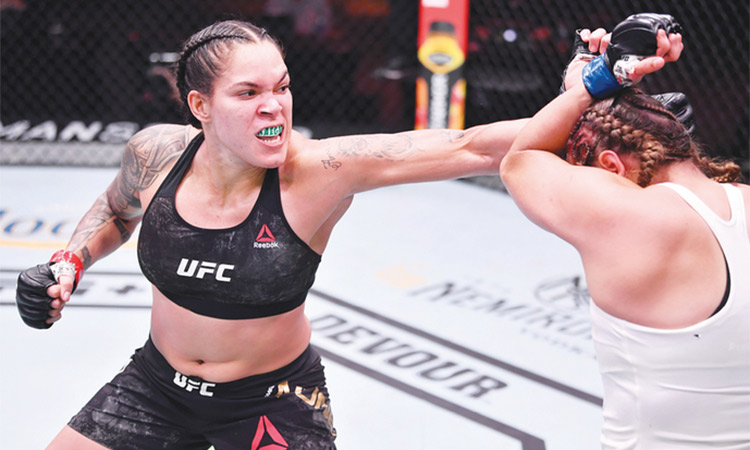 Former bantamweight champion Cody Garbrandt also knocked out Raphael Assunção an instant before the second-round bell in the co-main event at a fan-free gym on the UFC’s corporate campus in Las Vegas.

UFC 250 was the second event held at the UFC Apex gym in the promotion’s hometown since its resumption in competition amid the coronavirus pandemic.

The Apex octagon is 25 feet in diameter instead of the typical 30 feet, and those close quarters resulted in several entertaining finishes, including spectacular knockouts by Garbrandt and fellow bantamweight star “Suga” Sean O’Malley.

Nunes (20-4), widely considered the greatest female fighter in mixed martial arts history, is the UFC’s champion of the bantamweight and featherweight divisions.

While Nunes’ dominance was tested in her last bout against bantamweight Germaine De Randamie in December, the relatively inexperienced Spencer (8-2) provided little challenge to the champ, other than the remote possibility of breaking her hands in repeated collisions with Spencer’s face.

Nunes battered the slower Spencer with her fearsome striking power from the start, cutting the challenger’s face and later sending her mouthpiece flying away during the third round. Spencer had a nasty hematoma growing on her forehead after the fourth round.

Nunes comfortably defended her featherweight belt for the first time since taking it from Cris “Cyborg” Justino in December 2018. She has defended the bantamweight belt five times since 2016.

Garbrandt (12-3) had lost three straight fights before this impressive performance ended with a right cross that knocked out Assunção in the final second of the second round. Garbrandt retreated to the fence, dodged Assunção’s right hand and landed a perfect shot to the face, sending Assunção tumbling backward and face-first to the canvas.

The win was Garbrandt’s first since December 2016, when he beat Dominick Cruz for the 135-pound title.

O’Malley (12-0) opened the pay-per-view portion of UFC 250 with a vicious one-punch knockout of veteran Eddie Wineland just 1:54 into their bout.

O’Malley’s right hand to the jaw deposited Wineland flat on his back with his hands still raised. O’Malley imperiously walked away from his single punch before the senseless Wineland or the referee knew what happened.

“When you’re as fast and accurate as I am, I’m gonna land first and I’m going to land early,” O’Malley said. “And I landed on the button.”

Later, Aljamain Sterling rendered Cory Sandhagen unconscious with a rear naked choke just 88 seconds into a fight to determine the next contender for the bantamweight title.

Sterling (19-3), who has five straight victories, swiftly locked in a full body triangle and a deep choke to finish Sandhagen, who tapped out right before going to sleep. 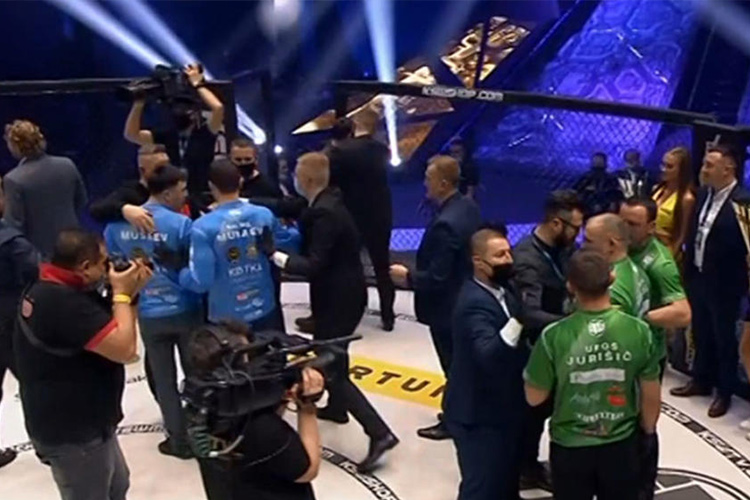 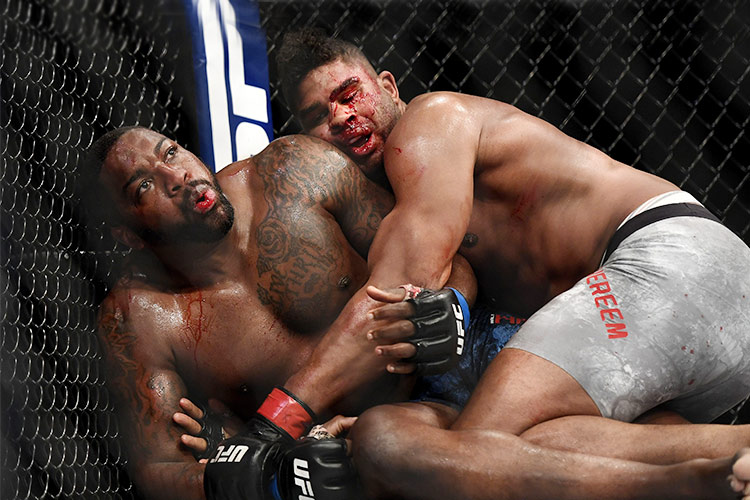