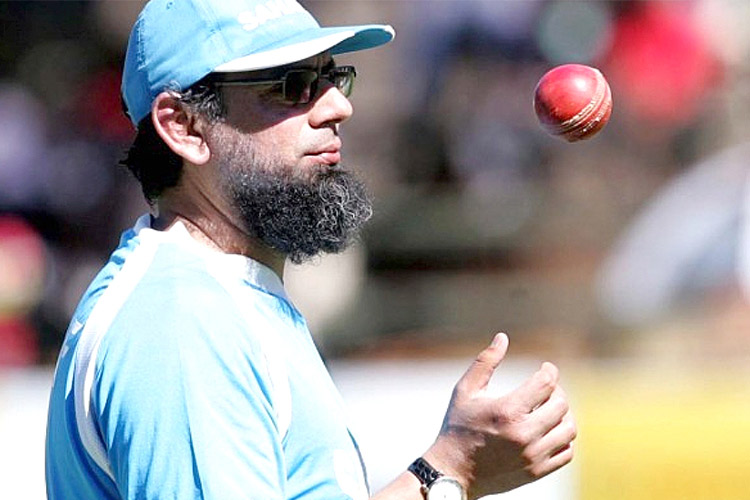 Saqlain Mushtaq in action during a coaching session. File

Due to the pandemic coronovirus, which has wreaked havoc across the globe since November last year, sporting events and activities have come to a halt all over the world.

But when the going gets tough, it is the tough who get going. And the same was seen when the young cricket enthusiasts of YTCA attended an online coaching session to learn the tricks of the trade and defy the threatening virus. Who could have been a better choice than the living legend himself, sharing the valuable tips of the game and art of spin bowling with the aspiring cricketers?

Saqlain was one of the two best off-spinners of his time – the other being the Sri Lankan legend Muttiah Murlitharan – who holds the record of having taken 800 wickets in Test cricket. The only bowler to have touched the magical figure in the history of the game.

Not only Saqlain was a permanent feature of Paksitani bowling attack, which included the likes of Wasim Akram, Waqar Younis, Aqib Javed and Mushtaq Ahmed in the ‘90s, but he also played a vital role in many victories.

Saqlain imparted a important lessons to the children during their weekly online training session. During the session, he shared his experience of the game both as a player and coach.

Saqlain, who also served as England’s spin coach for many years, emphasised how the young cricketers should keep themselves fit during the pandemic when no cricket is being played.

And he also urged them to defy all the fears and embrace sports as it is the best way to lift spirits during the time when the world is going through an emotional and financial turmoil.

All sports are resuming across the world gradually despite the deadly virus looming large. Quite a few European leagues are in full swing with horse racing leading the way in other parts of the world.

Saqlain has long been associated with coaching and sharing his experience with aspiring cricketers. He was in the country a few months back to impart knowledge of cricket to students of another renowned academy.

YTCA is one of the oldest cricket academies in the UAE which also produced quite a few players, who went on to represent the country on the international stage.

Further, YTCA founder and former UAE national player Shahzad Altaf said that he also gave ample time to answer questions from the students and his words of encouragement and guidance were well received by all students.

“I myself spent a lot of time with the children and listened to their queries patiently so that I can guide them well.

“We have been one of the oldest academies in the UAE and also take our students on international tours so that they get maximum exposure.

“But due to the coronavirus, this year our planned tour was cancelled. So, I decided to arrange something special for my students so that they stay connected to the game and do not get rusty,” he added.

“We also have some more big names in the pipeline like that of former England Test player Jeff Cook, former Sri Lankan international Chaminda Vaas, Pakistan’s spinner Saeed Ajmal and the nation’s ex-captain and opening batsman Amir Sohail, who will joining us for online coaching during the pandemic.

“In fact, Cook and Mushtaq confirmed their presence in Dubai for a coaching camp when cricket gets going in the UAE and it’s safe to travel,” concluded Altaf.

Head Coach of YTCA Virosh Fernando mentioned that the session took place for more than an hour and it was open and free of charge for the entire academy. 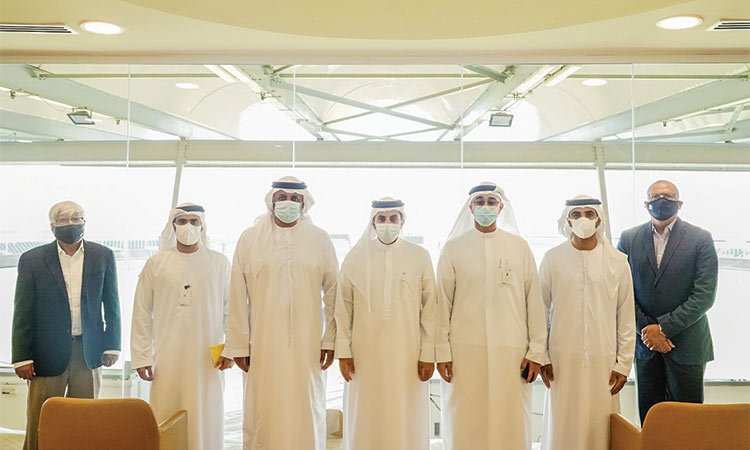