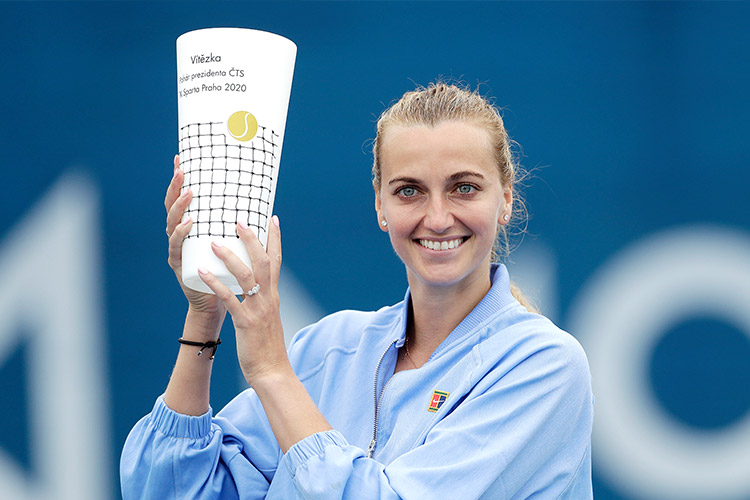 The three-day all-Czech event, pitting eight women and eight men, which ended on Thursday, was played under tight health protocols to prevent the spread of the new coronavirus.

“The gloves, face masks, the fact nobody handed us the towels, no handshakes, that was definitely bizarre,” said two-time Wimbledon champion Petra Kvitova after winning the women’s part of the event.

“And playing without people, the atmosphere was not exactly what we are used to,” added the 30-year-old world number 12, who beat Karolina Muchova 6-3, 6-3 in the final disrupted by rain.

The showers even made organisers contemplate moving the final to a nearby hall comprising two courts right next to each other -- one ready for the match the other serving as the press centre.

The event was held behind closed doors, with a handful of spectators demoted to spots behind the fence where they struggled to observe the social distancing rules.

On the court, the line judges had to wear face masks, just like the ball boys and girls who also had gloves on to prevent contamination.

Throughout the tournament, the players wore face masks all the way to the court.

“I guess this was the most bizarre thing, wearing the masks. And that you can’t shake hands with the opponent and the umpire,” said Barbora Strycova, the world number two for doubles, who crashed out in the semi-final.

Instead of handshakes, the players merely bumped their racquets at the net.

“We both laughed about it. It was my first ‘racquet shake’ and it was weird,” Muchova said after her first-round match.

“The strangest thing was having no stands with people around us, nobody cheered, we only waved at the referees,” added the world number 26.

Throughout the tournament, and particularly on the windy, cloudy Thursday of the final, players struggled with poplar fluff from a nearby park on Prague’s northern outskirts. 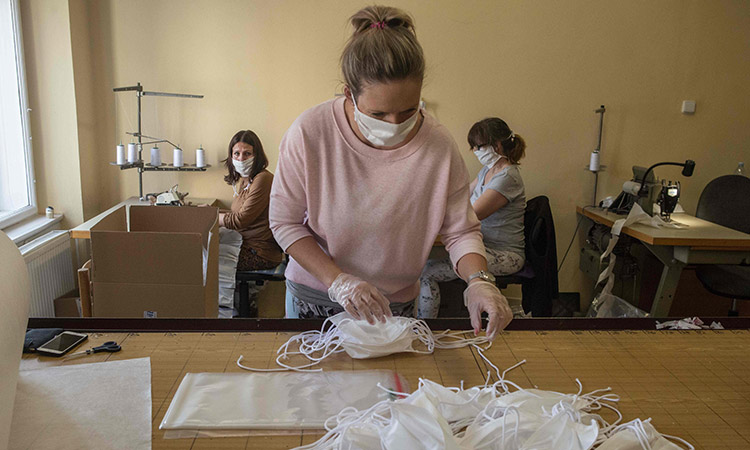 As the deadly novel coronavirus started reaping its grim toll in Europe, Nanospace workshops began churning out 10,000 nanomembrane face masks per day for two hospitals in the southern Czech Republic.