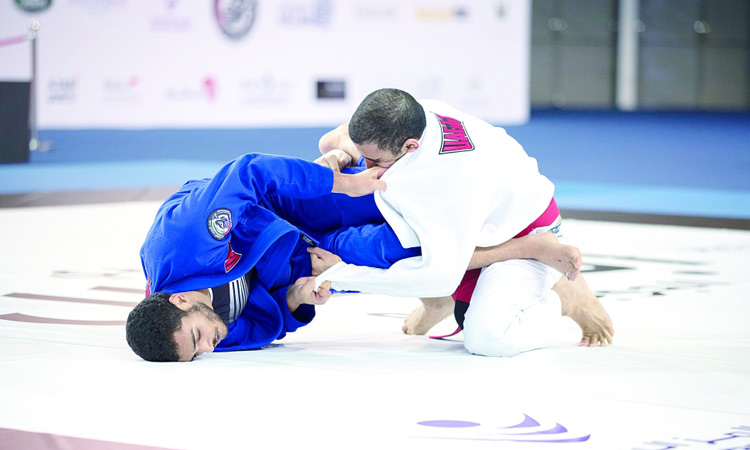 Participants in action during a Jiu-Jitsu Champions Challenge bout at the Jiu-Jitsu Arena in Abu Dhabi on Wednesday.

A spirited performance from Mohammed Al Qubaisi’s team ‘Al Abyad’ saw them crowned winners of the Jiu-Jitsu Champions Challenge against "Azraq," the side led by Faisal Al Ketbi at the Jiu-Jitsu Arena on Wednesday.

The Al Abyad team bagged 14 wins out of 25 matchups, comfortably pulling clear of their opponents in the points table. The winner of each fight was awarded 100 points, in case of a win by submission the winner was awarded an extra 50 points.

Al Qubaisi’s team racked up a total of 1,600 points against Al Ketbi’s side who managed 1,250 points, on their way to clinching the inaugural edition of the Jiu-Jitsu Champions Challenge organised by the UAE Jiu-Jitsu Federation, the governing body for the sport in the Emirates.

The tournament, organised in line with Federal and global COVID-19 health and safety protocols, brought together the cream of Emirati jiu-jitsu fighters, with prominent members of the UAE jiu-jitsu national team being pitted against each other.

Abdul Munam Al Hashemi, President of the UAEJJF and the Ju-Jitsu Asian Union, Vice President of the International Ju-Jitsu Federation, said that the performances on the mat at the Jiu-Jitsu Champions Challenge were proof of the benefits accrued during the closed training camp of the national team.

“Our athletes have wholeheartedly embraced their training schedules during the camp and the benefits were clearly visible on the mat. A number of young talented athletes gave a very good account of themselves last night and the emergence of Faisal Al Ketbi and Mohammed Al Qubaisi, two experienced campaigners, as guiding lights to the younger generation has been another encouraging sign.”

Mubarak Al Menhali, technical director at UAEJJF, said that with the closed training camp coming to an end on May 24, the tournament had been an ideal platform to test the athletes. “Participating in the closed training camp has seen our athletes and coaching staff make a number of sacrifices. However, it was heartening to see all the hard work that has been put in paying off on the mat.

“The coaching staff has worked hard at helping ease the athletes back into a competitive mindset and we are now looking forward to building on these gains.” 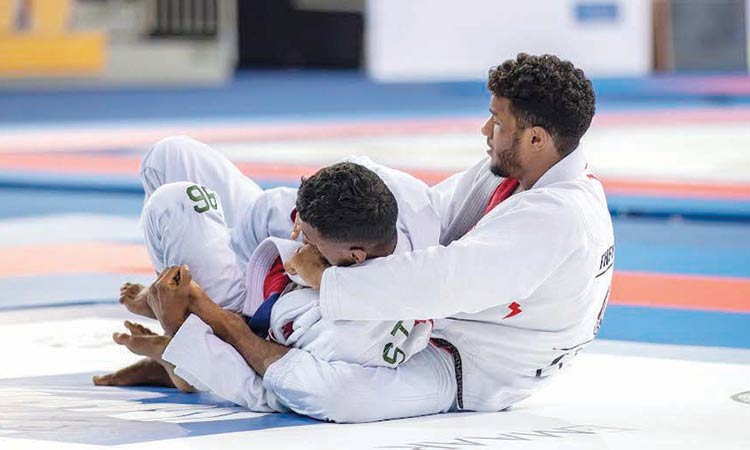 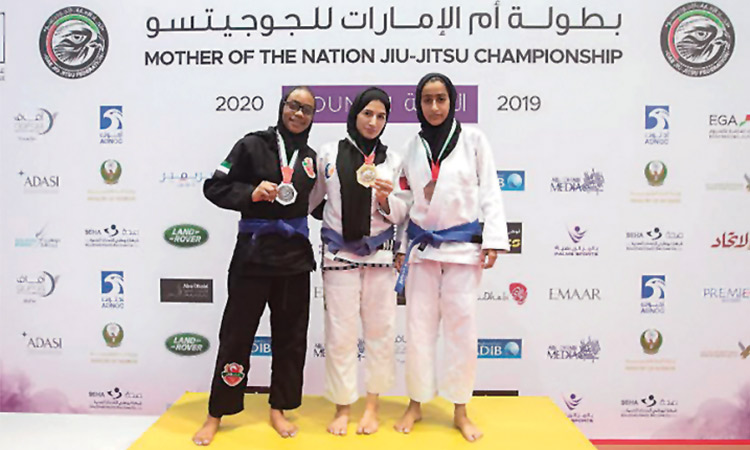