Athletics star takes to rooftop to train in virus-hit Iran 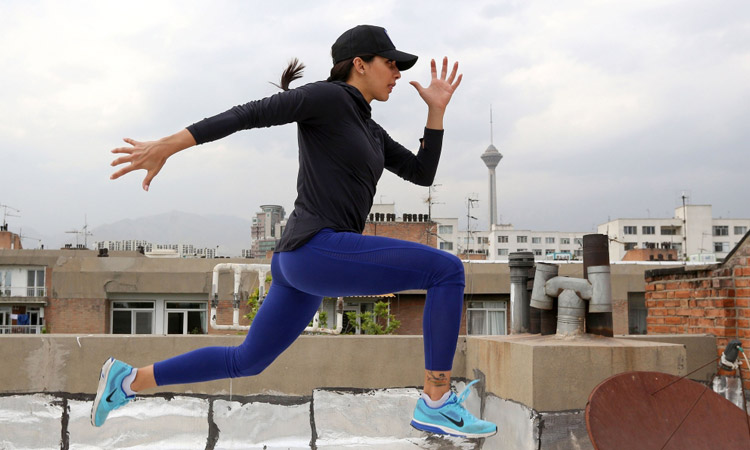 Maryam Toosi practises on the rooftop of her apartment building following the closure of sports facilities in Tehran. AFP

The coronavirus pandemic has forced the world's athletes to keep fit in confinement, and for top Iranian athlete Maryam Toosi, that has meant training on the rooftop of her apartment.

Toosi's exploits as a sprinter have made her a household name in the Islamic republic. 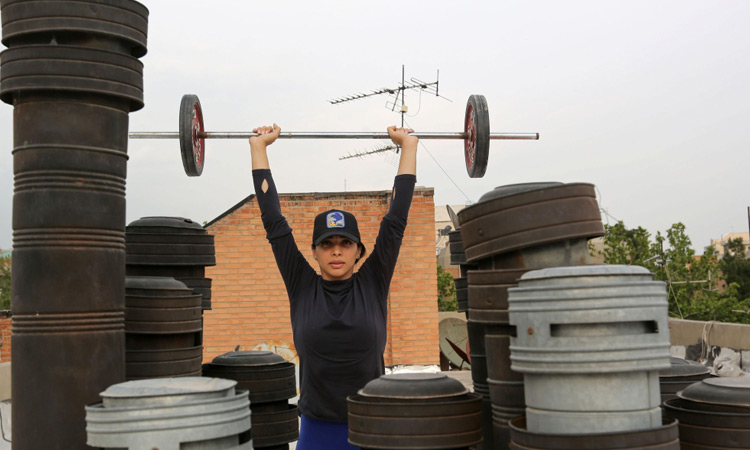 She holds Iran's records for 100, 200 and 400 metres and claimed two gold medals at the Asian Indoor Championships in 2012 and 2014. But now the 31-year-old is confined to her home and has even taken to training on the roof of her apartment block in a bid to stay in shape.

"I train at home, in any space I can use, like the rooftop, inside the house or even in the alley next to the apartment," she said.

"There's a green space there, and I train there when no one is around," said Toosi, who has 159,000 followers on Instagram. 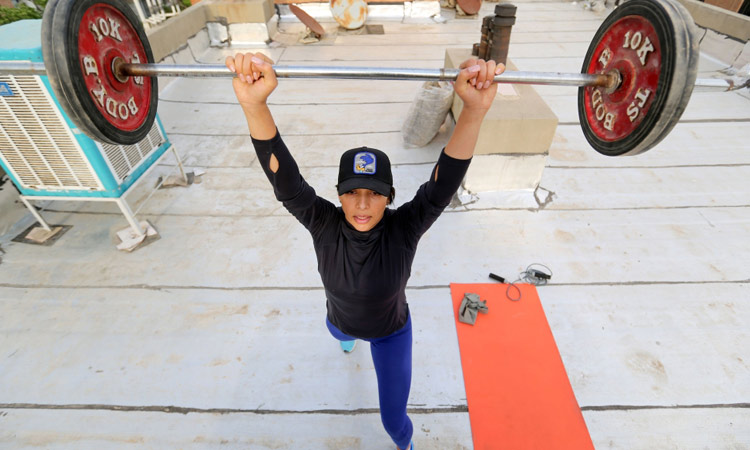 Her apartment is in Shahr Ara, a densely populated neighbourhood of the sprawling capital where there are few open areas. "We have to keep our strength up, because competition will start later and we eventually have to challenge."

The novel coronavirus has claimed the lives of nearly 7,200 people in Iran, making it the deadliest outbreak in the Middle East.

The government ordered the closure of sports facilities in mid-March as part of measures aimed at containing the virus. 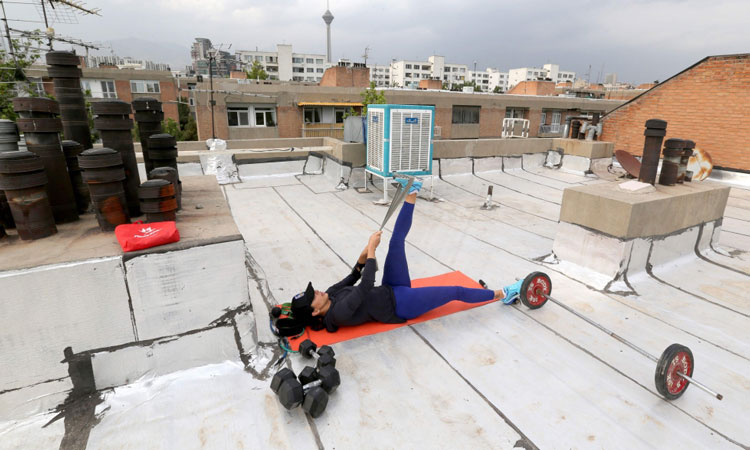 It has forced athletes of all disciplines to practise in Tehran's public parks.

One group of boys has been forced to do football training in one such park, wedged between highways in the west of the capital.

"They call us asking where can they train, because all (training) fields are closed," said goalkeeping coach Soheil Jelveh.

"We bring them over to parks while observing all health protocols and social distancing," he told AFP.

"Wherever there is some grass we can train." 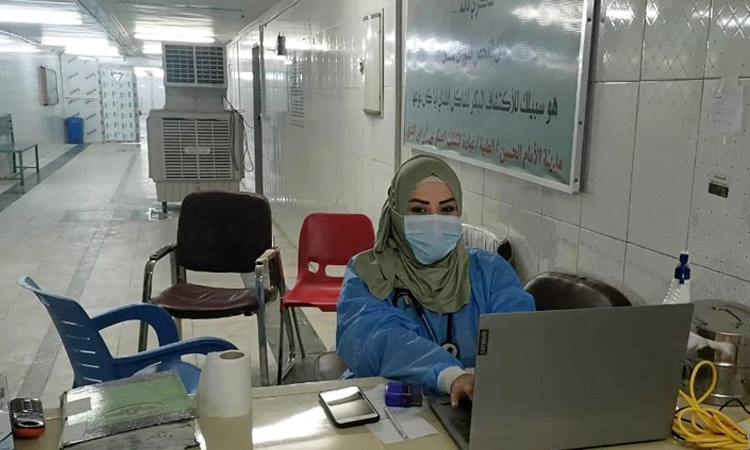 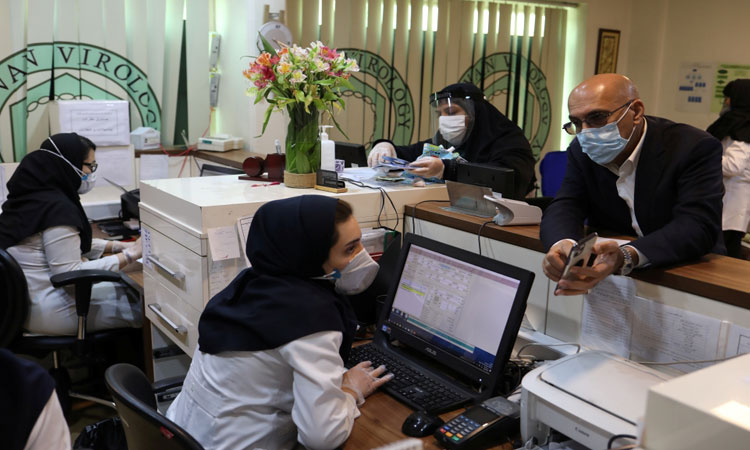 Health services are stretched thin in Iran, the Middle East country hardest hit by the respiratory pandemic, with 7,249 deaths and a total of 129,341 infections. The Health Ministry said in April that over 100 health workers had died of COVID-19. 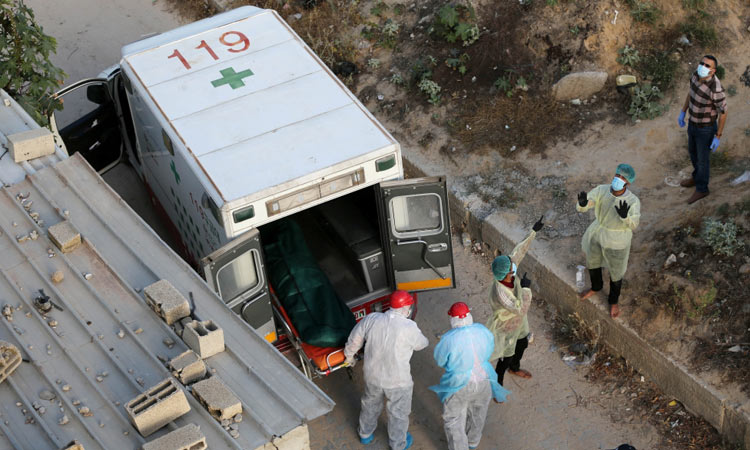 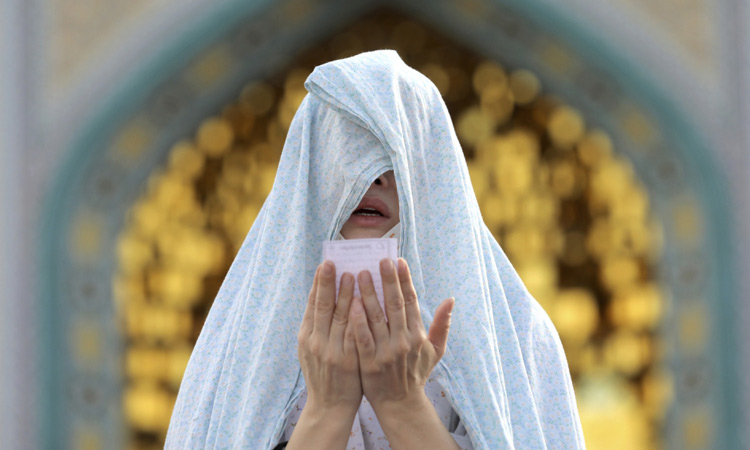 The woman, Saltanat Akbari, was admitted to the Khansari hospital in the central city of Arak. She was released from the hospital after spending "some time" in isolation.