Singapore Formula One promoters say closed-doors race is not feasible 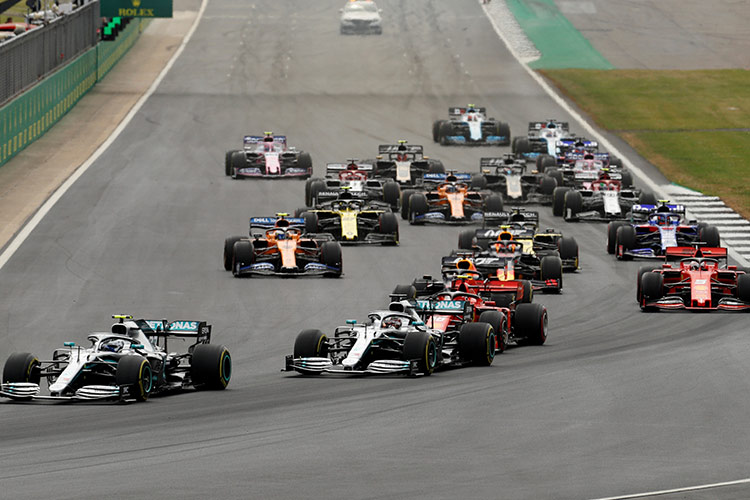 Singapore Grand Prix promoters have ruled out holding their Formula One race without spectators, casting further uncertainty over the likelihood of the September event going ahead.

Formula One plans to start its stalled season in July with races behind closed doors in Austria and Britain due to the COVID-19 pandemic.

The sport has not given up on crowds returning later in the year, however.

Singapore GP promoters told The Straits Times newspaper on Saturday that they were maintaining an open dialogue with Formula One but it was "not feasible to conduct the race behind closed doors".

"The top priority remains the well-being and safety of our fans, volunteers, and all Singaporeans," a spokesman said.

He added "works typically require three months to complete, and this will depend on whether such activities are permitted under the prevailing government regulations".

Last year's race on the Marina Bay street circuit was watched by 268,000 spectators over the three days, with overseas visitors making up 40 per cent of the crowd.

Formula One has yet to publish a revised calendar, with three races cancelled and seven postponed so far, but draft versions have appeared on the internet without featuring Singapore.

The island nation has reported nearly 27,000 cases of coronavirus, the highest per capita infection rate in Asia, largely due to mass outbreaks in cramped accommodation for foreign labourers.

The government has ordered a nationwide lockdown due to run until June 1.

Meanwhile, the Belgian Formula One Grand Prix, scheduled for the end of August but threatened by the COVID-19 pandemic, can go ahead without spectators, regional authorities said on Friday.

The Formula One season has yet to start, with three races cancelled and seven postponed, but series organisers are planning to get going in July with two races behind closed doors in Austria.

The government has said no sports or cultural events can take place before June 30 but sports clubs can resume training in the presence of a coach and with no more than 20 people present from May 18.

"The Belgian Grand Prix can be held behind closed doors, as well as all the necessary prior training," the Belgian region of Wallonia said in a statement.

The Spa-Francorchamps circuit said on its website that it had implemented health and prevention measures to comply with directives.

Formula One has yet to publish a revised calendar, with commercial rights holders Liberty Media aiming for a reduced schedule of 15-18 races running into December and possibly even January.

Belgium was scheduled for Aug. 30 on the original calendar.

Separately, Le Mans organisers are planning to put on the world's biggest virtual endurance race in June after being forced to postpone this year's 24 Hours to September because of the COVID-19 pandemic.

"It will be the most extreme test seen in the virtual world and it will be broadcast live on TV across the globe," the World Endurance Championship (WEC) and Automobile Club de l'Ouest (ACO) said in a statement on Friday.

The teams will each feature four drivers, with at least two professional racers and a maximum of two esports specialists, competing on the rFactor 2 simulator platform.

The starting grid will be for a maximum 50 cars, all from the LMP2 and GTE categories.

Racers will have to handle conditions similar to the French endurance classic, with variable day and night weather conditions and damaged cars repairable in the pits. A race director will oversee proceedings.

No driver will be able to do more than seven hours at the wheel and each will have to do a minimum four hours.

"This first edition of the 24 Hours of Le Mans Virtual opens a new chapter for our discipline," said ACO president Pierre Fillon.