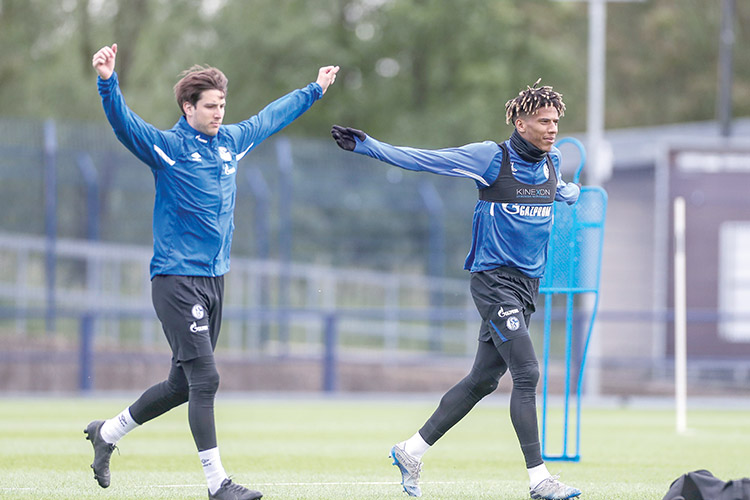 Schalke’s Juan Miranda (left) and Jean-Clair Todibo attend a training session in Gelsenkirchen ahead of their match against Borussia Dortmund on Thursday. AFP

Borussia Dortmund’s young stars Erling Braut Haaland and Jadon Sancho will be hunting more goals on Saturday in “the most unusual derby in history” against Schalke as the German Bundesliga returns behind locked doors.

Dortmund usually expect 82,000 spectators at Signal Iduna Park for a home derby, but the stadium will be near-empty with only a handful of media and officials admitted.

Even national team coach Joachim Loew will not be allowed in to watch his Germany players live on their return to action.

“It will be the most unusual derby in history,” former Dortmund captain Sebastian Kehl told German daily Welt.

Normally, a home derby against Schalke comes alive “through the fans, from their emotions, from the enthusiasm in the stadium,” Kehl added.

Dortmund are looking to close the four-point gap behind leaders Bayern Munich, who visit Union Berlin on Sunday.

However, Dortmund’s iconic south stand, dubbed “The Yellow Wall” and normally packed with 25,000 passionate fans will - like the rest of the stadium - stand empty.

“The players will miss the chance for extra motivation by the fans and the atmosphere,” admitted Kehl.

While league action in England, Spain and Italy is still at least a month away, the German Football League (DFL) has drawn up detailed hygiene guidelines to restart.

The Bundesliga is set to become the first top European league to return during the pandemic, which has so far claimed around 7,700 lives in Germany.

At games around the country, substitutes will wear masks, goal celebrations will be replaced by elbow taps while handshakes and hugs before kick-off are a no-go.

“A lot of things will start from scratch on Saturday,” Dortmund winger Julian Brandt told Sky.

“There will be no real advantages and disadvantages to playing home or away.

“In the end, it depends on who best accepts this situation and can best deal with it.”

The pressure is on Haaland, 19, and Sancho, 20, to continue their goal-rich partnership, despite the empty terraces, and steer injury-depleted Dortmund to victory.

Midfield enforcers Emre Can and Axel Witsel are out with muscle strains, while playmaker Marco Reus is recovering from a groin problem.

Haaland was in stunning form when the league was suspended in mid-March with nine goals in eight Bundesliga appearances since joining from Salzburg.

At third-placed RB Leipzig, Germany striker Timo Werner is aiming to move closer to his goal target for the season against Freiburg on Saturday.

“Not many players my age have scored 20 goals in a season once and I’ve done it twice,” said the 24-year-old Werner who has netted 21 times this term. “I’d like to score 30 in a season.”

Julian Nagelsmann’s Leipzig trail leaders Bayern by five points following draws against Leverkusen and Wolfsburg before matches were halted due to the virus outbreak.

Robert Lewandowski The league’s top scorer is back from injury and looking to add to his 25 goals this season on Sunday against Union in Berlin.

It will also be worth watching Bayern’s Canadian teen Alphonso Davies, 19, who has extended his contract until 2025 after several impressive displays at left-back. Lewandowski has scored in 39 goals in 33 matches in all competitions this season. 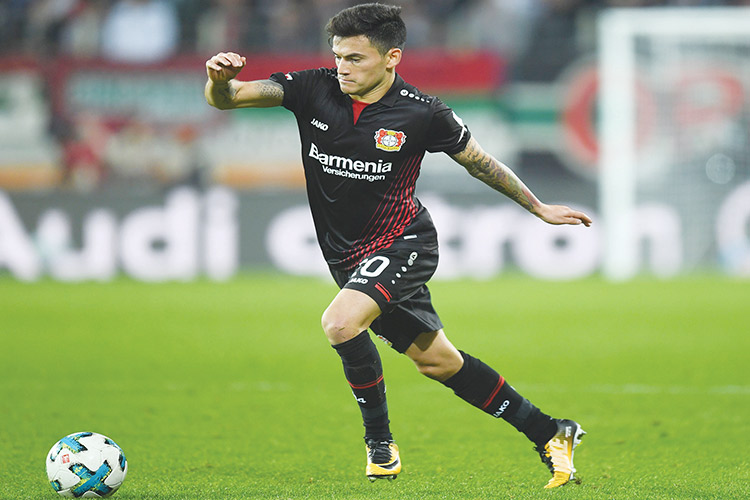 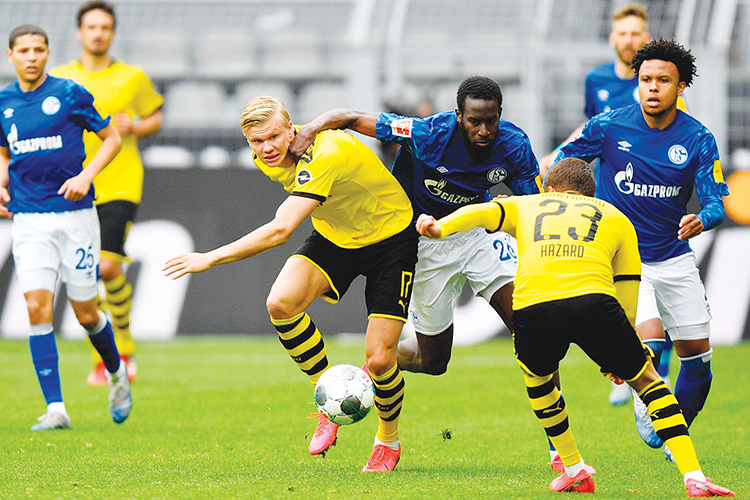