Du Plessis suggests isolation for players before and after T20 WC 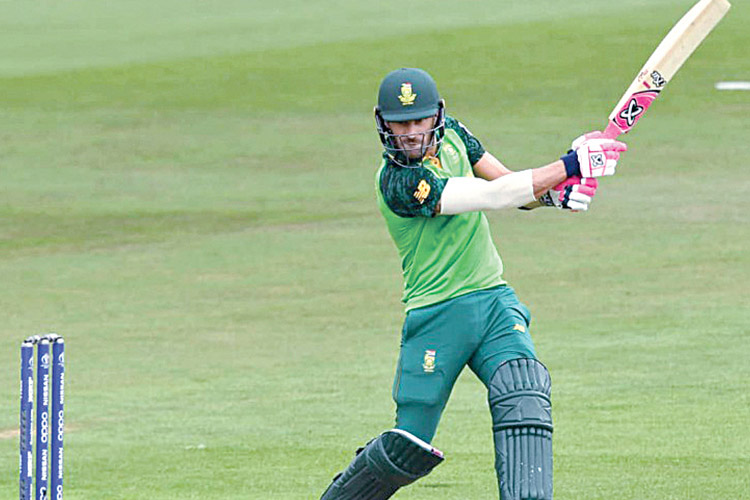 All cricket has been suspended in the wake of coronavirus pandemic and dark clouds are circling over the fate of the showpiece event -- scheduled to take place in October-November Down Under -- as well.

“I am not sure... reading that travelling is going to be an issue for lots of countries and they are talking about December or January,” Du Plessis told Bangladesh cricketer Tamim Iqbal during a Facebook live session as per Cricbuzz.

“But even if Australia is not affected like other countries, to get people from Bangladesh, South Africa or India where there is more danger, obviously it’s a health risk to them,” du Plessis said.

The 35-year-old had stepped down as South Africa captain earlier this year and in an interview later, he had stated he is a natural leader and is enjoying his new leadership role of mentoring the youngsters with an eye on the future of the national team.

“I love captaincy, it is a part of who I am. I have captained since the age of 13. I still look at myself as a leader before a player, so I enjoy that more than anything else.

“I will always miss it, but I do think that the time has come for me to move on to a position of growing other leaders, something that I feel is lacking in our system,” du Plessis had said in an interview released by Cricket South Africa.

Meanwhile, South African and West Indian officials remain hopeful that a South African Test and Twenty20 tour of the West Indies will take place this year - despite announcing on Wednesday that tours by South Africa’s women and the men’s A team had been postponed.

The women were due to play five one-day internationals in Jamaica and Trinidad, starting at the end of May, while the men’s A team were due to start their tour in Antigua in June. Both tours were postponed because of the COVID-19 pandemic.

A statement released by cricket South Africa on Wednesday quoted Johnny Grave, chief executive of cricket West Indies, as saying discussions were continuing with CSA about the feasibility of the senior men’s tour, due to start on July 15.