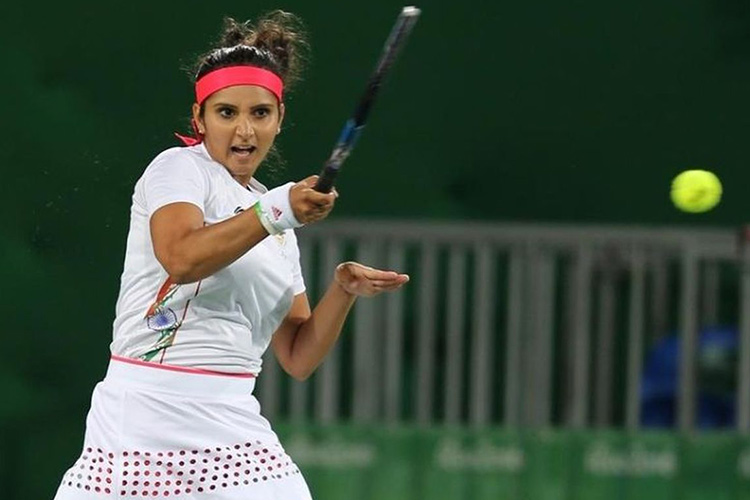 Sania Mirza in action during a match. File

Tennis star Sania Mirza on Monday became the first Indian to win the Fed Cup Heart Award. Sania was the nominee for the award from the Asia/Oceania Zone alongwith Indonesia's Priska Madelyn Nugroho.

"It's an honour to win the Fed Cup Heart Award as the first Indian," said Sania in a statement. "I dedicate this award to the entire country and to all my fans and thank everyone for voting for me. I hope to bring more laurels to the country in the future."

Along with the award, the 33-year-old also received a cheque for $2,000 to be donated to a charity and she opted to help with relief during the ongoing coronavirus crisis.

"I want to donate the money that I get from this award to the Telangana Chief Minister's Relief Fund as the world is going through very difficult times with the virus."

Sania played an integral role in India securing a first-ever place in the Fed Cup playoffs. She won the decisive doubles match that helped India secure their win over Indonesia in their final Group 1 match and they finished second in the group.

After giving birth to her son Izhaan in October 2018, Sania returned to the court in January this year. She clinched the women's doubles title at Hobart International, pairing up with Nadiia Kichenok, in her comeback competition.

Along with Sania, Latvia's Anastasija Sevastova won the Qualifiers award for her win against 23-time Grand Slam champion Serena Williams with Mexico's Fernanda Contreras Gomez and Estonian Anett Kontaveit being the other zone winners.

Sania has been at home since the beginning of the ongoing lockdown in India.

However, her comeback has been halted by the ongoing freeze in the tennis calendar due to the pandemic. Sania was set to participate at Indian Wells which was scheduled to take place in March 2020 but was eventually postponed.

Earlier, in a webinar for coaches that was organised by the All India Tennis Association and the Sport Authority of India, Sania said that coaches need to be more sensitive while working with young girls.

"My dad always tells me that to work with a woman tennis player is a lot trickier and a lot more mental because I do think that there are a lot of issues that girls go through, especially when they are adolescent," said Sania.

"There are so many changes that are happening, internally in your body and externally as well. You are trying to be the best tennis player that you can be while there are so many hormonal changes happening as well, and it happens throughout the life of a woman."

Indian tennis team will travel to Pakistan for the first time in 55 years to participate in the Davis Cup, Asian News International, ANI, quoted a senior official of All India Tennis Association, AITA, as saying on Sunday.