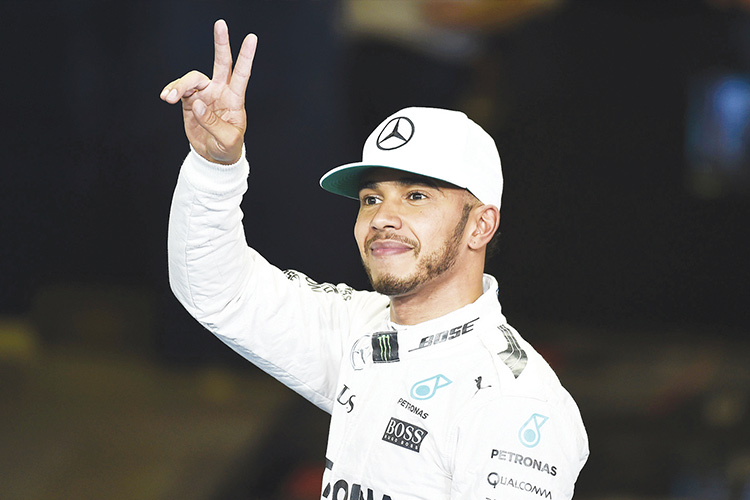 Six-time world champion Lewis Hamilton has said he feels “fresher than ever” following an unexpected break from Formula One.

The start of the 2020 Grand Prix season has been delayed until July by the coronavirus, with 10 races out of what should have been a record 22-event championship either cancelled or postponed.

Hamilton, however, is trying to make the most of the downtime ahead of his bid for a record-equalling seventh world title.

“For an athlete in their prime, it’s never a good thing to step away for a year but we have been handed a part-sabbatical, which I am enjoying.”

The 35-year-old British driver added: “I feel fresher and healthier than ever.” Hamilton explained his enforced absence from the track was “almost a blessing on one side because it gives you even more appreciation for the things you love and do” and had left him “excited for the future”.

Hamilton has not been among the drivers taking part in online racing, although he said he had played Call of Duty online with fellow F1 drivers Pierre Gasly and Charles Leclerc.

The 2020 season is now set to start in July with the Austrian Grand Prix -- the first of several races scheduled to take place behind closed doors as a precaution against the spread of COVID-19.

Hamilton said the prospect of racing without spectators “gave me a really empty feeling because the fans make the race”.

Nevertheless, he understood racing of any kind would be a boost for Grand Prix enthusiasts amid the pandemic.

“I don’t know how exciting it’s going to be for people watching it on TV but it’ll be better than nothing.”

Meanwhile, Daniel Ricciardo cannot wait for Formula One to get back to racing in a COVID-19 blighted season, and when it does he reckons the first grand prix could be a recipe for chaos.

The Australian, isolating in Perth since his home race in Melbourne was cancelled in March, has not driven his Renault since the last day of testing in Barcelona at the end of February.

Formula One plans to get going in Austria, pandemic permitting, with two races at the Red Bull Ring from the start of July.

Ricciardo told the BBC on Saturday he expected “some form of chaos, hopefully in a controlled manner” because all the drivers had been out of action, at least on the real racetrack rather than virtual, for so long.

“I am not really referencing cars everywhere. But there is going to be so much rust, a combination of emotion, excitement, eagerness,” the 30-year-old said.

“Everyone is going to be ready to go. You are going to get some guys who perform on that level of adrenalin and others who might not. So you’re going to get some bold overtakes, some miscalculated ones. You’re going to see a bit of everything.” Ricciardo’s former boss Christian Horner, whose Red Bull team have won at home in Austria for the past two years with Dutch youngster Max Verstappen, agreed the return could shake things up.

“This is probably the longest time all the drivers have been out of a seat,” he told the Guardian newspaper.

“That could be healthy in a way. If we begin again in July, they will all be rusty as hell and there will be some incidents.”

Ricciardo, a seven-times race winner with Red Bull, is in the last year of his lucrative Renault contract with his future uncertain.

He has been spending his time on the family farm, a situation he has described as perfect for training with plenty of space and none of the stresses of travelling.