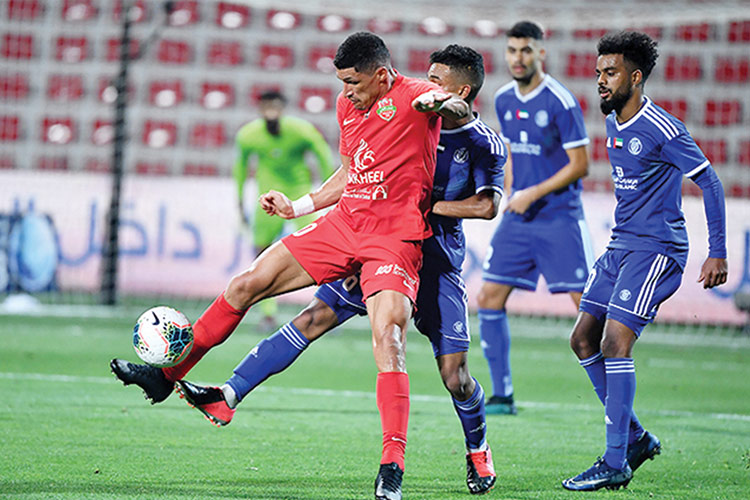 Players vie for ball during a match.

The UAE Pro League Committee (PLC) has given August as a provisional date for resumption of the Arabian Gulf League.

The announcement was made on Wednesday in a joint statement with the UAE Football Association, who confirmed that all football that falls under its auspices could return that month.

“The UAE Pro League is following up with the relevant UAE authorities on the latest developments concerning the Covid-19 pandemic and the hard work that is being carried out to protect all members of society,” the league statement read.

“After analysing the situation with the relevant authorities, the UAE Pro League has decided, in coordination with the UAE Football Association, a plan for its competitions to resume in August 2020.

“This provisional plan will be evaluated continuously in collaboration with the national authorities, the UAE Football Association and the Asian Football Confederation.

“The UAE Pro League will determine the changes to regulations and decision-making mechanisms related to its competitions in due course, taking into consideration the announcement will give clubs a suitable amount of time to prepare properly.”

The Arabian Gulf League was postponed after the completion of the 19 rounds into its season.

Still seven rounds remain to be contested. Shabab Al Ahli Dubai are at the top of the standings with 43 points, followed by former 13-time champions Al Ain in second with 37 points, while Al Jazira are occupying third spot with 36 points.

Recently, the UAE Football Association authorised clubs in the Arabian Gulf League to temporarily deduct up to 40 per cent of salaries from players and coaches.

The proposal, which allows monthly wages to be reduced provided they do not fall below Dhs15,000, was put forward at a virtual meeting on Sunday chaired by Sheikh Rashid Bin Humaid Al Nuaimi, the FA president. 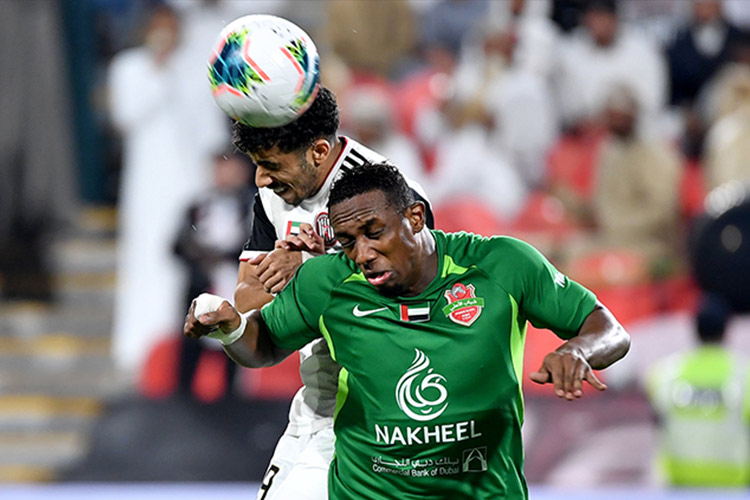