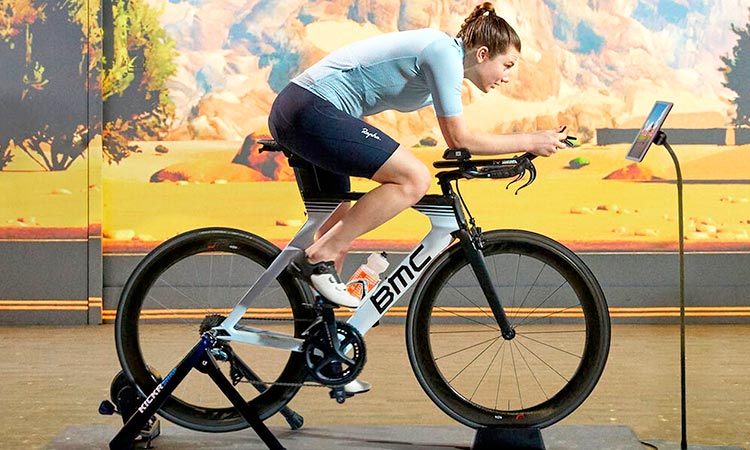 Being organised as a part of DSC’s ‘Be Fit, Be Safe’ campaign, the Virtual Tour Challenge is open to people of all age groups, ability and nationality.

Cycling enthusiasts from around UAE and the globe, missing the outdoors due to the precautionary closure of public space, will be able to get their competitive kicks next week from the safety of their homes by taking part in Dubai Sports Council’s Virtual Tour Challenge.

A five-day event with five different stages, the Virtual Tour Challenge will take place from April 19 to April 23, between 5pm and 8pm each evening, via Dubai Sports Council’s Dubai Cycling app, which is available on both the Android and iPhone platforms.

Being organised as a part of DSC’s ‘Be Fit, Be Safe’ campaign, the Virtual Tour Challenge is open to people of all age, ability and nationality, and they can register through the Dubai Cycling app, using their Google or Facebook accounts.

To take part in the Virtual Tour Challenge, participants will need to sync their smartwatches with the Dubai Cycling app and make sure their bikes are hooked up to an interactive Smart Tacx Trainer, which will measure speed, power, cadence and distance, and send the data to the Dubai Cycling app for display on the leaderboard.

The opening stage of the Challenge will be the 85km virtual Al Qudra Track, followed by the 8.2km Nad Al Sheba course on day two. On April 21, the participants will take to the hills of the 8.5km Hatta Green Loop, before returning to the 8km Jumeirah Kite Beach track for Stage 4.

The finale then will take place on the virtual 4.4km Mushrif Park track on April 23.

Like any race, podium finishers will receive virtual medals while stage winners in four different classifications will get to wear four unique-coloured virtual jerseys.

There are exciting prizes on offer as well for the eventual podium-finishers.

Cycling is one of the most popular sport and fitness activity in the UAE, and DSC’s Virtual Tour Challenge aims to give an opportunity to these cyclists to compete from the safety of their homes, as well as encourage others to embrace this sport and continue working on their fitness at home.

That is the main focus of the “Be Fit, Be Safe” campaign, which is running under the hashtag #DSCchallenge.

The campaign has also received widespread support from the community, with experts from the fitness industry and some of UAE’s top sports stars, taking part alongside many others, including mums and dads, and schoolkids, of different nationalities.

As part of the campaign, DSC has also linked up with some of the leading brands from UAE’s fitness industry to offer free daily virtual fitness classes, led by certified fitness trainers.

The Council also organised a unique ‘Marathon at Home’ last week, and it was a stupendous success.

The first such event of its kind in the world, the Marathon attracted more than 750 participants from around the globe.