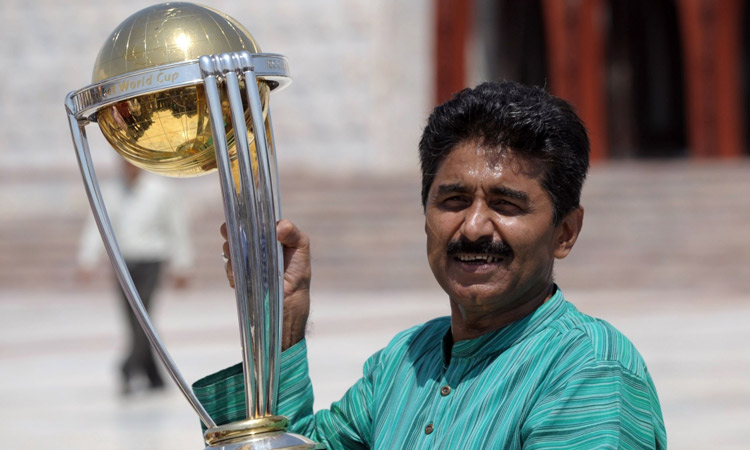 Javed Miandad poses for a photograph with the ICC World Cup 2015 trophy during a ceremony in Karachi. File / AFP

Match-fixing and spot-fixing — determining the outcome of a specific part of a game rather than the overall result — have stained the country's sport for several years.

"Players who are involved in spot-fixing should be severely punished," Miandad, who scored Pakistan's second-highest Test runs with 8,832, said on his YouTube channel.

"Spot-fixers should be hanged because it is similar to killing someone, and so the punishment should also be on the same lines. An example should be set so that no player even thinks about doing something like this."

His remarks follow player Mohammad Hafeez's protests over former opener Sharjeel Khan's return despite receiving a five-year ban in 2017 over a spot-fixing case.

Meanwhile, Pakistan batsman Umar Akmal faces a ban of six months to life after being charged for not reporting a fixing offer last month, a crime under Pakistan Cricket Board's anti-corruption code.

Fixing was exposed in 1995 after Australians Shane Warne, Tim May and Mark Waugh alleged then-skipper Salim Malik offered them bribes to under-perform in matches.

That led to a judicial inquiry that banned Malik for life.

But in 2010, then Pakistan skipper Salman Butt and fast bowlers Mohammad Amir and Mohammad Asif were involved in a spot-fixing case that led to five-year bans.

Only Amir returned to international cricket — a comeback that also raised opposition, most prominently by Hafeez.