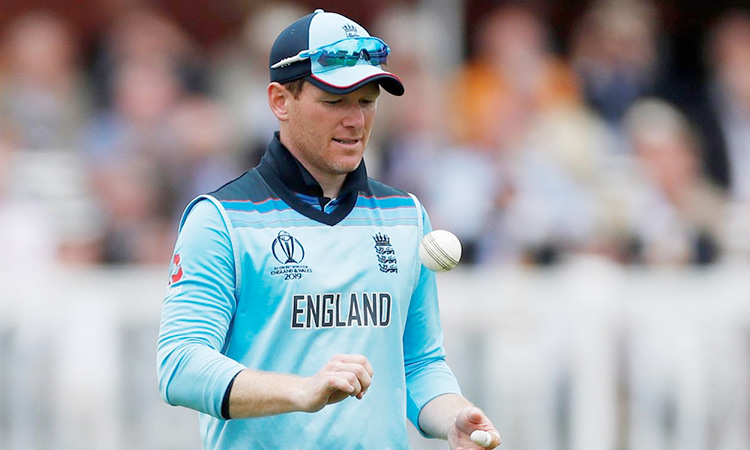 While Eoin Morgan (above) white-ball side take on Australia in 50-over and Twenty20 matches scheduled in July, the Test team, skippered by Joe Root, could face either WI or Pakistan, who are both due to arrive at the sametime. File / Reuters

The England Test team, skippered by Joe Root, could face either West Indies or Pakistan, who are both due to arrive for three-match series, while Morgan’s white-ball side take on Australia in 50-over and Twenty20 matches scheduled in July.

“I see every option being viable during this extraordinary time,” said England limited-overs captain Morgan during a conference call on Wednesday.

“Certainly I’ve never experienced anything like it and I don’t think anyone else has. I think the serious nature of the situation economically and financially for the game is something that we have never come across.”

All domestic Cricket in England has been postponed until May 28 at the earliest, with the West Indies series still scheduled to start on June 4.

“Certainly from a players’ point of view, we want to do as much as we can to try and keep things going,” Morgan said.

“If there’s an opportunity to play as much Cricket as we can, I’d like to think every player would be behind it. I certainly am.

“But obviously times are still uncertain at the moment... Realistically we can’t think about playing, when our first game will be, or how many we will play until the situation is downgraded from a pandemic.”

In a separate interview later Wednesday, Morgan said he would have no qualms playing behind closed doors if that was the only way Cricket could be staged, adding games broadcast on television might boost national morale despite the absence of sold-out crowds that often attend international fixtures in England.

“From a very serious point of view, if medical experts advised us it was OK to play behind closed doors and it was on TV, I think that would be a huge step forward for the game.

“Sport can play a huge role in uplifting the world and people’s perspective on things, although he added that Cricket “in the grand scheme of things doesn’t matter”.

One consolation for Morgan during the outbreak is that the 33-year-old Dublin-born batsman recently became a father after his wife Tara gave birth to the couple’s first child, a son named Leo.

“We’ve been isolated for a bit longer than anyone else, which is really nice,” he said. “It’s been good fun and a very exciting time for us.”

Meanwhile, England and Wales Cricket Board chief executive Tom Harrison “volunteered” on Wednesday to take the same 25 per cent pay cut as other employees in the face of the coronavirus pandemic.

On Tuesday, when Harrison unveiled the ECB’s £61 million ($76 million) aid package in response to the “once in a generation” challenge of COVID-19 he said he would take a pay cut.

On Wednesday, the ECB unveiled the details.

“Proposed cuts will vary according to the employee’s job grade, ranging from 25 percent to 10 percent,” said an ECB statement that added they would consult staff on plans to reduce all employees’ salaries for two months.

“The executive management team and board will receive a salary reduction of 20 percent, while chief executive officer Tom Harrison has volunteered a 25 percent reduction.” Harrison an annual salary of some £720,000 ($892,000).

Some staff will be “asked to consent” to being place on the furlough scheme that will see the UK government pay as much as 80 percent of their salary up to £2,500 per month, with the ECB paying the additional 20 percent of the reduced salary.