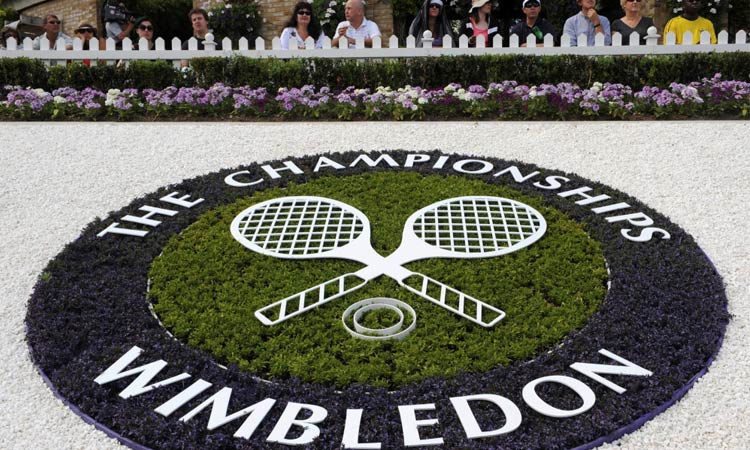 A Wimbledon logo is seen inside the grounds at the Wimbledon tennis championships in London. File / Reuters

The Wimbledon championships were cancelled for the first time since World War Two on Wednesday as the coronavirus pandemic struck another blue-riband sports event off the calendar and wiped out the entire tennis grasscourt season.

While the decision had looked inevitable for some time, since the virtual shutdown of world sport and the postponement of the Tokyo Olympics, Wimbledon had been one of the few events not to have been officially cancelled or postponed. 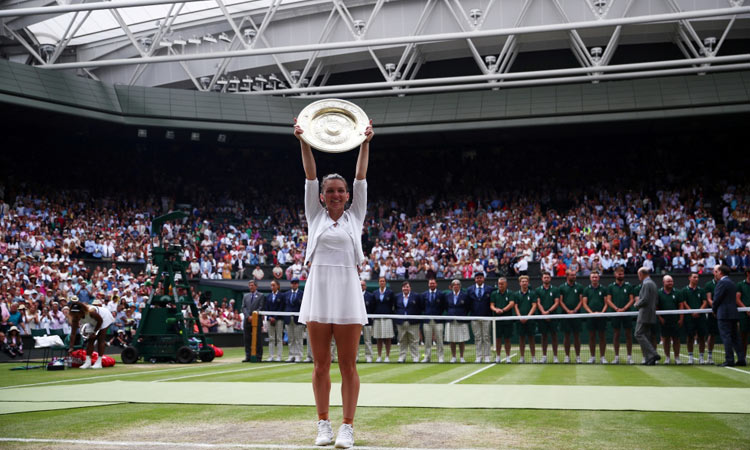 Simona Halep poses with the trophy as she celebrates after winning the final against Serena Williams. File / Reuters

But after emergency talks between the various stakeholders over the last few days, the All England Lawn Tennis Club (AELTC) announced that it was impossible for the grasscourt Grand Slam, scheduled for June 29-July 12, to take place.

"It is with great regret that the main board ... have today decided that The Championships 2020 will be cancelled due to public health concerns linked to the coronavirus epidemic," the AELTC said in a statement.

Federer, Messi and Guardiola donate $1m each to coronavirus battle

Tickets holders will be offered the chance to purchase tickets for the same day and court for 2021 championships as well as being issued with a refund for this year's event, organisers added.

Wimbledon had been held every year since 1946 after a six-year hiatus because the country was at war.

Following the cancellation of the grasscourt major, and with the pandemic worsening in Europe and the US the men's ATP Tour, women's WTA Tour and the International Tennis Federation extended the suspension of professional tennis for another five weeks to July 13.

"At this time, tournaments taking place from July 13, 2020 onwards are still planning to proceed as per the published schedule," said a joint statement from the governing bodies.

Britain's death toll from the virus reached 2,352 on Wednesday, according to NHS figures.

The French Open, originally due to be held from May 24-June 7 was postponed and controversially rescheduled by the French tennis federation for Sept. 20-Oct. 4, shortly after the end of the US Open.

The US Open organisers said they were continuing with their plans to host the hardcourt Grand Slam in New York as scheduled from Aug 31-Sep 14.

NO VACCINE = NO TENNIS

Players across the tennis fraternity reacted with shock and sadness at the cancellation of Wimbledon. 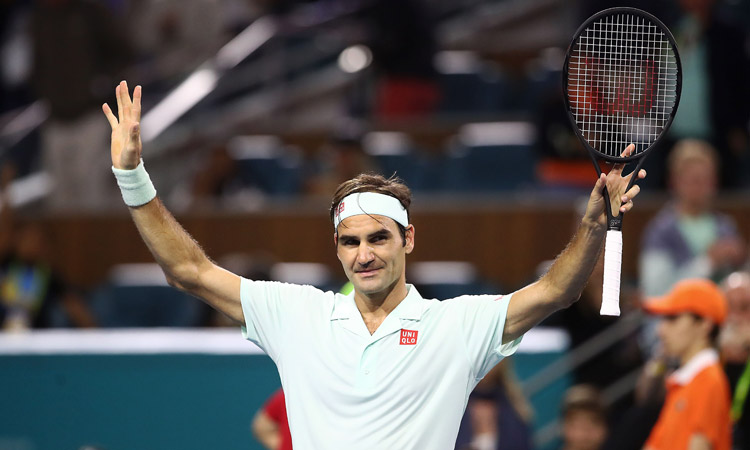 
"There is no gif for these things that I am feeling," he added.

In a statement from the organisers of the Halle Open, which was also cancelled, Federer said: "We are going through difficult times but we will emerge stronger. I already look forward to returning to Halle next year. Stay healthy."

Former Wimbledon champion Amelie Mauresmo did not think either the US Open or the French Open would go ahead this year.

"I think we're going to have to draw a line under the 2020 tennis season," Mauresmo said on Twitter this week.

"International circuit = players of all nationalities plus management, spectators and people from the 4 corners of the world who bring these events to life. No vaccine = no tennis."

Unlike the French Open, which is played on clay, Wimbledon's scope for re-arranging the start date was extremely limited.

While Centre Court and Court One boast a roof, playing elite level tennis outside on grass would have been extremely challenging in late summer or autumn with a lack of light and problems caused by dew forming on the surface late in the day.

Shortening the format of the tournament, or playing behind closed doors, would also have proved extremely unpopular with the players.

"While in some ways this has been a challenging decision, we strongly believe it is not only in the best interests of society at this time, but also provides certainty to our colleagues in international tennis given the impact on the grass court events in the UK and in Europe and the broader tennis calendar," AELTC Chief Executive Richard Lewis said. 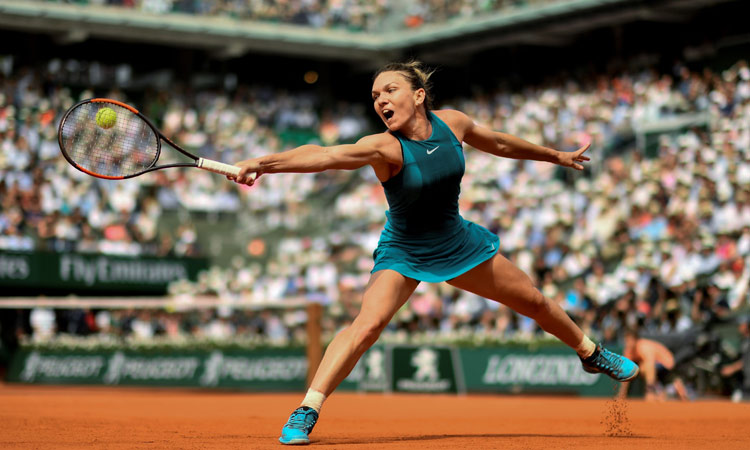