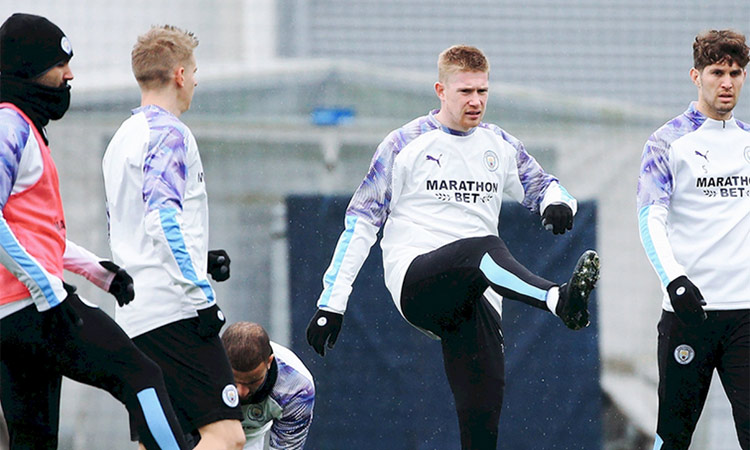 Manchester City midfielder Kevin De Bruyne has deferred his retirement by “two more years” after the coronavirus lockdown made him realise how much he will miss football when he finishes his career.

The pandemic has brought global sport to a virtual standstill with events postponed, suspended or cancelled. The Premier League season has been suspended until at least April 30 after several players tested positive for the virus.

After an injury-plagued 2018-19 campaign, De Bruyne was back to his best this season, leading the league with 16 assists and on course to break the Premier League record of 20 in a season before the league was suspended last month.

“It’s time to play football again. I miss it and it’s difficult. But we are not important, football is not important. People love football... but you need to stay safe.”

De Bruyne said he and his family were in self-isolation after his children fell ill last month, which is why he did not travel back to his native Belgium.

“I’ve been at home now for two weeks,” De Bruyne added. “At the beginning, my family and my kids were a little bit sick so that was a little bit worrying but they are alright now.

“It took eight or nine days... but now they’re better luckily as you never know what is going to happen.

“People ask why I’m not in Belgium. It’s because I’m self-isolating in England. I live here so I’m here with my kids and wife.”

He was closing on the Premier League assists record, standing four behind Thierry Henry’s high of 20. That put him on course to win the league’s own Playmaker of the Year award for the second time in three years, having clinched it in 2018 by setting up Gabriel Jesus’ late winner at Southampton on the final day of the season.

De Bruyne is contracted to City until the summer of 2023 after signing a blockbuster five-year deal in 2018.

City were second in the league standings and leading Real Madrid 2-1 after the first leg of their Champions League last-16 tie before the season was suspended.