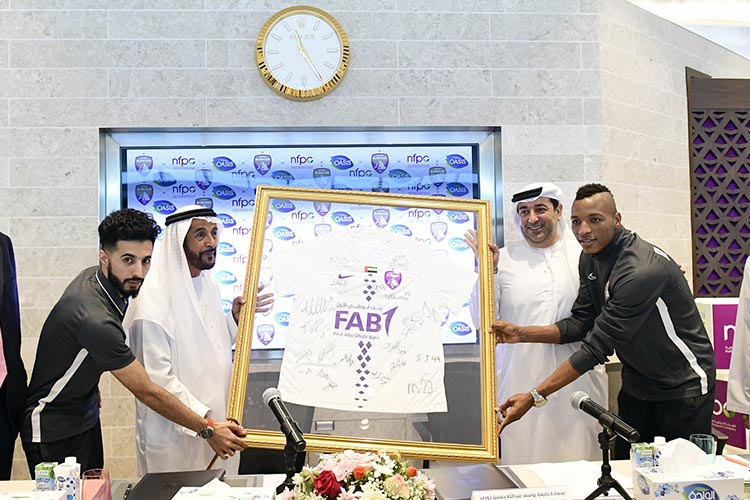 Officials and players pose during the agreement signing ceremony.

National Food Products Company (NFPC), the UAE-based Food and Beverage organisation, has signed an exclusive partnership agreement with Al Ain Sports and Cultural Club for the next three years.

In return, the agreement will see NFPC entitled to a range of club branding and hospitality rights, including player participation and appearances at NFPC events and use of the AFC logo and players’ images on NFPC products packaging.

Al Ain Football Club was founded in 1968 and is one of the most successful football teams in the UAE, having won a range of tournaments including 13 UAE Pro-League, six President’s Cups, three Federation Cups, one Arabian Gulf Cup, five Super Cups, two Abu Dhabi Championship Cups, one Joint League Cup, an Emirati-Moroccan Super Cup, the Gulf Club Champions Cup, and the AFC Champions League, being the the first and only UAE team so far to win this esteemed tournament.

Iqbal Hamzah, Group CEO of NFPC comments: “We are delighted to partner with a great UAE institution that has brought so much pleasure to so many people. Football is an inclusive sport, and to align our beverage products with a well-loved and highly successful club like AFC is very exciting. We look forward to a fruitful and beneficial relationship spanning many mutual opportunities for profile raising and audience engagement.”

“In our commitment to promoting successful marketing partnerships, we choose the best sponsors who boast an esteemed pedigree.  We would like to congratulate our new partner, NFPC, one of the leading national companies in the field of food production and packaging in the UAE, a company with a proud heritage, having been established in the beloved capital, Abu Dhabi in 1971, said Mohamed Thaaloob Salim Hamad Al Derei, Chairman of the Board of Al Ain Club Investment Company. 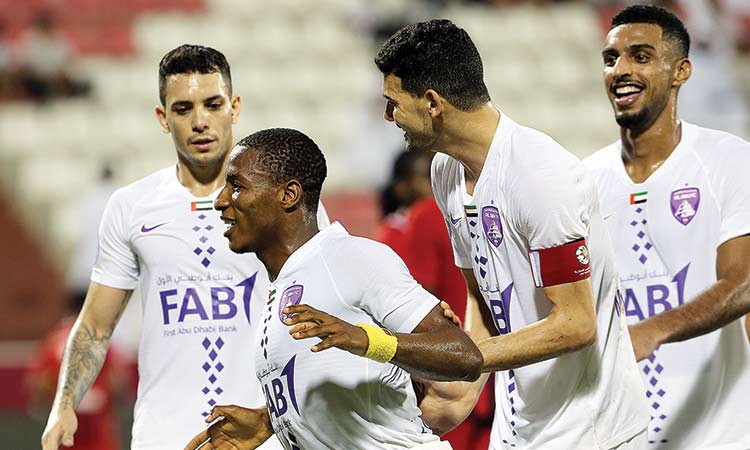 Kodjo Laba scored four goals as Al Ain thrashed Fujairah 7-1 at Fujairah Stadium in matchweek 5 of the Arabian Gulf League on Friday. After a slow start to the game, Al Ain got their first chance 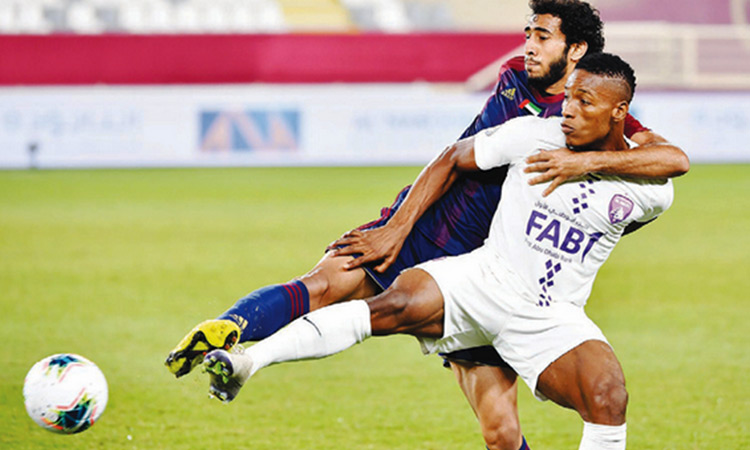 Kodjo Laba scored at the death as Al Ain defeated Al Wahda 2-0 at Al Nahyan Stadium in matchweek 11 of the Arabian Gulf League on Saturday night. The hosts started on the front foot, 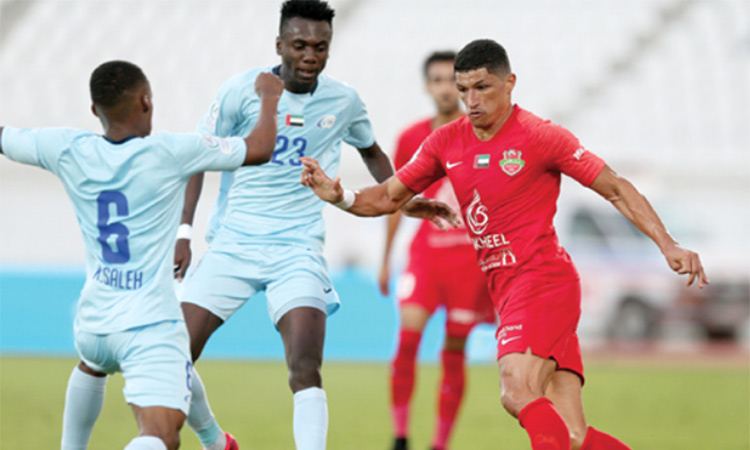