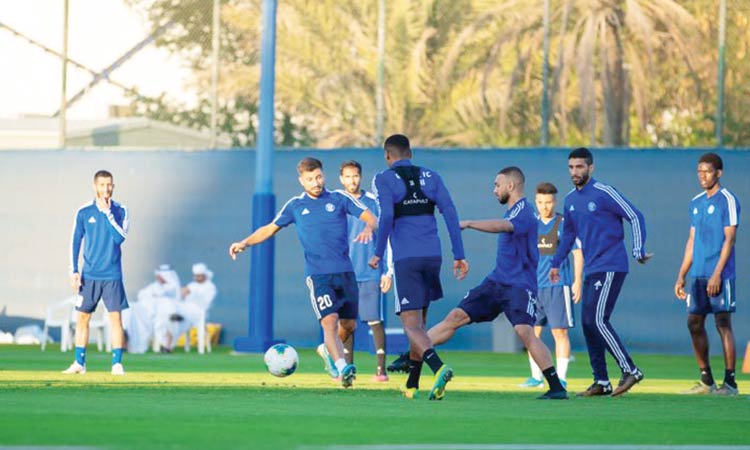 Al Nasr players attend a training session ahead of their match against Khorfakkan.


Shabab Al Ahli will look to give their new coach Gerard Zargoza a winning start and extend their lead at the top with a victory against Ajman in the 19th round match of the Arabian Gulf League (AGL) on Friday.

A resurgent Shabab Al Ahli staged a resilient performance of late to topple Sharjah from the top. They are three points clear of second place Al Ain with 40 points in their kitty.

Zargoza, who has been in charge of the U-21 team, also looks to start his stint on a winning note against underdog Ajman.

“I thank the club for the opportunity to lead the first team. We have achieved good results with the under-21 team, and I hope to repeat them with the first team. I know it will be a difficult task, but it is good to find the players are ready both mentally and physically,” said Zargoza.

He replaced Rodolfo Arruabarrena, whose contract with the team expired. Arruabarrena left the team on the top of the league after a successful spell.

Zargoza said: “My ambition is same as that of the team’s ambition and that is to win the league. We face pressure from all the teams in the league, and I like to accept the challenges. We will feel lesser pressure as we are at the top at the moment.”

He added: “Since October, the team has been at the top of the league. We don’t have to think much about the standings. I respect all the teams but we don’t fear any one. I watched a number of matches of Ajman, which is a good team, and I have some details about them. I also have my own plans to tackle them,” said Zaragoza ahead of their upcoming match against Ajman.

Talking about his promotion from the U-21 coach to the heading the top most team of the top flight in the country, he said: “The most important thing in training is to work with mutual respect. The training process is same in all the teams, and the only difference is that I was dealing with young people and now I have to deal with experienced players,” he concluded.

Youssef Jaber of Shabab Al Ahli said: “We have a great responsibility in the rest of the upcoming matches, and we pledged, as players with the new coach, to offer our best.

“We would try to put up a better performance. We will try to return with better results. I thank our previous coach Arruabarrena as he gave everything to us. We, as players, have gone through many coaches, and the change of a coach does not affect us psychologically.  The players know that every new coach has his way of doing the things and we must follow his instruction  during the training and matches,” he concluded.

Meanwhile, in the other match on Friday, Al Nasr will meet Khorfakkan at the Al Maktoum Stadium.

Al Nasr Croatian coach Krunoslav Jurčić said: “We have an important and difficult match for several reasons. The most important of which is the lack of victory against the big teams. Khorfakkan have developed significantly and performed excellent in recent matches and succeeded in achieving positive results.”

Of late, Al Nasr’s performance has not been up to the mark as they have lost three of their last six matches and drawn two, winning just one. Owing to their poor run of results in the league recently, they slipped to seventh spot with 28 points from 18 games.

Jurčić continued: “We have prepared well for this match that we seek to win. All players are fully prepared for the match except for Rashid Omar, who will be absent due to the accumulation of yellow cards, besides that we will not rush to push the player Mohamed Fawzi until he regains his full fitness.”

Jurčić concluded his speech by saying: “We must focus our team, not others, and give everything to reach on top, especially since Al Nasr is one of the big and influential teams in the Emirati football.”

Striker Ahmed Al Attas spoke about the upcoming match, saying: “Khorfakkan are one of the best teams in the second round, and after watching the Shabab Al Ahli match, the coach told us that facing Khorfakkan will not be easy and we must do our best to win.”

Alattas added: “I thank the coach for his interest, as he requested to sign me, and on the first day he told me that he would give me the opportunity to participate in the matches. I am doing everything I can in the training to help the team, and I am working on benefiting from experienced players like Negredo.

A relegation-threatened Hatta will take on Al Wasl at the Hamdan Bin Rashid Stadium. 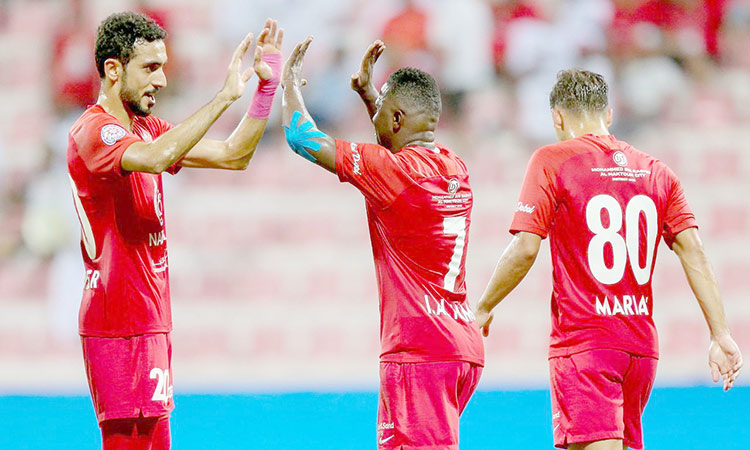 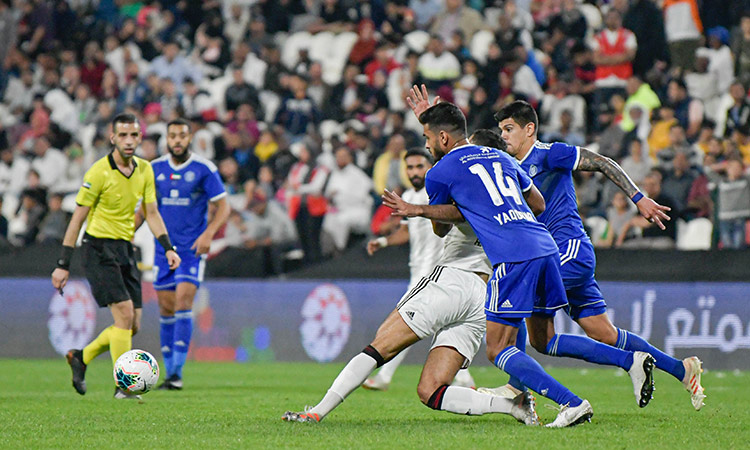