Real lacked everything in miserable defeat at Betis: Zidane - GulfToday 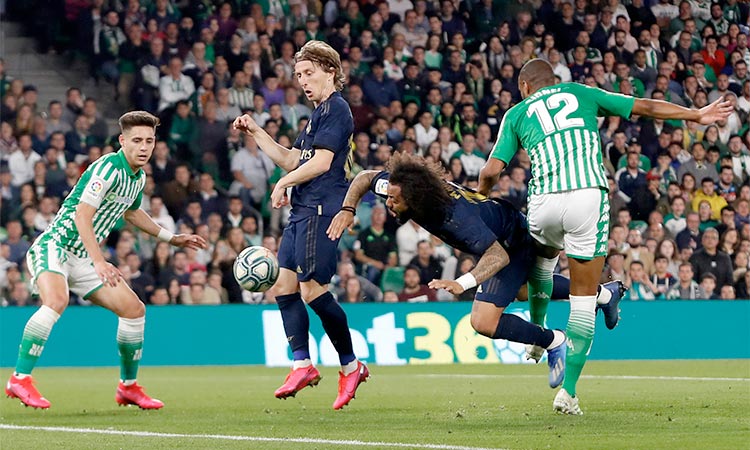 Real Madrid’s Marcelo is tackled by Betis’ Sidnei during their Spanish League match in Seville on Sunday. Associated Press

“Today we lacked everything, it was our worst game of the season,” Zidane told a news conference after the loss left Real trailing leaders Barcelona by two points with 11 games left.

“We lacked energy, creativity, possession and aggression. We didn’t do anything well in the first or second half. We made lots of errors, gave the ball away a lot and when you are not at your very best things can get very complicated.”

Madrid had the chance to underline their title credentials after beating Barca 2-0 last week in the ‘Clasico’ to top the table but were outplayed by Betis from the start of the game.

They were fortunate to head into the halftime break with the game level after Karim Benzema’s penalty cancelled out Sidnei’s thumping opener, but Betis continued to dominate the play and snatched a deserved late winner through Cristian Tello.

“We didn’t deserve to win. It’s a real blow and we have to analyse everything,” Zidane added.

“We had a very bad day but that can always happen. We should not be driven crazy by this defeat but we cannot be happy.

“We’re going to move on from this and we know we’ll find solutions as until now we have had a good season. We have strengths and weaknesses but we can turn things around.”

Real midfielder Casemiro said the defeat could mean the difference between his side winning a first league championship since 2017 or losing out again to Barcelona, who are bidding to claim the trophy for the third season in a row.

“This defeat could cost us the title although we need to think game-by-game, “ he said.

“If you want to win the league you have to play well in every game and today we did not play well. They played much better than us and all we can do is congratulate Betis and keep working because we did not play how we needed to.”

Madrid have now lost three out of their last four games and won only two from seven, a dip in form that has appeared even more charitable given Barca’s own problems on and off the pitch.

After a game at home to Eibar on Friday, Zinedine Zidane’s side will travel to Manchester City in the Champions League but on this evidence their hopes of recovering their 2-1 home defeat from the first leg would seem faint at best.

Ramos will be suspended at the Etihad Stadium and his own poor run of form continued against Betis, where he was at fault for their first goal and then complicit in compounding Benzema’s error for the second.

“We haven’t played the way we trained all week,” said Ramos. “We have to be self-critical. And now we have to wait for those above us to slip up.”

Eder Militao will likely come in for Ramos against City and he was given an outing at right-back in the absence of the ill Dani Carvajal while Marcelo was preferred to Ferland Mendy on the opposite side.

Gareth Bale was left out of the starting line-up for a fourth match running. 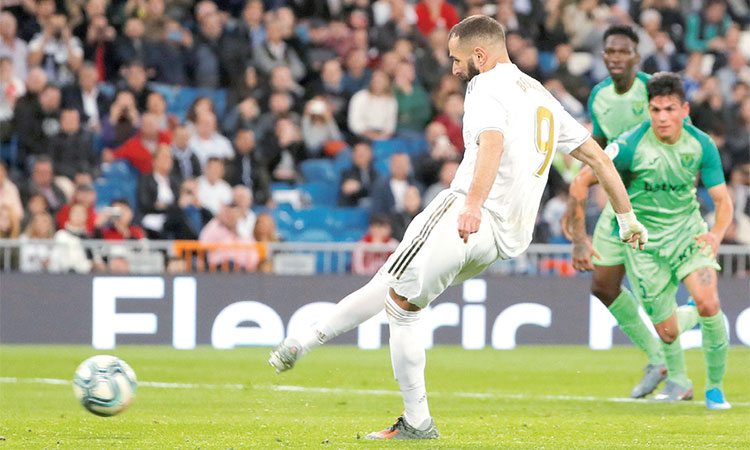 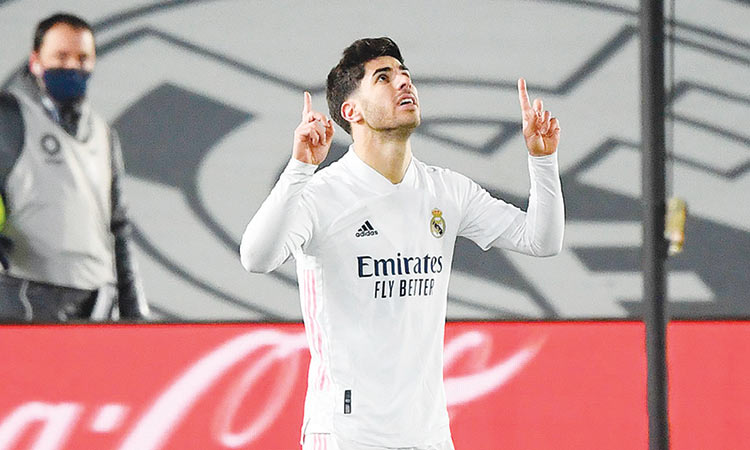