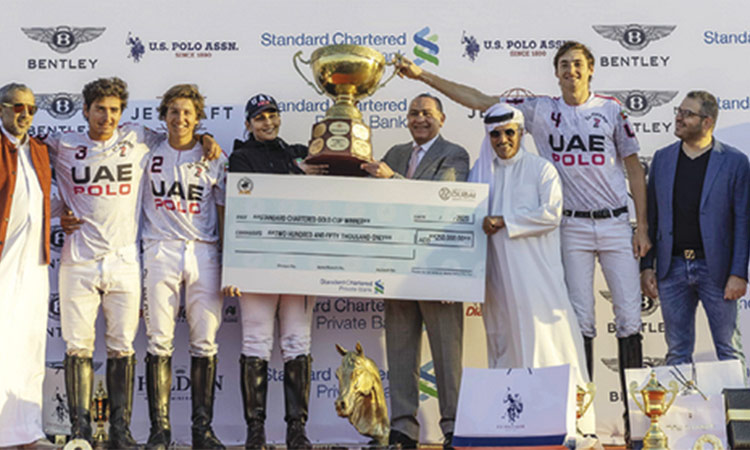 Members of the UAE Polo team pose with the trophy along with the dignitaries.

The final day of the Standard Chartered Gold Cup 2020 was filled with polo action, live entertainment, grand prizes and fun for all the spectators.

he first match of the afternoon was between Abu Dhabi Polo and Habtoor Polo teams at the Bentley Cup. The game was neck and neck game as both teams played equally strong. Abu Dhabi had taken the lead in the first chukker and levelled out the score at the end of the second.  Mohammed Al Habtoor, the patron of the Habtoor Polo, stole the ball from Alfredo Cappella and took the lead for the team.

The succeeding minutes saw one goal after the other, and both teams were tied close to halftime until Martin Podesta closed the chukker with a lead for Habtoor Polo. The fourth chukker Facundo Sola created a three-goal advantage for Habtoor Polo. By mid of the final chukker, Martin Podesta scored the 11th goal for the team which Abu Dhabi Polo was not able to catch up on throughout the fifth chukker. The Bentley Cup ended with a final score of 11 - 7 in favour of Habtoor Polo.

The final featured the 2019 Dubai Open champion - UAE Polo team up against AM - UAE Polo, a team that made its debut to high-goal polo this season. AM - UAE Polo had a strong start that continued through to the end of the second chukker. The Panelo brothers took the lead for the first time during the third chukker but, Ignacio Acuña scored a last-second goal that settled the game at 5 goals.

The penultimate chukker continued to be a close game with three quick back to back goals that kicked up UAE Polo’s lead. The determining chukker saw UAE Polo team successfully defend its position and secured the win at 10 goals to 8. 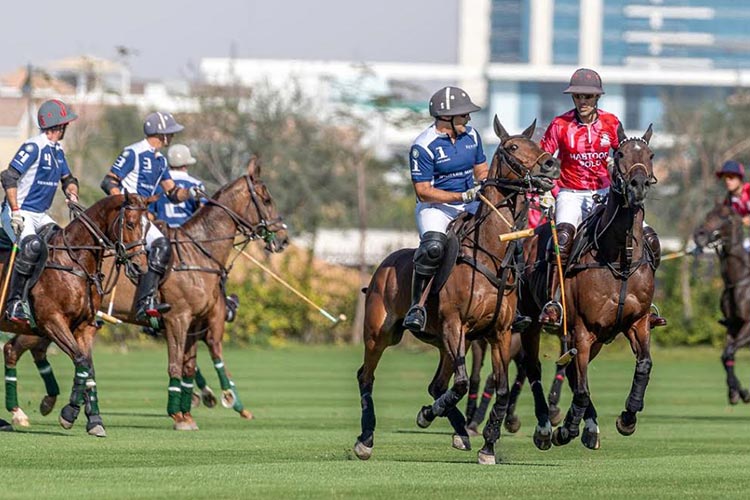 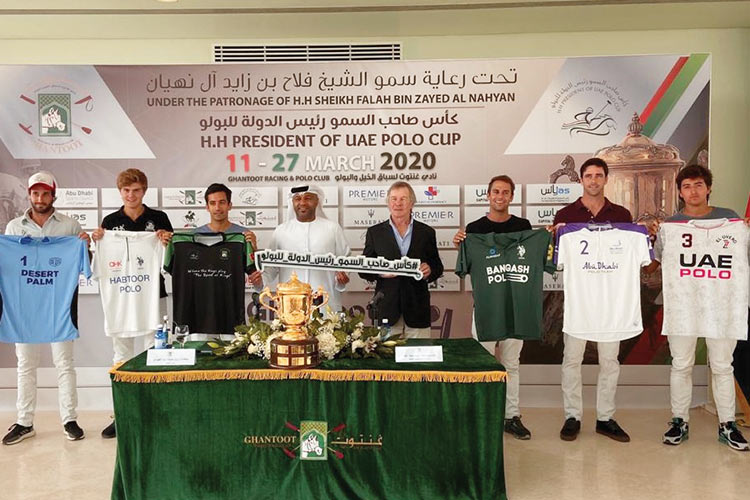 Hosts Ghantoot Polo team went on a blistering attack in the fifth and final chukker to overcome a two-goal deficit and defeat Bangash 9-8 on an action-packed opening day in the 2020 HH President of the UAE Polo Cup. 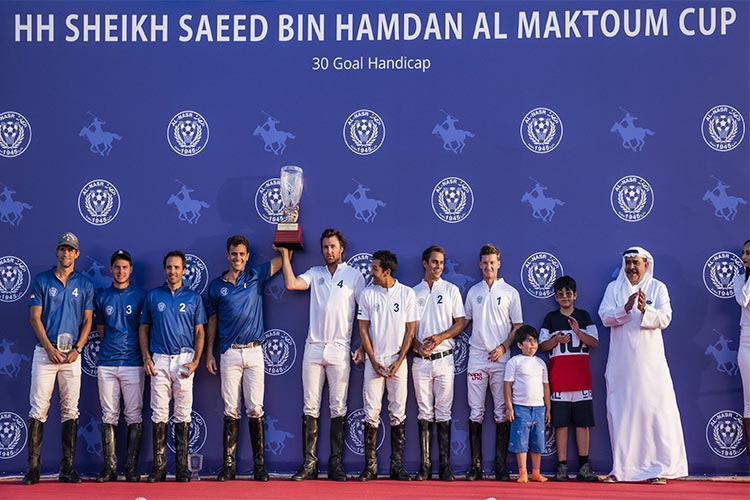