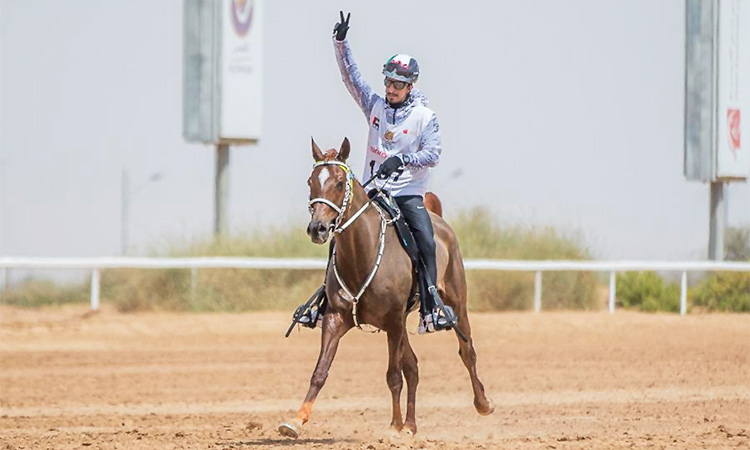 The 119km Dubai Crown Prince Endurance Cup sponsored by Emirates Airline will be hosted by the Dubai Equestrian Club on Saturday. This highly anticipated ride is the highlight of the Dubai Crown Prince Endurance Cup Festival, which opened on March 2. The Festival comprises a total of four rides, catering to a wide range of riders and horses—including female riders and mares—adding variety to this celebration of endurance riding. The festival is sponsored by Meydan pillar partner Emirates Airline and is held at Dubai International Endurance City, a purpose-built, state-of-the-art endurance facility.

This was followed by the 119km Dubai Crown Prince Ride Restricted to Private Stables/Individuals on March 3, and the 119 km Yamamah Endurance Cup for Mares on March 4.

The Yamamah Endurance Cup is quite significant, as it is named after the mare the Crown Prince rode to win the 2014 World Equestrian Games Endurance gold medal in France.

The finale, the 119km Dubai Crown Prince Endurance Cup sponsored by Emirates Airline, will be flagged off on Saturday.. An impressive international contingent is expected to participate, as usual. They will compete alongside local talent.

The festival is an important stop on the Arab endurance calendar and draws inspiration from Sheikh Hamdan and his continuous efforts to help develop and grow sport in the region.

The Crown Prince is Chairman of the Dubai Sports Council and under his leadership there is a consistent drive to host world-class sporting events here in Dubai and the UAE, encourage the development and success of sporting leagues and clubs, while always maintaining a very high standard for these establishments functioning under the Sports Council umbrella.

A world-class endurance athlete himself and winner of several prominent international titles, Sheikh Hamdan is committed to offering locals a variety of platforms, which allows them to participate in and excel in sport. The Dubai Crown Prince Endurance Festival creates several opportunities for local and international athletes to succeed and challenge their own personal skills and abilities in a safe and secure environment.

Adil Al Ghaith, Senior Vice President Commercial Operations, Gulf, Middle East and Central Asia said: “Emirates has a strong affiliation with horse racing and equestrian sports around the globe and we are honoured to continue our support for the Dubai Crown Prince Endurance Cup. This race is a true testament of both the horse’s endurance and rider’s skills and Emirates is delighted to sponsor this excellent event and we are confident that this year’s race will be incredibly successful.”

Mohammed Essa Al Adhab, General Manager of DEC, said: “The Crown Prince Endurance Festival is a prominent competition on the Dubai Equestrian Club programme and one that we host with great pride.

“Each year we witness a growing number of international and local athletes making their mark during this competition.