Munro and Ronchi shine as Islamabad beat Lahore by 71 runs 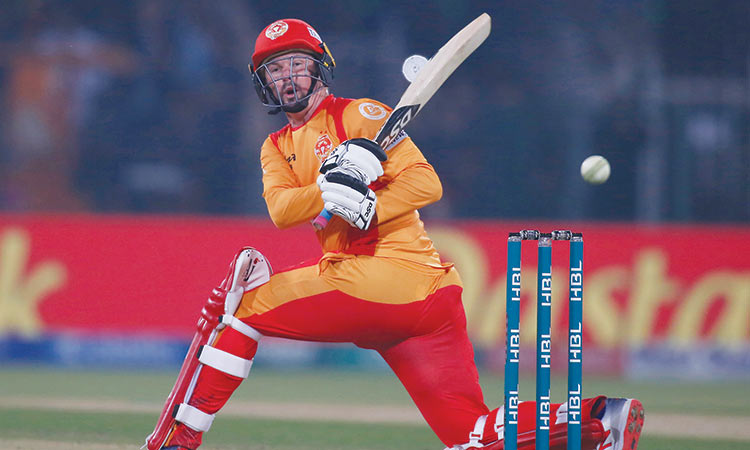 Islamabad United’s Colin Munro plays a shot against Lahore Qalandars during their PSL match in Lahore on Wednesday. Associated Press

Islamabad United beat Lahore Qalandars by 71 runs in a Pakistan Super League match held at the Gaddafi Stadium on Wednesday. Chasing a huge target of 199 runs, the Qalandars were all out for 127 in 18.5 overs.

Earlier, Islamabad United plundered a big score of 197 for the loss of only three wickets after being put into bat.

Luke Ronchi and Colin Munro provided a fine start with an opening wicket stand of 103 runs.

Colin Munro top scored with an unbeaten 87. He struck eight fours and three sixes during his 59-ball innings.

Other major contributor was Luke Ronchi who made 48 off 31 balls with six fours and a six.

Misbah, while speaking to Geo News, said that the 32-year-old was performing well in the ongoing PSL and added that the wicket-keeper batsman was on track with his fitness which could lead to a possible call-up.

Furthermore, the chief selector said that there will be additional matches following the conclusion of the PSL 2020 in order to determine who gets picked in the World Cup squad.

“Sarfaraz has been playing very well in the PSL 2020 and he is also fit. While he is in consideration for the World Cup, there will be matches after the PSL to decide which player will get the call,” he said.

The former skipper was sacked as captain in October last year over his poor fitness and declining performance of the team.

Sarfaraz currently leads the Quetta Gladiators in the PSL 2020.