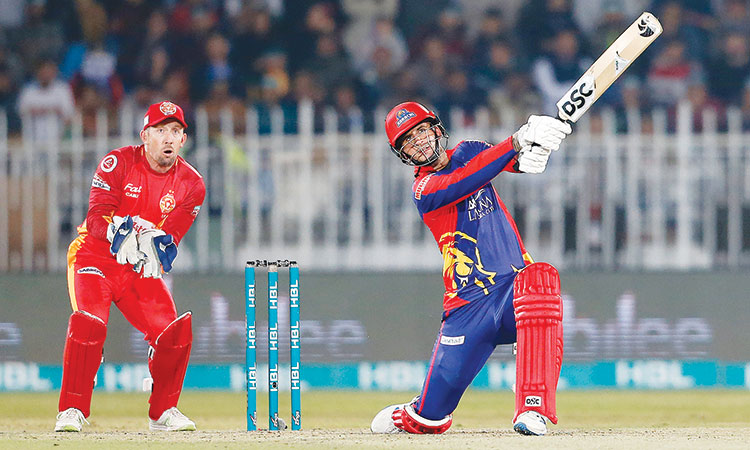 Chasing 184, Karachi were off to a nightmare start when their superstar opener Babar Azam was run out for zero without even facing a ball in the opening over.

However, instead of panicking and melting, the other opener Sharjeel Khan came good, contributing a blistering 20-ball 38 before Alex Hales (52) and Cameron Delport ‘s(38) crucial 66-run partnership swung the match in Karachi’s favour.

Their 106-run stand for the fourth wicket had helped the capital city side to a total which had seemed unlikely when they had lost their first wicket in the very first over.

The three fixtures played across four days – which marked the first time of the league being held in Multan – saw rousing crowds at the 24,800-capacity Multan Cricket Stadium support not only the home side but also the touring parties.

The Pakistan Cricket Board (PCB) had promised in 2019 to stage the HBL PSL, one of the most-watched T20 leagues across the globe, in Multan which is in line with its policy to take cricket in every nook and corner of the country and make the game accessible to fans all across the country.

For the very purpose, the PCB had earmarked Rs2 billion for the renovation of the cricket stadiums in Multan and Rawalpindi, with a big chunk of it was invested on the Multan Cricket Stadium.

With the last international match in Multan being 12 years ago, that it was the right move was underscored by the humongous turnouts – which had almost the same number as in the stands waiting outside the gates to watch their cricketing heroes. Whether in post-match press conferences or in other interactions, both local and foreign squad members mentioned the resounding cheers of energetic fans.

PCB Chief Executive Wasim Khan said: “High-profile cricket was returning to Multan after a long gap of 12 years and the people of Multan well and truly embraced its return. The scenes at the Multan Cricket Stadium were extraordinary and each and every fan in the stands made their presence felt by cheering every shot and wicket.

“These scenes, however, were not only limited to the stands. People in Multan have serious passion for cricket and one could feel that in every part of the city. The addition of another venue in the HBL PSL roaster must have delighted every Pakistan cricket fan. This is yet another major milestone in the PCB’s efforts to return to normalcy and that Multan leg of the HBL PSL turned out to be a success is largely due to the cricket-loving people of the city.

“These are the encouraging signs for the PCB and our next aim is to bring international cricket back to the city.”

Multan Sultans, the home team, made the four days memorable for the fans by winning all three matches against Peshawar Zalmi (six wickets), Karachi Kings (52 runs) and Quetta Gladiators (30 runs).