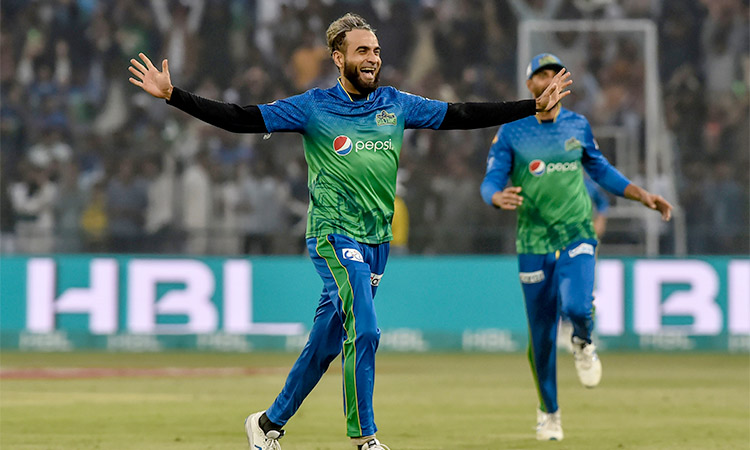 Multan Sultans recorded their second successive home win in the HBL Pakistan Super League 2020 by beating Karachi Kings by a comfortable 52-run margin at the Multan Cricket Stadium on Friday.

A fine bowling performance led by spinners Imran Tahir and Shahid Afridi who shared five wickets between them set the tone of Sultans’ comfortable win after their batsmen had set what proved to be a match winning 186 for six first innings score.

Sohail Tanvir, who got a four-wicket haul in Sultans win over Peshawar Zalmi on Wednesday, took two wickets for 20 runs. Alex Hales with 29 and Umaid Asif 20 were the only batsmen to offer some resistance in what was a less than inspiring batting performance by the Kings.


Batting first after being asked to bat at the toss, Sultans posted a formidable 186 for six total in their allotted 20 overs courtesy half-centuries by opener and man-of-the-match Moeen Ali and captain Shan Masood.

The two added 71 runs for the second wicket partnership after Zeeshan Ashraf (23 off 13 balls) had provided the hosts a flying start in a 31-run opening stand with Moeen.

Moeen hit four fours and as many sixes in his 65-run innings that came off 42 balls; he was the second wicket to fall. Shan also faced 42 balls scoring 61 runs with the help of seven fours and one six.

Khushdil Shah (10) was the only other batsman to reach double figures as Sultans innings was built on the contributions by Moeen and Shan.

Meanwhile, Lahore Qalandars, the last-placed team in the PSL, are set to be without fast bowler Haris Rauf for the next two or three matches because of a right foot injury.

Haris experienced pain on the inner side of his right heel during Lahore’s loss to Islamabad United on Sunday, the Pakistan cricket Board said.

Scans ruled out any fracture but the PCB said Haris has been advised rest.

However, the 26-year-old fast bowler had a disappointing start to this year’s PSL, taking 1-40 against Multan Sultans and 2-41 against Islamabad as Lahore lost both games at home.