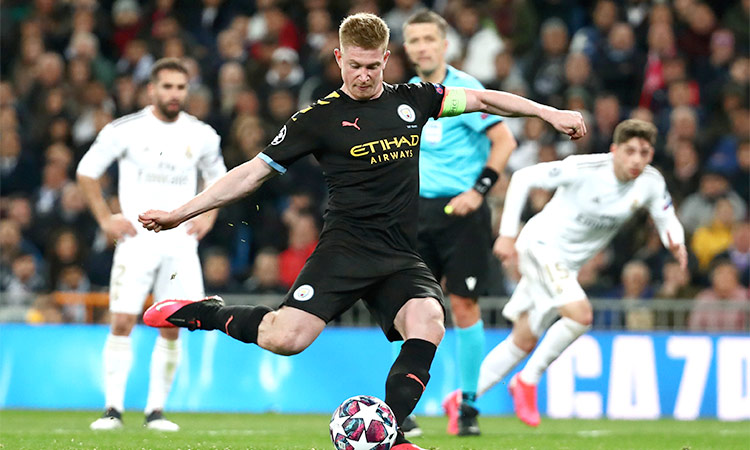 Kevin De Bruyne orchestrated a dramatic Manchester City comeback on Wednesday as they stunned Real Madrid 2-1 at the Santiago Bernabeu to put one foot in the Champions League quarter-finals.

Madrid looked on course to edge a cagey contest after Isco’s smart finish early in the second half, but De Bruyne teed up Gabriel Jesus in the 78th minute and then tucked away a penalty five minutes later.

A pulsating finish saw Sergio Ramos sent off for preventing Jesus from going clear and Madrid’s captain will now be banned for the second leg at the Etihad Stadium on March 17.

City’s two away goals will make them heavy favourites to go through, even if manager Pep Guardiola was quick to discourage complacency.

“It’s still not over,” he said. “If there is one team that can overcome this it is this club (Real Madrid) with their experience and their history.”

“We know the situation,” said Real Madrid manager Zinedine Zidane. “We have to go there and win.”

Madrid have now won only one of their last five games, with the Clasico against Barcelona in La Liga to come on Sunday.

“We are on a bad run but we have to get ourselves out of it,” said Zidane. “Sunday is a chance to change.”

Guardiola sprung a surprise by picking De Bruyne up front and leaving Raheem Sterling, Sergio Aguero and Fernandinho all on the bench.

“We played without a proper striker because of the way they defend,” said Guardiola.

“They are so aggressive down the middle and when that happens you have to make the pitch wide.”

His gamble paid off handsomely, even if Nicolas Otamendi made the mistake that led to Isco’s opener while an injury to Aymeric Laporte meant Fernandinho had to be introduced midway through the first half.

Laporte must now be doubtful for Sunday’s League Cup final against Aston Villa.

Guardiola insisted on Tuesday that Manchester City’s two-year Champions League ban, pending appeal, imposed by UEFA for breaching financial fair play rules would not act as a spur for his players.

But it was on the minds of travelling fans, who were singing against European football’s governing body from almost the first minute.

The opening half was tentative with both teams’ priority to stifle and City content to concede possession, so long as Jesus and Riyad Mahrez could race away on the break.

Jesus cut inside Raphael Varane but shot straight at Thibaut Courtois and on the stroke of half-time, the Brazilian came close again, this time Ramos blocking and Fede Valverde hacking away off the line.

Real should have scored when Karim Benzema’s header was palmed out by Ederson but Vinicius Junior slipped when about to tap in from five yards out with the goal at his mercy.

City enjoyed their best spell after the break. Casemiro carelessly conceded possession and De Bruyne tore away, feeding Mahrez, who cut in and curled wide. Jesus drove another shot at Courtois.

Zidane considered a change and Gareth Bale was warming up when Madrid took the lead. Otamendi failed to control a Rodri pass and Vinicius broke, with Kyle Walker and Fernandinho rushing to meet him.

They left Isco free behind them and Vinicius picked him out, giving the Spaniard a simple finish.

The hosts smelt an opportunity for a second as Dani Carvajal weaved through and Ramos’s volley was deflected over by Fernandino.

Bale came on for Madrid and Sterling for City. Shortly after, De Bruyne’s clipped cross was too high for Ramos at the back post and Jesus’s header beat a weak right hand from Courtois to equalise.

Five minutes later, City completed the turnaround when Carvajal slid in late on Sterling and De Bruyne made no mistake from the spot. 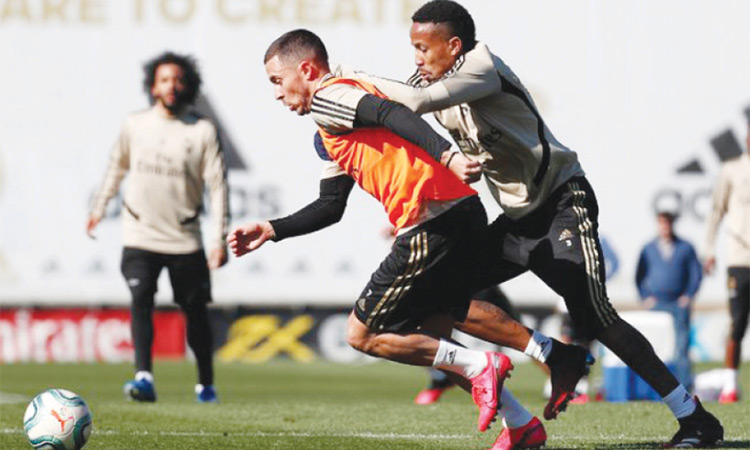 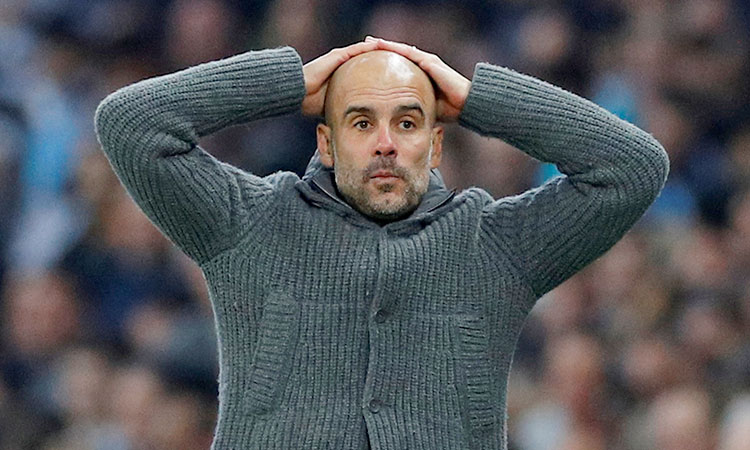 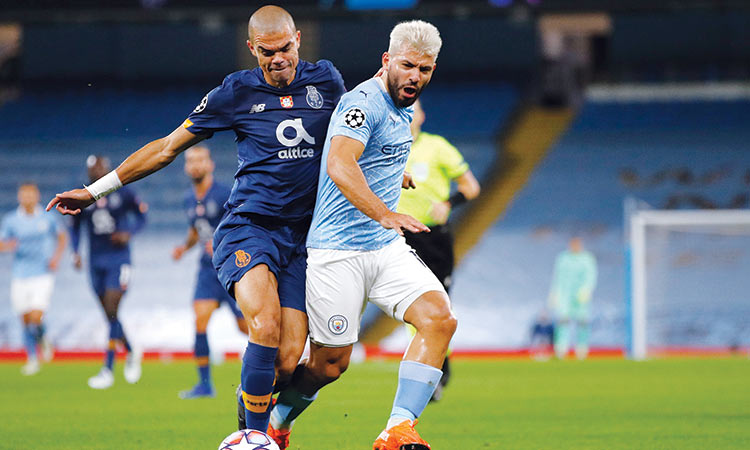