Story of a superstar: Stuff of Hollywood, a testament to power of one individual - GulfToday 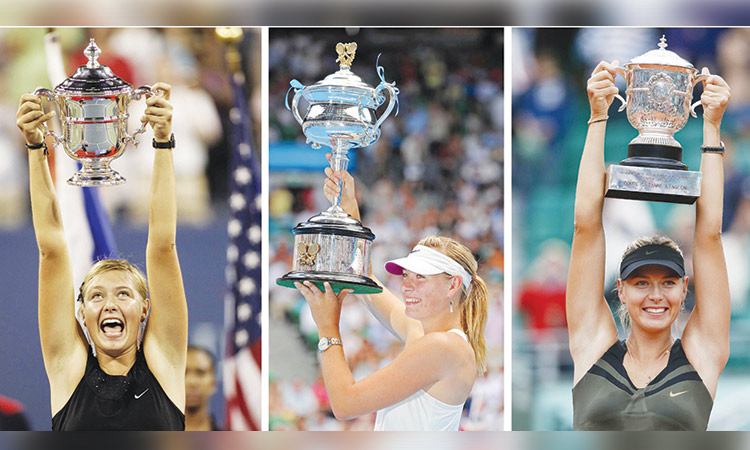 From the shadow of Chernobyl’s nuclear wasteland to international super-stardom and from penniless arrival in the United States, without a word of English, to estimated earnings of at least $300 million.

For a long time Maria Sharapova’s story was the stuff of Hollywood dreams, a testament to the power of one individual to make it, whatever the odds, whatever people think.

A drugs ban in 2016 and persistent injuries cast a shadow over her career and on Wednesday, with an announcement inVogue magazine, the 32-year-old brought her eventful career to an end.

“How do you leave behind the only life you’ve ever known? How do you walk away from the courts you’ve trained on since you were a little girl, the game that you love,” she wrote. 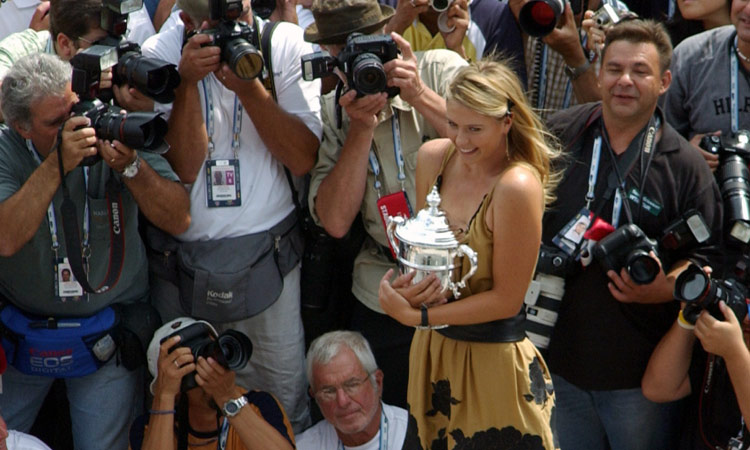 Sharapova shot to international fame as a giggly 17-year-old Wimbledon winner in 2004 — the third youngest player to conquer the All England Club’s famous grass courts.

She would go on to win the Australian and US Opens while claiming two titles at the French Open, despite famously likening her movement on Roland Garros’s crushed red brick to a “cow on ice”.

Siberia-born Sharapova first picked up a racquet at the age of four in Sochi, where her Belarus-born parents had settled after escaping the 1986 Chernobyl disaster.

Spotted by Martina Navratilova, she was encouraged to move to Nick Bollettieri’s Florida academy, the proving ground of Andre Agassi and Monica Seles.

Father Yuri and the seven-year-old Maria left for the US in 1994 with just $700 to their names.

Yuri took odd jobs like dishwashing to finance his daughter’s dreams although visa restrictions meant mother Yelena was back in Russia, separated from her daughter for two years. 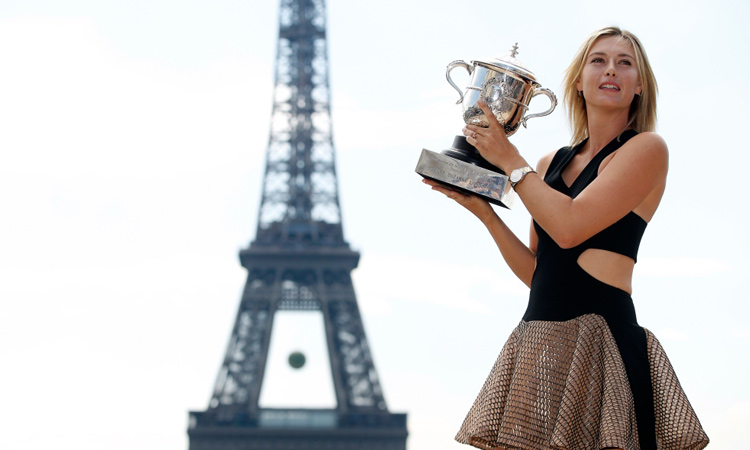 Maria Sharapova poses with the Suzanne Lenglen trophy near the Eiffel Tower in Paris. File / AFP

Sharapova made her professional debut at 14 in 2001 and by 2003 reached the world top 50. She won her first tour titles in Japan and Quebec.

Then in 2004, her Wimbledon final triumph in straight sets over Serena Williams made her an overnight international celebrity. One year later, she became the first Russian woman to be ranked number one in the world while, in 2006, she won her second major at the US Open.

She still had time to win the 2008 Australian Open before a second shoulder injury. But in 2012 she captured the French Open to become the 10th woman to complete a career Grand Slam. She added Olympic silver to her resume that year.

Her 2014 French Open title was another high after a dispiriting injury low.

More injury troubles followed before the bombshell announcement of her positive test for meldonium at the 2016 Australian Open -- where she fell in the quarter-finals to Williams, her last match before a 15-month suspension.

With Williams, she endured her most testing rivalry -- on and off the court.

The two famously exchanged personal insults over their love lives when Sharapova began a two-year romance with Bulgarian player Grigor Dimitrov, a rumoured previous suitor of the American.

She may have been unlucky in love, but Sharapova hit the jackpot in her commercial affairs.

She once signed a contract extension with Nike worth a reported $70 million and Forbes calculated in 2016 that she had made more than $300 million over her career from playing and endorsements.

“Beauty sells. I have to realise that’s a part of why people want me. I’m not going to make myself ugly,” she said.

She owns luxury homes and made a lucrative career as an entrepreneur.

In 2012, she launched her own line of candy, ‘Sugarpova’, and during her suspension, signed up for a Harvard Business School course.

For 11 years before her doping ban, Sharapova was the highest-paid female athlete in the world, said Forbes. When she was suspended Tag Heuer cut off talks over a new deal and Porsche and Nike suspended promotional plans, though they did not sever their links.