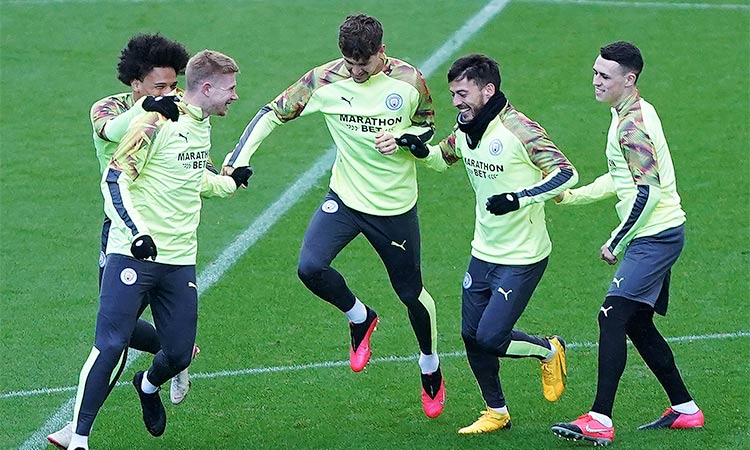 Manchester City players attend a training session on the eve of their Champions League round of 16 first leg match against Real Madrid in Manchester on Wednesday. Agence France-Presse

Manchester City will be up against both Real Madrid and their reputation on Wednesday as the Champions League’s biggest winners play one of its biggest underachievers at the Santiago Bernabeu.

Yet in some ways, City will seek a role reversal too. Madrid’s record is the envy of Europe but in particular by teams like City, whose financial might and technical talent has translated only into disappointment outside domestic competition.

In the time City have won three Premier League titles and five domestic cups, they have gone past the Champions League’s quarter-finals only once, reaching the last four in 2016, only to be beaten by Madrid.

Zinedine Zidane’s side, meanwhile, have surrendered dominance in La Liga to Barcelona but made amends for one Spanish league title in seven years by winning an four Champions Leagues out of the last six.

Few would argue that quality explains the difference. Madrid’s success has certainly been due in part to the brilliance of Cristiano Ronaldo but City have perhaps boasted an even better all-round collection of players and their excellence in England points to a club well-equipped to excel in Europe.

Instead, Madrid’s habit for coming through the kind of crunch games that have so often proved City’s undoing suggests each club’s identification with the Champions League has become something of a self-fulfilling prophecy.

Madrid believe this tournament is their tournament, a conviction based on historic success that makes them assured under pressure and ruthless in the decisive moments.

“When you have a history of the (Alfredo) Di Stefano period, winning five or six European Cups at that time, it means a new player that comes to Real Madrid and puts on that shirt knows ‘we have to defend our history’,” said Guardiola.

“That gives them a boost because they live that history.”

When Madrid last won the Champions League by beating liverpool in the final in 2018, their advance to the trophy seemed to rely on a number of crucial interventions falling their way.

In the semi-final against Bayern Munich, they progressed after an error from Bayern’s goalkeeper Sven Ulreich.

In the quarters, they were awarded a fortuitous 97th-minute penalty to beat Juventus. Even in the last 16, they faced a Paris Saint-Germain side without the injured Neymar.

Yet where some saw luck, Madrid’s coach and their players saw a refusal to give in.

“The point is Madrid never give up,” said Zidane after their last-gasp triumph over Juventus.

“We came up against a number of obstacles but we believe in the goals we want to achieve and we achieve them because we fight.”

“The king of this competition against a team who are not used to playing this kind of game much, because our best performance was one semi-final in our history.

“So, in a marvellous stadium we have to show our personalty.”

Personality to Guardiola means a certain style as well as attitude but to Madrid, the objective is more straight-forward.

“At Real Madrid, every season, you have to go for everything and win everything,” said Zidane last summer. “And more importantly, we believe we can do it.” 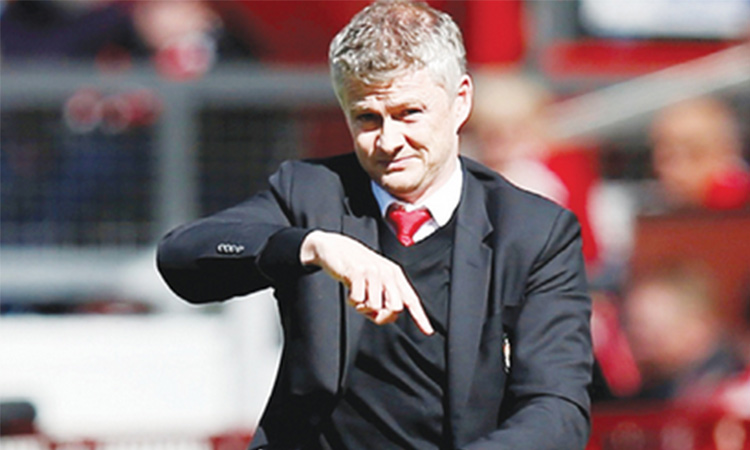